She dropped out her senior year and spent the next two decades as a single mother working to support her family. At 37, after years of preaching to her children about the importance of education, “I stopped being a hypocrite and decided to go back to school.”

That path isn’t easy, especially when you’re working and raising a family. But besides her own drive to succeed, Ford has Jean Veatch on her side. Veatch, a Duke Energy project leader, has mentored, counseled and collaborated with Ford throughout her educational journey.

In May, Ford plans to graduate with a bachelor’s degree from Queens University of Charlotte and pursue a career in organizational psychology.

“Jean has added so much value to my life,” Ford said. “She supports me professionally, personally and emotionally – she’s the one who will say, ‘Take a deep breath and let’s look at it from a different perspective’ – she’s just a great person.”

The two met through the Women Executives for Community Service’s WINGS program, a nonprofit based in Charlotte. The program pairs established professionals with women whose educational aspirations face a range of barriers such as poverty, family needs or domestic abuse. 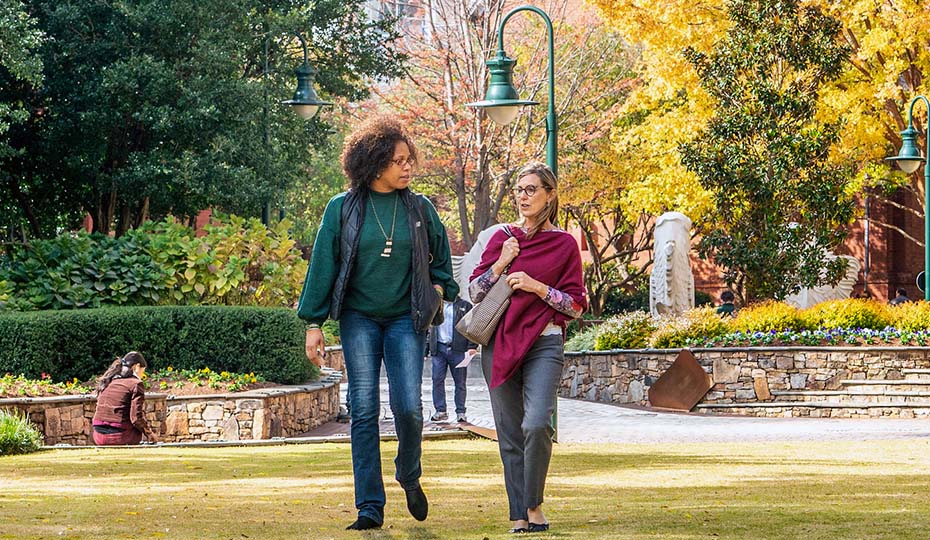 Nykke Ford, left, and Jean Veatch get together regularly for lunch and to catch up.

“Our focus is to get them through school while supporting them as women,” Veatch said. “Many have overcome great challenges in their lives to get to this point.”

Expectations are high and so are results. Since the program began in 1995, more than 75 percent obtained college degrees, and the vast majority significantly increased their earnings.

“It tells you the value of a college degree; and what I believe sets us apart is the mentoring by these professional women,” said Katie Porier, a Wells Fargo analyst who is president of Women Executives for Community Service. “Not only are they acting as cheerleaders and supporting the scholars, they’re giving them access to this strong network of professional women across Charlotte.”

Besides mentoring, Veatch serves as the Champions and Resources chair, coordinating with businesses and nonprofits to help with professional clothing, laptops, computer training and counseling. Veatch had the vision to include Goodwill Industries, where she’s a board member, as a nonprofit partner, which expanded services for women in the program, Porier said.

“Jean has such a wonderful positivity and energy about her, and she’s very creative about finding ways to support our scholars,” Porier said.

Veatch and Ford meet every other month over lunch. First, they catch up on families (they each have four children) and then talk about Ford’s progress, goals and the steps she needs to take to achieve them. 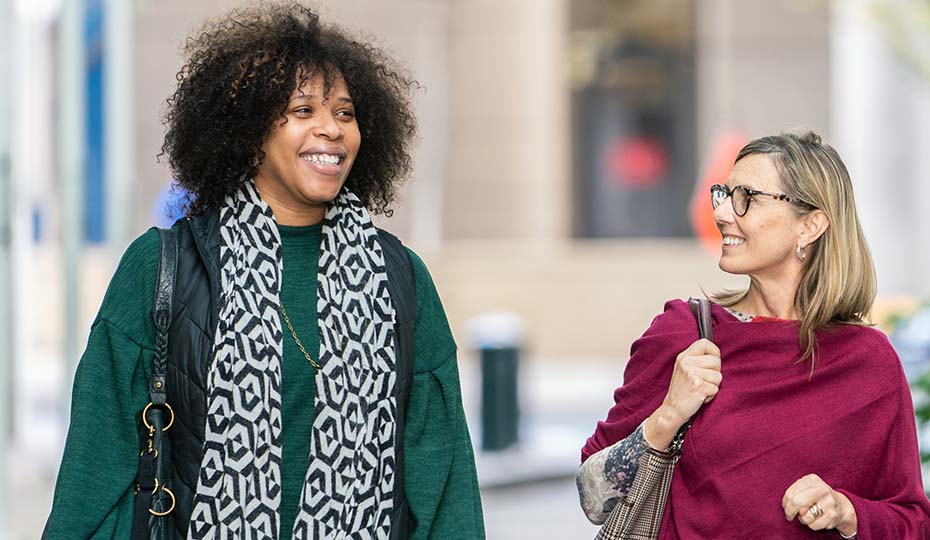 Veatch said Ford is bright, passionate about helping the less fortunate and bursting with potential.

“Nykke has so much capacity. She’s full of life and full of great ideas and really thinks in global terms,’’ Veatch said. “I really believe in her.’’

Ford, whose children are now mostly grown, said she spent so much time worrying about their education that she neglected her own. She weathered many hard years, including a 2009 house fire that left the family temporarily homeless and sleeping in her car.

“The biggest obstacle was just starting,” Ford said of her decision to go back to school.

In the five years since, she earned her GED, then an associate’s degree before enrolling at Queens.

“Being in the classroom has led to everything wonderful that has happened,” Ford said. “It was terrifying, but somehow I knew I’d be OK. And Jean has become like family to me. She’s one of my flat-tire friends – one of those people you know would come to help if you needed her.”