For Duke Energy lineworkers who helped restore power in Puerto Rico, the nearly two months they spent on the hurricane-ravaged island changed them in ways they never expected.

Some returned home with a refreshed outlook on life.

“You realize what you’re blessed with back at home, as far as family, work and friends – the things you hold dear to your heart,” said Craig Mustard of Lebanon, Ohio. 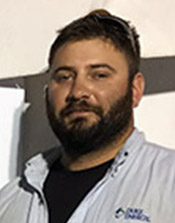 Others learned to become more resourceful on the job.

“It was just a good learning opportunity, trying to make do,” said Shane Byrd of Mooresville, N.C. “In Puerto Rico, we had to salvage everything we could.”

They also came back with a new respect for the resiliency and kindness of Puerto Ricans.

“It was a humbling experience,” said Mike Haynes of Marion, N.C. “It’s so simple a way of life down there. These folks are not used to having all the luxuries we have back in the States. They were grateful to see us. We definitely made a difference in their lives.” 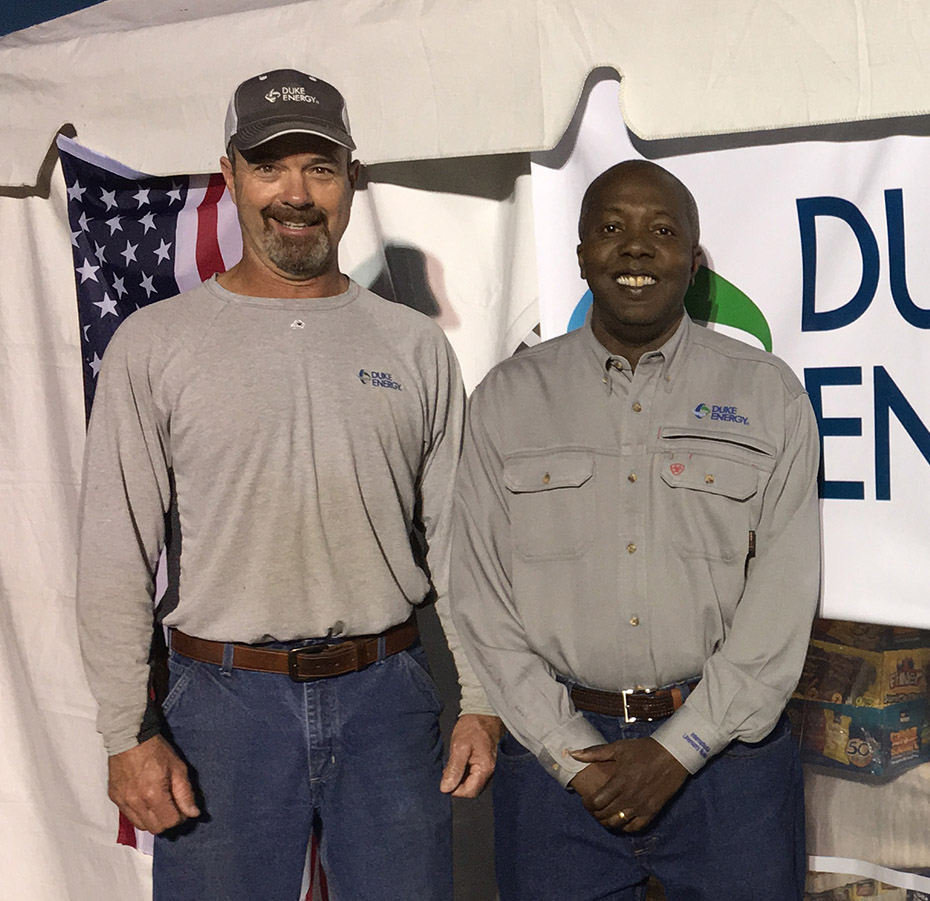 When the contingent of 227 Duke Energy workers began in January, islanders greeted them with joy. They cooked meals for the lineworkers. They worked side by side, helping to clear brush in their remote mountain communities. Residents of the U.S. territory had been without power since Hurricane Maria swept ashore on Sept. 20, yet they never complained or asked the perennial question that lineworkers hear on the mainland:

“One gentleman, I guess he was in his upper 60s, early 70s, he had a machete and he was out there with us two or three days in a row, helping clear out paths,” Byrd said. “There was so much undergrowth. The wires were covered with weeds. In some cases, we would come back the next day and they would have the whole path cleared out to make it easier for us to pull the wire back to the house.

“The city of Ponce, where we were staying, they had shopping malls, Lowe’s, Home Depot. But in the mountains, 20 minutes up the road," he said, it was completely different.

The harsh terrain made restoration work much more challenging than the lineworkers were accustomed to. They woke at around 4:30 every morning and worked 15-hour days with only a few mandatory days off to rest and recover. As grueling as it was, they said they would do it again.

“It was the experience of a lifetime,” said Jimmy Guzman, emergency preparedness manager for Duke Energy Florida. “What we were able to accomplish with limited materials was truly amazing.” 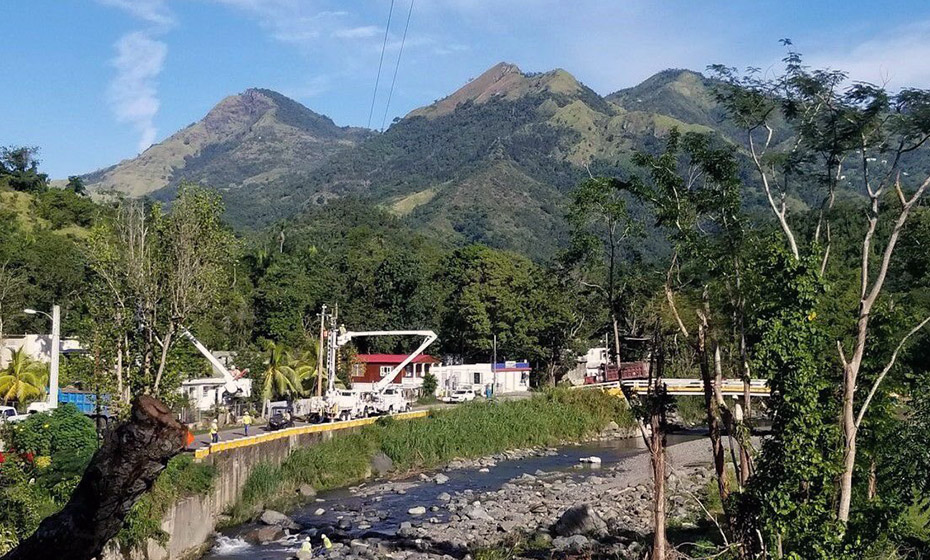 “They would climb through treacherous terrain, climb down gorges, anywhere they could go to find material,” said Rufus Jackson, vice president of Distribution, Construction & Maintenance in the Carolinas-East region, who led Duke Energy’s effort in Puerto Rico. “Many days, we would park our equipment on the side of the mountain and they would have to either hike or utilize rental ATVs to reach our actual work location.

“They were not taking ‘No’ for an answer. They were going to get the lights back on. This could have really turned into an event where high levels of frustration set in within the first week. When we accepted that material would not be readily available to us, that’s when we started thinking: How can we do it?

“Defeat was not an option.”

They restored power to 7,021 customers. It was slow going. Sometimes it took two to three days just to get the power back on for two or three customers, Jackson said.

“They nicknamed us ‘the Dukies,’” Jackson said. “They loved the Dukies.”

Lineworkers are typically a rugged breed, he said, but the outpouring of gratitude moved even the toughest among them. “It gave us all chills.” 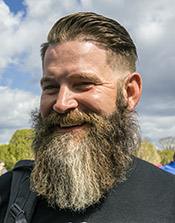 On one of their rare days off work, Byrd said he returned to the home of an 84-year-old woman who lived alone in the mountains. While restoring power to her house, he noticed a tree that had fallen across the path and broken her water line. Byrd and others, including his wife, Sonya, who was visiting from North Carolina, cleared away the tree and other brush so the water line could be repaired.

“It was rewarding to help people,” Byrd said. “My wife and I are both very involved in our church. She’s been on mission trips but I’ve never been able to go. In a way, this was kind of like being on a mission trip.”

In the two weeks since they’ve been back, Mustard has spent time reflecting on the patience of the Puerto Ricans in the face of adversity and on Duke Energy’s role in helping them.

“Being such a big company like we are, we have the resources to help and we have a lot of very skilled individuals that a lot of different places don’t have,” he said. “Just to be able to help and use our skills and see how it affects people in a positive way, it is a good feeling.”