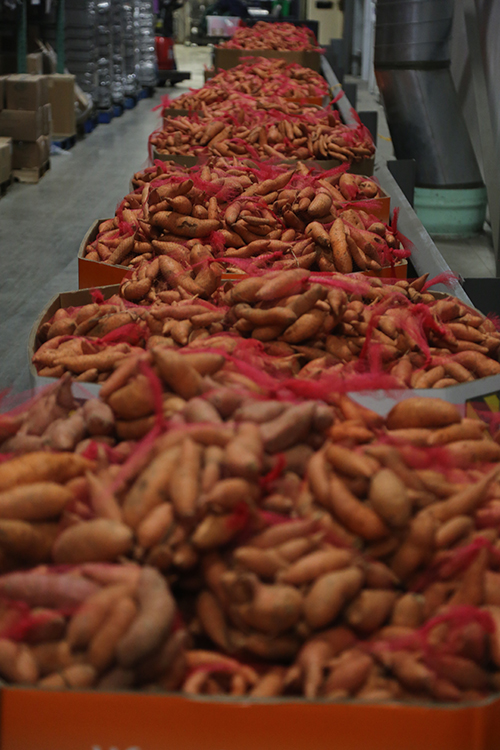 Sweet potatoes must meet size and shape requirements for commercial sale. According to Kyle Williams, director of corporate partnerships at Second Harvest Food Bank of Middle Tennessee, even though they taste the same and have the same nutritional value, large sweet potatoes are difficult to sell in bags, and shoppers are less likely to choose irregular shapes.

Some unwanted sweet potatoes end up in cans or as animal feed, but most are thrown out. Non-profit ReFED estimates farms lose about 10 million tons of cosmetically imperfect or unharvested foods each year.

David Cloniger had an idea to stop the waste.

It worked out well, but it’s a labor-intensive process. 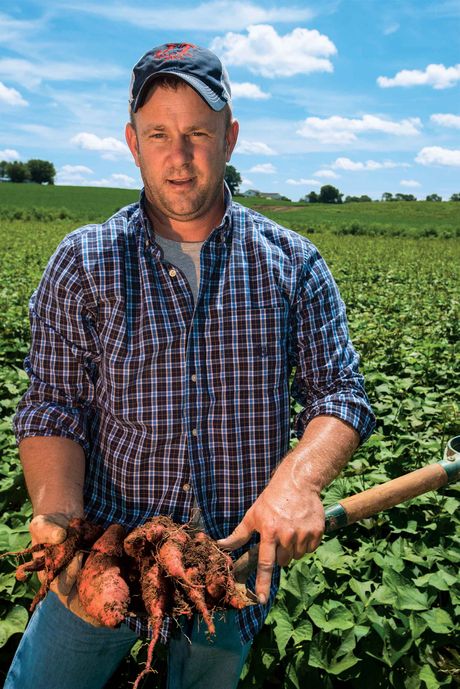 Then, the sweet potatoes are loaded on pallets for food bank volunteers and staff to transport one hour and 30 minutes from Fayetteville, Tenn., to Nashville.

To help support the program, Piedmont Natural Gas Foundation awarded a $100,000 grant to the food bank in 2015. The grant meant the food bank could pay West for the potatoes so he could pay his 15 to 20 employees to collect the sweet potatoes from the field.

“That’s my favorite part of the program and what we contribute to – it hits workforce development by paying workers an honest day’s wage, and it offsets environmental concerns,” Piedmont Natural Gas Community Relations Manager Stephen Francescon said.

“I’m not getting rich doing this,” West said, “but it’s something I think ought to be done. I’ve thrown away bins of sweet potatoes in my life, and that just makes me sick.”

He said he would take them to a cannery, but the nearest one is about 400 miles away, so being able to pay his workers and know the produce he worked hard to grow will be on a family’s table is a good feeling. 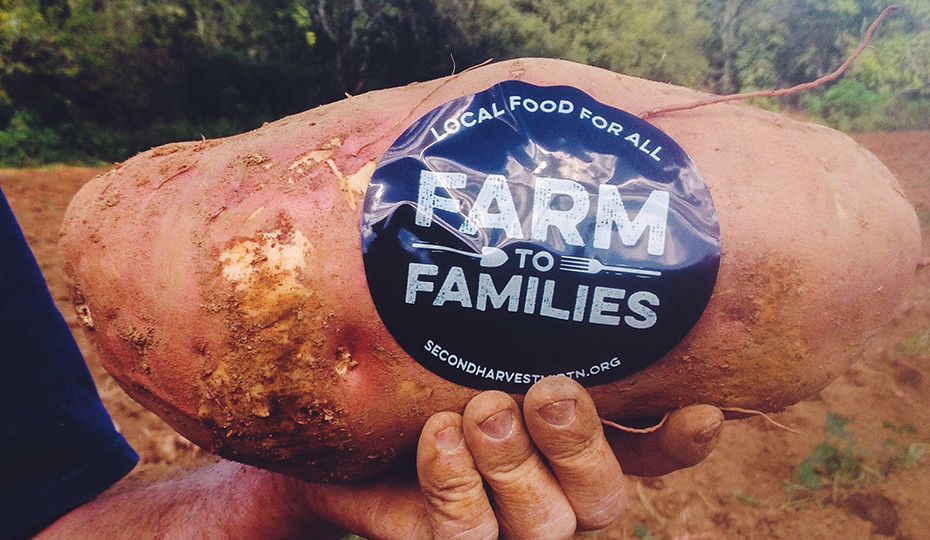 Sweet potatoes, like this one, that are too large to sell to supermarkets are donated to the food bank.

“This is a good, healthy product,” West said, “and the thing about sweet potatoes is they keep a long time.”

If stored in a dark place in dirt at the proper temperature, sweet potatoes can last up to a year, according to West. Some of Second Harvest’s sweet potatoes are distributed immediately, and others are stored to be distributed as needed throughout the year.

“There’s no need for anybody to go hungry in this country. Something may not look as pretty,” West said, “but sometimes, the ugliest apple is the sweetest.”