What do solar panels mean to you? Reduced energy bills? Cleaner energy? How about reduced dependence on energy sources outside the United States, where energy supply may quickly be disrupted?

The Department of Defense, which focuses on all three benefits, wants at least 25 percent of any of its facility’s energy consumption to come from renewable sources. That mandate and the Duke Energy Solar Rebate Program spurred a conversion of 284 houses to solar power at Shaw Air Force Base near Sumter, S.C. 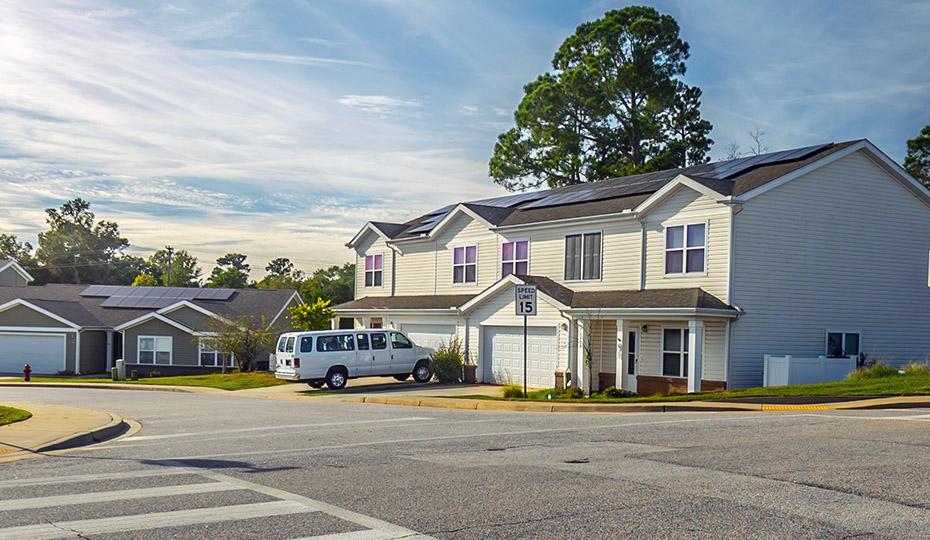 Duke Energy and other power companies stepped up after the South Carolina Legislature’s Act 236 in 2014 promoted innovative renewable energy. Duke Energy offered to rebate $1 per kilowatt installed, up to a total of 53 megawatts. That program became so popular, said Duke Energy Senior Project and Services Manager Wendi Fleener, that all the allotted megawatts have been reserved.

Hunt Military Communities builds and maintains units for the armed forces. “We want to be stewards of the Earth and look for sustainable measures,” said Hunt Vice President John Hoyt.

Abraham Weiner, vice president of Hunt’s alternative energy programs, said those 284 homes took 5,685 solar panels, which could offset 40 percent of electrical consumption. The supply of 2.4 million kilowatt-hours a year is equivalent to 648 tons of waste recycled, or nearly 400 cars taken off the road.

“This is part of our broader strategy,” said Weiner, who notes Hunt has a significant solar presence in Hawaii and plans to develop others in Minnesota and Colorado. “We have been looking for opportunities where it makes sense to go solar; with Duke Energy in South Carolina, it made economic sense.”

The company set two targets: 53 megawatts of customer-sited solar (such as rooftop installations) and 106 megawatts in utility scale, which means solar plants of 1 to 10 megawatts. More than 50 megawatts of the first goal have been allotted, and the rest should be next year. The second goal should be halfway met by 2021. “We want a plan that grows renewables in South Carolina in a way (that keeps) the grid stable and customer rates affordable,” Colley said. 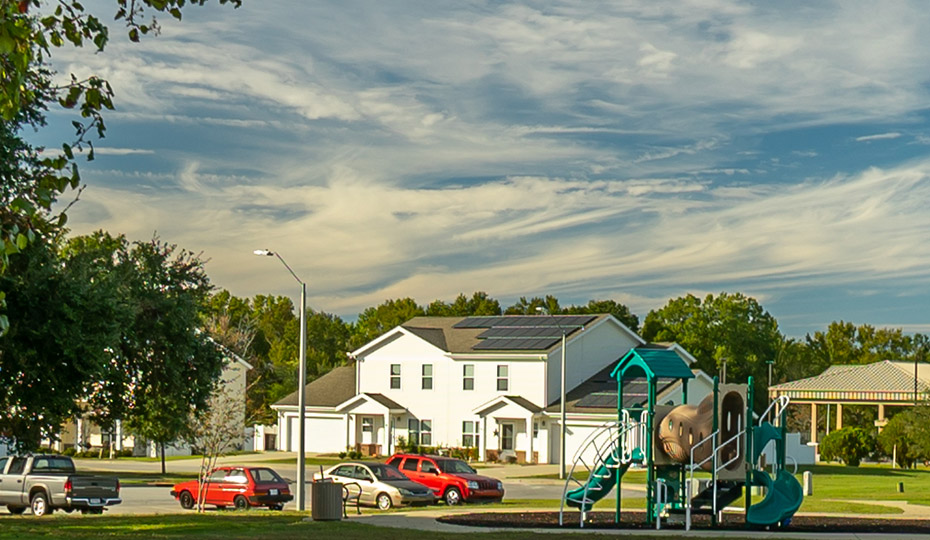 In the company’s Shared Solar program in South Carolina, customers receive a monthly bill credit for the value of the energy produced by their subscription size in the facility. The program also has a component for low-income customers.

Duke Energy is one of the few companies in the Carolinas to offer solar leasing to commercial customers. A subsidiary will build and operate on-site solar facilities that will allow customers to access renewable energy without paying a large upfront investment.

In North Carolina, the company’s $62 million solar rebate program for residential, commercial and nonprofit customers has helped 3,000 customers in its first two years.

“I have a total of 100 megawatts to award over a five-year period,” Fleener said. “The residential and commercial buckets filled up very quickly for 2019; a waiting list is now in place, though we still had nonprofit allocations. Eligibility comes up every year.”