A microscopic tear in a rubber glove could mean the difference between life and death for a lineman working with high-voltage electricity. So when Richard Moore trains technicians to test field equipment, he warns: 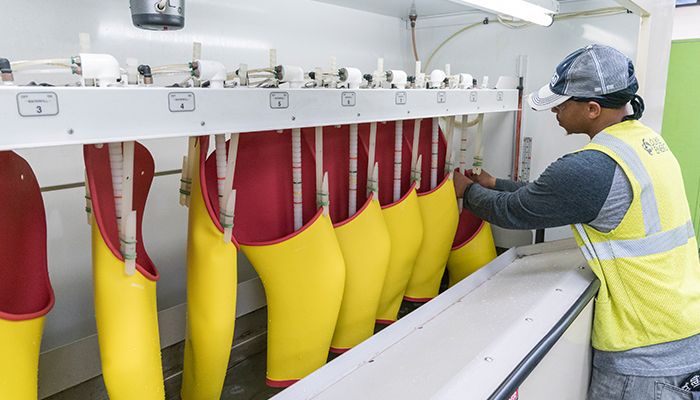 “The only thing stopping that lineman from getting killed could be you.”

Each year Moore and his team test more than 160,000 pieces of protective gear – thick, brightly colored rubber gloves, arm sleeves, blankets and line hoses that provide insulation to prevent the flow of electricity.

When there is a hole in the rubber, he said, electrons (amperage) can travel through a worker’s body if the worker is also touching a grounded surface. Depending on body size and other factors, an electric current of 60 to 100 milliamps can stop a worker’s heart. Higher exposure can dramatically damage body tissue.

“When the electrical current comes in, it’s looking for a way out,” Moore said. “They could get electrocuted.”

The lab is a literal hum of activity, the whir of industrial-size washing machines and dryers and compounded with the steady thrum of electrical testing machines that send tens of thousands of volts of electricity at each piece of protective gear.

One morning, six technicians carefully worked their way through dozens of blankets and gloves and arm sleeves and line hoses, one after the other, every next one looking to the untrained eye like the one before it. 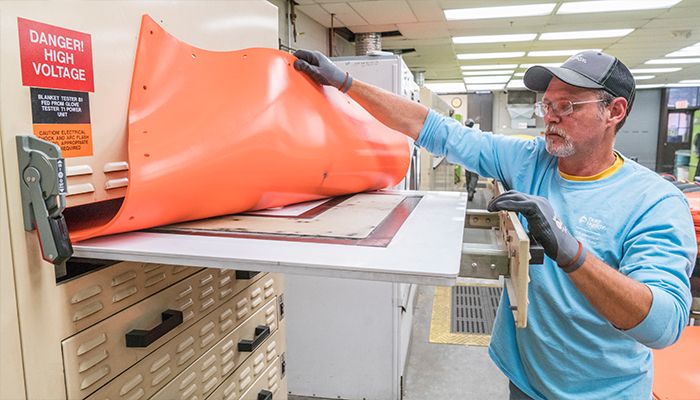 “It gets busy and monotonous and very repetitive,” Moore said. But there was no music or chit-chat or other distractions to help pass the time. Each man focused on the one piece of equipment before him, searching for the slightest imperfection before moving on to the next.

The blankets are flexible squares of thick orange rubber that field workers can wrap around exposed power lines or cover hardware to prevent contact with electricity. To make sure there were no holes or tears or dry rot, Dan Golden placed a blanket into each of four drawers of a testing machine and powered it up to 40,000 volts.

After a couple of minutes, a red light flashed and an alarm blared. On the blanket in the top drawer, Golden found a burn spot the size of a Skittle. The blanket “failed” and was withdrawn from use. But Golden didn’t see the test as a failure. 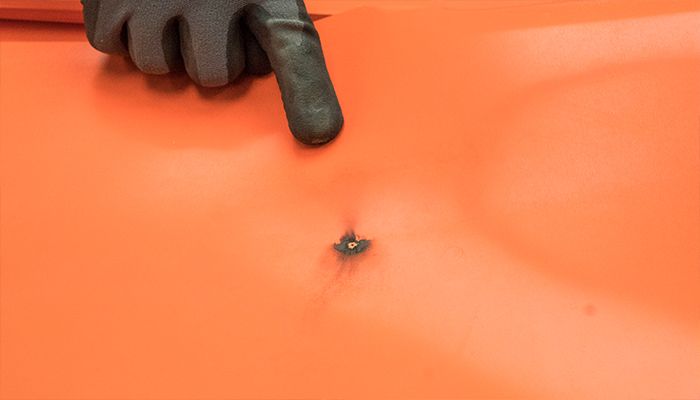 A small hole could be deadly.

“We are happy when it fails here,” he said. “That way, if somebody’s using it in the field, they won’t die.”

Across the room, Chris Youngblood tested large black rubber gloves. He hung 16 at a time inside the machine, electrodes protruding down into the gloves. The machine then filled the gloves with water, partially lowered them into a vat of water and unleashed 20,000 volts of electricity.

All 16 gloves passed the test.

But Youngblood included a glove he knew was defective. He wanted to demonstrate how crucial the next step in testing is. He fit the glove over an inflator and filled it with air like a balloon. As the glove grew larger, a microscopic pinhole expanded near the top of the sleeve. He heard air escaping. He rubbed his hand over the glove and felt air. By then, he could see the hole. 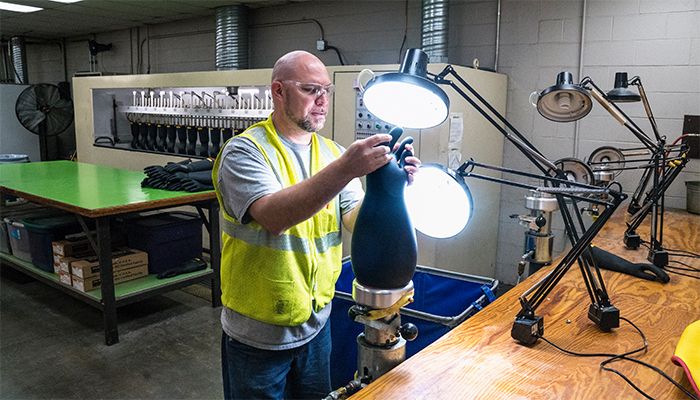 “This electrical test machine just said that all these gloves are good for our linemen to use and it’s got a hole in it,” Moore said. “We fail up to 10 times more on this inflation test than on the electrical test. We can see every little imperfection.” 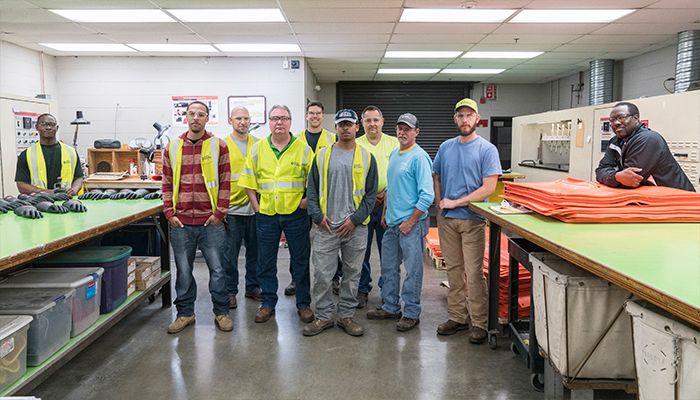 But testing doesn’t end at the lab. Every day in the field, lineworkers check again.

“We visually test it,” said Marc Tanner, a Duke Energy electric trouble supervisor in Ohio and Kentucky. “Before you leave shop, you do an air test on your glove. If we think something may have happened in the field, we recheck. If we see something we don’t think is right, we send it back to be retested.”

Tanner called the lab technicians in Charlotte “our first line of defense.”