Town officials survey the damage - plan for the future

Inside the temporary general store

Everyone is welcome in Rabbit Hash

After the fire - Rabbit Hash to remain on the National Register

The historic district of Rabbit Hash along the Ohio River in rural Boone County, Ky., with its antiques, wine tastings, live music and weekend festivities, provides a respite for nearby residents, bikers and thousands of visitors every year.

The heart of the community is the Rabbit Hash General Store, listed on the National Register of Historic Places. As a continuous working store near Cincinnati, Ohio, it survived the Civil War, the Great Depression, landslides and multiple floods. 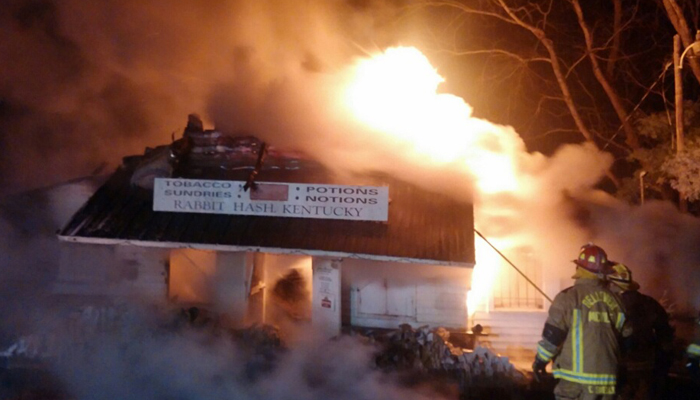 But life changed Feb. 13, 2016. A fire burned nearly the entire structure to the ground, rocking the community’s soul. Local residents and people throughout the surrounding communities grieved.

“It was 8 degrees when I pulled up. My first thought was how am I going to make this thing unfold,” said Jeff Hermes, Belleview-McVille fire chief. “It was sickening.”

"At first I didn’t believe it,” she said. “The minute I saw it, I thought it wasn’t too bad. But when the beams came down on the inside, I knew we could not save as much as I had hoped.”

Immediately after the fire, donations poured in from across the county and the country to help rebuild the historic landmark. Individuals and businesses gave money. Duke Energy gave $25,000 to the restoration effort.

Jim Henning, Duke Energy president of Ohio and Kentucky, said it was important to “invest back into the community by helping to rebuild this historic building.”

Even schools stepped in.

“Kelly Elementary in Belleview Bottoms, about 5 miles upriver, collected $1,100 in support of the restoration,” said Duane Doyle, Rabbit Hash Historical Society vice president and Duke Energy employee at East Bend Station. “It was very impressive that the youngsters donated so much.”

A spirit of hope quickly returned, thanks to the incredible support. Within a week, the temporary Rabbit Hash General Store opened in a barn hall down the street. Eight days after the fire, the town bustled 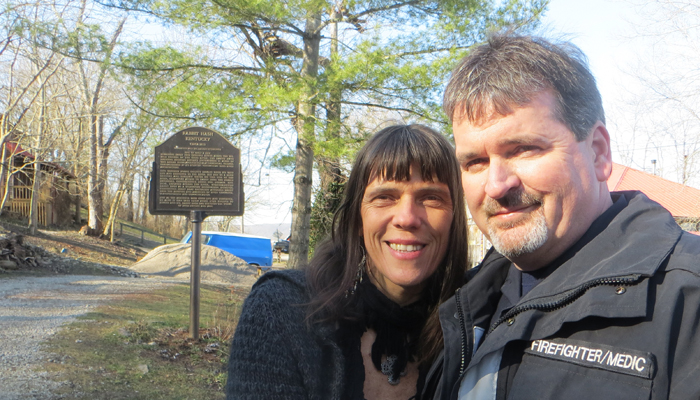 on a sunny, early springtime afternoon when numerous visitors poured into the streets to enjoy the music and share good times.

“It’s amazing how the community responded. I’ve met so many people who never visited Rabbit Hash but wanted to show support,” Markesbery said.

Rabbit Hash, center of the universe

Town officials and residents hope the new general store will be standing within a year. How will it look? Just like the original. To remain on the National Register, building materials must be as old as the store. The historical society is working with farmers and agencies to obtain wood from antique homes and barns.

For the residents of Rabbit Hash, what’s important is what the general store represents. 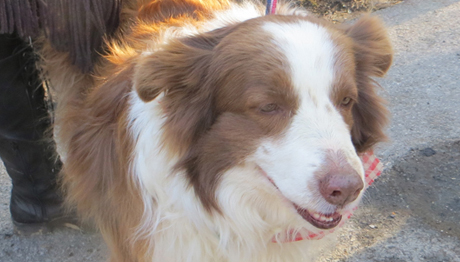 “The heart of the town may be the general store, but the soul of the town is its people,” said Tom Luebbe, operations manager for Verona Vineyards, which hosts wine tastings on weekends in Rabbit Hash. “Everyone who has ever visited knows what a special place it is, but even with the general store out of commission for a while, that hasn't changed."

Kayser summed it up this way:

Get acquainted with Rabbit Hash

See why Rabbit Hash is a special place.

Learn how the town got its name, look up the event schedule or buy merchandise. You can also make a donation to the restoration effort.

At the Rabbit Hash Historical Society, you can meet Mayor Lucy Lou. She is a border collie who, in a hotly contested race, beat out nine other dogs, one cat, one opossum, one jackass and a human.

Lucy Lou is the first female mayor and has served for seven years, but rumor has it she will not run for a third term.