Hap Powell and Ben Niese didn’t expect to work with renewables when they started their careers in the energy industry. But as Duke Energy transitions from fossil fuels to renewables, their roles evolved, too.

After eight years at the Gibson coal plant in Indiana, Powell switched careers. He’s now operations and maintenance superintendent at Woodsdale and Madison natural gas plants and three solar installations in Kentucky. Many of Powell’s teammates started in coal plants, which, he said, helped them learn how to operate other power plants faster than someone without plant experience. 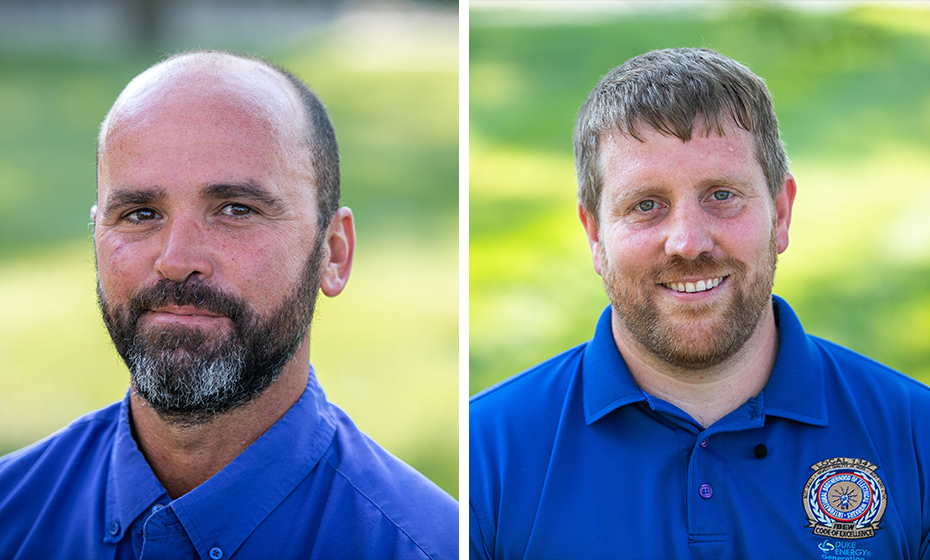 Hap Powell, left, and Ben Niese started their careers in coal-fired power plants and have transitioned to operations and maintenance roles at two Ohio natural gas plants and two solar plants in Kentucky.

“They pick it up a lot quicker,” he said, “and we were all really excited to get the opportunity to learn solar.”

“I think with solar,” Niese said, “I knew it was going to be excellent supplemental power, but I never expected it to be more of a daily-use power.”

While solar and fossil fuels might seem like an unusual pair, natural gas plants like these will help Duke Energy retire 16 gigawatts of coal-fired generation while continuing to provide reliable and affordable electricity. This transition is part of the company’s strategy to reach net-zero carbon emissions by 2050.

Duke Energy has reduced its carbon emissions by about 40 percent since 2005, retired more than 50 coal units since 2010 and grown its solar and wind portfolio to roughly 200 installations in more than 22 states. Natural gas is not carbon free like nuclear power and renewables, but it emits nearly half as much carbon dioxide as coal plants. 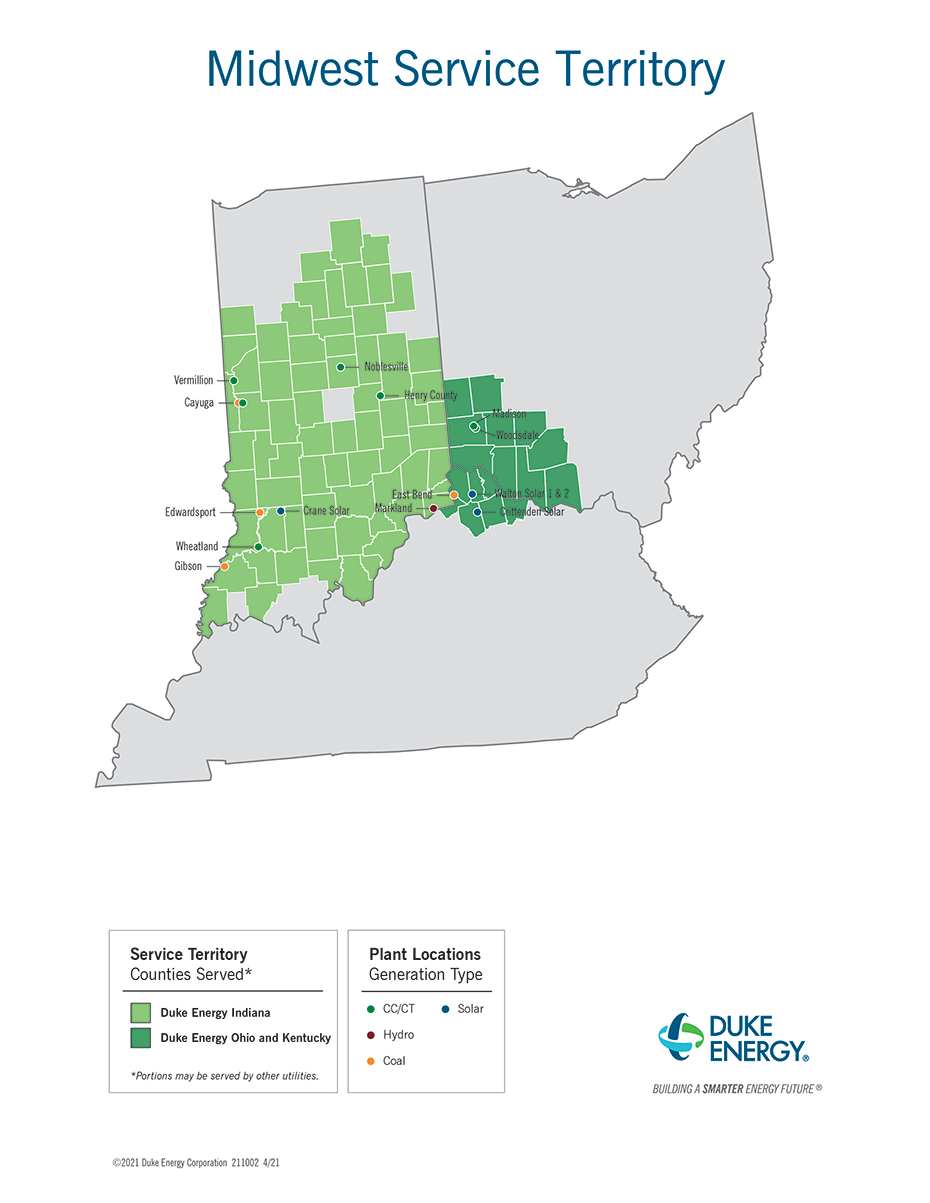 Duke Energy expects renewables to make up its largest generation source by 2050, but traditional generation types like natural gas will work with solar to provide stability while lowering emissions.

How do solar and natural gas work together?

From their control rooms at the natural gas plants, Powell and his team can generate enough electricity to power hundreds of thousands of homes in less than 12 minutes. This is much faster than most power plants can begin generating electricity. That flexibility is critical when temperatures are extreme and grid operators need to supply customers with electricity to heat or cool their homes.

Because solar power is intermittent, these natural gas plants (often called peakers) can be ready when the sun isn’t shining.

The operations and maintenance teams at Woodsdale and Madison took responsibility of Duke Energy's solar sites in Kentucky when they started generating electricity in 2017. In Indiana, teams at Wheatland Peaking Station support the solar installation at Crane naval base, too. 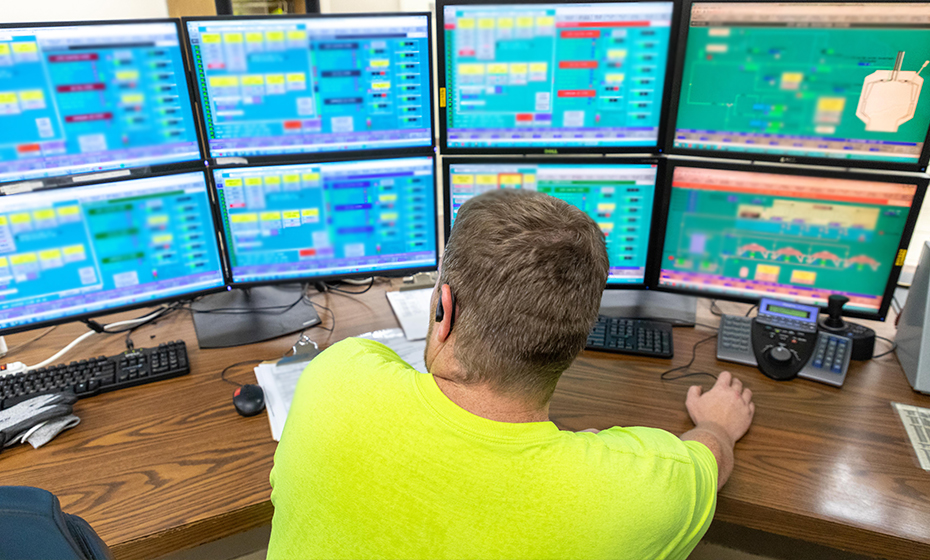 Niese in the control room at Woodsdale Station where he can monitor and operate the natural gas plant as well as Duke Energy's Kentucky solar sites.

Duke Energy employees can monitor the solar sites from the natural gas plants’ control rooms and travel to the sites to make repairs or for planned maintenance about once a month. Combustion turbine technician Niese spends most of his time at Woodsdale and Madison plants testing, repairing and upgrading equipment so the natural gas plants are ready when they’re needed.

Like Powell, Niese said he didn’t expect to work with renewables when he started his career as an electrician.

He joined Duke Energy at a coal plant, too, before coming to the natural gas and renewables operations and maintenance team. In his current role, he enjoys being able to fix things like he did as an electrician, but working in electric generation, he said, is even more rewarding.

“It feels good knowing when you see the lights on in somebody's house or a family's warm in the winter,” he said, “it's because we were able to put power on the grid.” 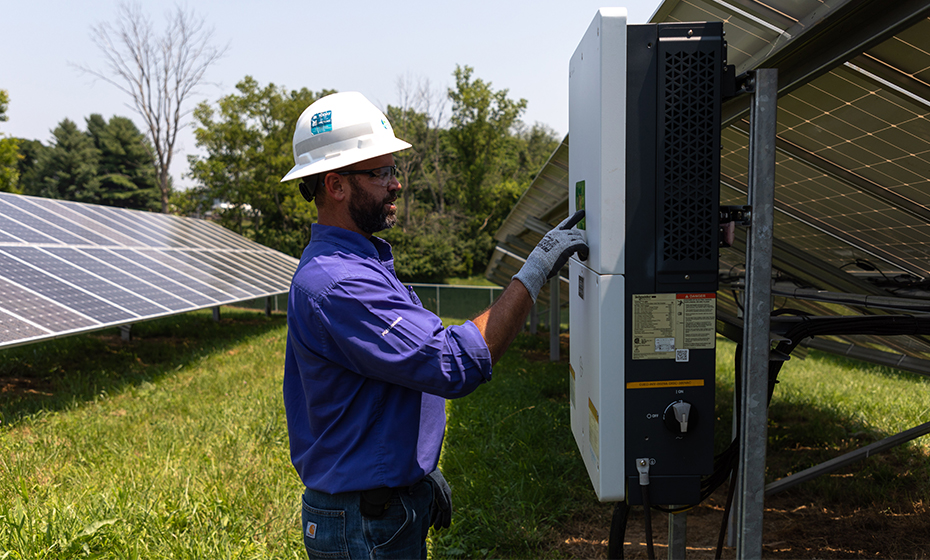 Powell's team travels to each solar site at least monthly for maintenance or repairs.

Duke Energy plans to grow from 10,000 megawatts of solar and wind to 16,000 megawatts by 2025. This will lead to more opportunities in renewables, and Powell said he believes having diverse skills in power generation can only help grow your career, too.

“That was one of the reasons I looked into taking this position here. I enjoy learning new things,” he said, “and you never stop learning in the power industry. If you're not learning, you're not trying because there's always something to learn.”