Assistant Fire Chief Bobby Plair, his wife, Tonya, and other volunteers have been giving away food and supplies for two weeks to people suffering the aftermath of Hurricane Michael in St. Joe Beach, Fla. 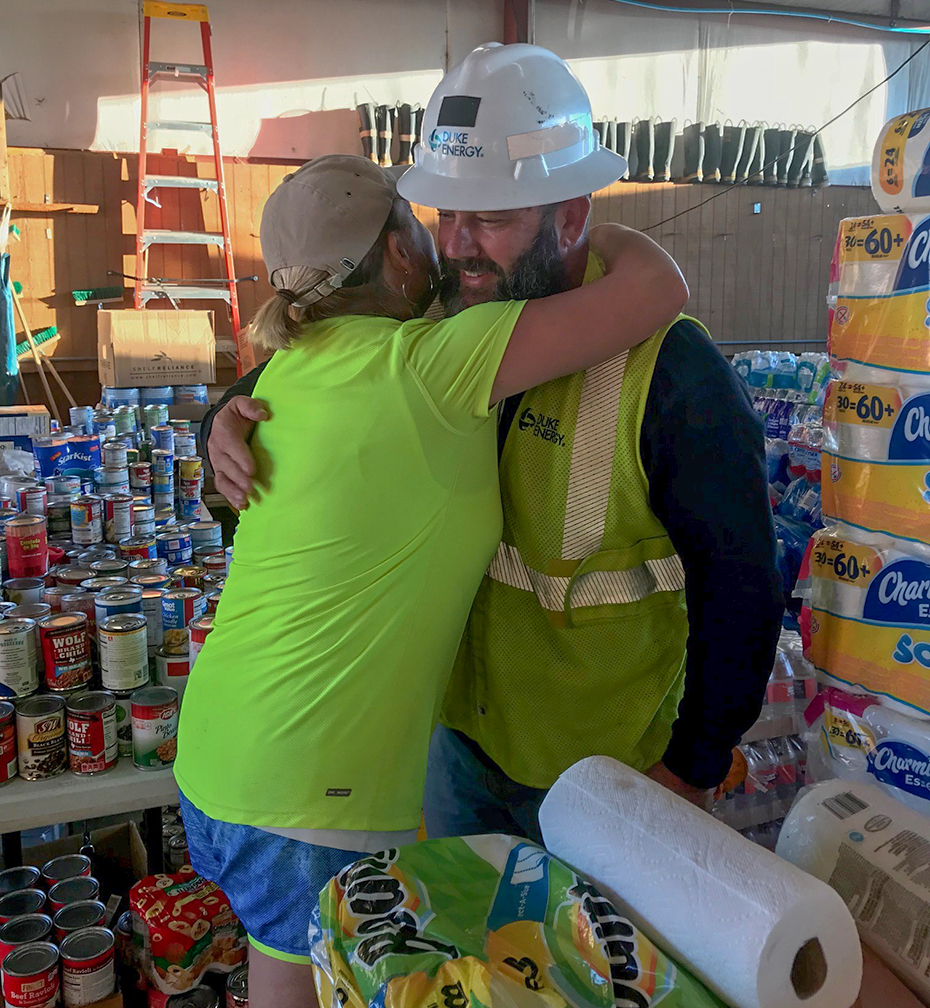 Homes were demolished, stores were damaged and others closed. And even though Gulf County Beaches Fire Station didn’t have power either, it serves as a resource center.

Then, Duke Energy turned the lights back on at the fire station on Oct. 24, and, coincidentally, at Plair’s house, too. It was damaged, but still livable after the storm.

“We were doing cartwheels,” Tonya Plair said. “It makes me want to cry. We have been taking cold showers with candles.”

A Duke Energy strike team of more than 500 is tackling the severely damaged energy grid in phases. Its first phase is rebuilding the backbone of its electrical infrastructure to restore service to critical facilities, like the fire station, to help the area get back to normal. That day, they restored a breaker at a substation and one of three feeders that provided power to portions of Gulf County’s drinking water and sewer facilities.

“It’s very satisfying to help people in need, especially in a storm this devastating,” Duke Energy feeder coordinator C.J. Bennet said. “This is the worst I’ve seen in 20 years of doing this.”

They aim to have the first phase complete by Oct. 29. By Nov. 3, they plan to have restored power to all customers who can receive it. In some cases, homes are gone or too badly damaged to receive power again. 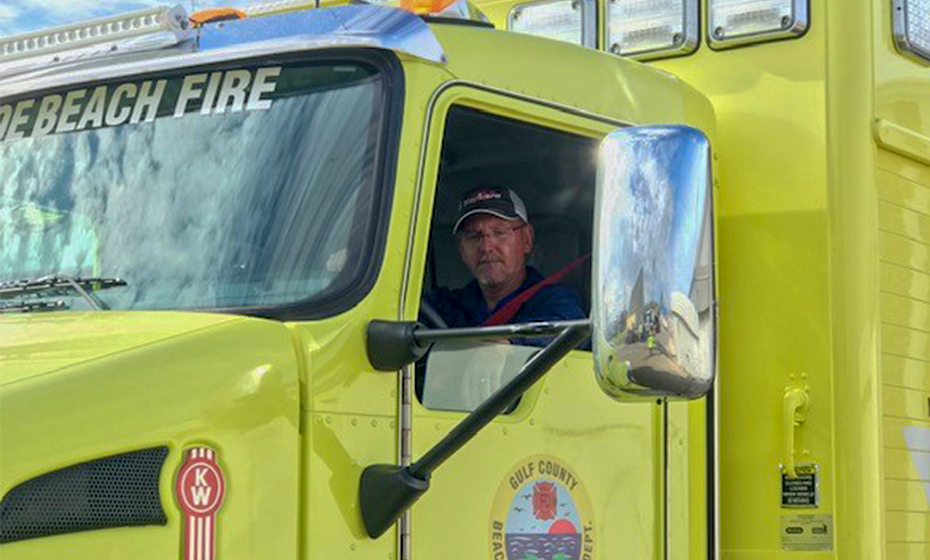 As they rebuild, they are hardening the grid by replacing the old equipment with stronger poles and lines, and viper reclosers, which can be used for self-healing systems in the future.

Tonya Plair said she’s looking forward to the future. The Plairs have lived in St. Joe Beach for 55 years, and she’s been a teacher at Port St. Joe Elementary for 26 years—of her 20-something students, only seven are back in class. Some of her Mexico Beach families have moved away—at least for now—and it’s difficult to say where the rest are. 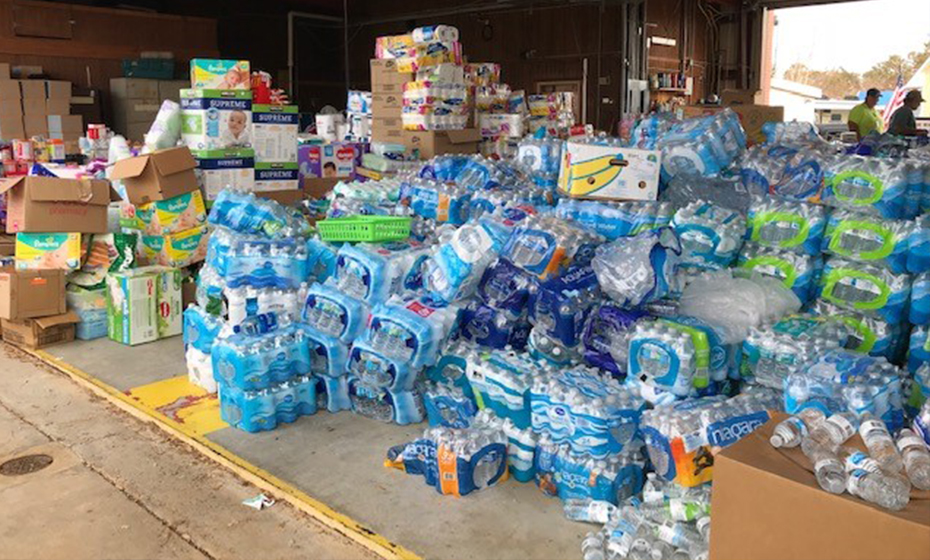 The Gulf County Beaches Fire Station is filled with donated food and supplies for the community.

At their own home, the roof has caved in, a window blew out and their wood floors are buckling, but, she said, they are thankful. Some areas, like Highway 98, where some homes have vanished from the coastline, have more damage than others. The storm surge lifted other homes off the foundation and moved them to neighboring properties.

Fire departments from as far away as Ohio donated items, the National Guard brought water and MREs, and a private donor has been providing gas, and the Plairs will continue to serve their community and rebuild alongside Duke Energy.