When Stephen Magenheimer retired from Duke Energy after 35 years, he knew he wanted to help train the next generation of lineworkers. Now, he’s St. Petersburg College’s first instructor for its electrical lineworker training program.

The 14-week program started in March. Students will leave in July prepared for an entry-level job at a utility with certifications in CPR, OSHA standards and a commercial driver’s license.

“I came up with a breed of very good linemen,” Magenheimer said, “and I was fortunate to be trained by some of the best linemen I have ever seen in my life. I just thought I’d try to start a trend where we build lineworkers from the ground up.” 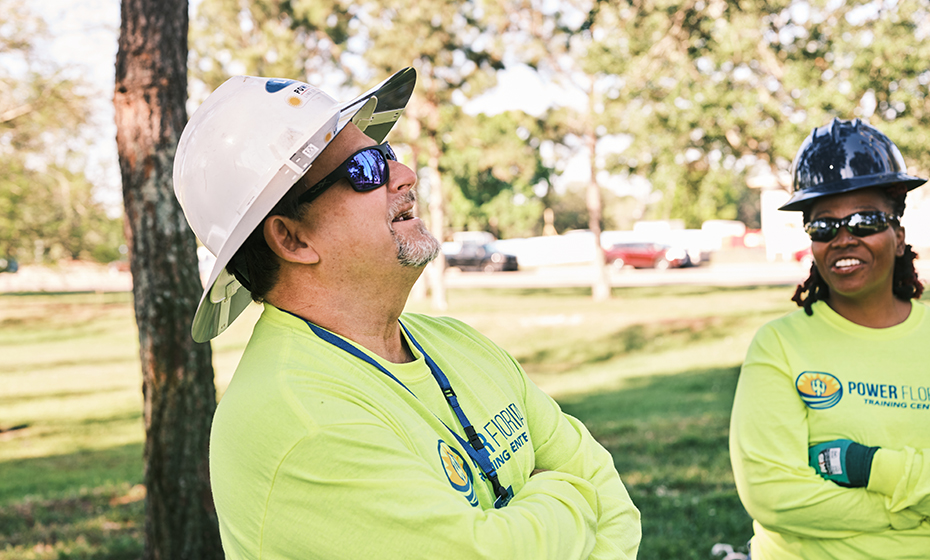 Magenheimer, who’s also training director for PowerTown Line Construction company, worked with the college to base the curriculum on Duke Energy’s training – the first program of its kind to do so.

“It means not only do we get well-trained, motivated employees, but also, we get employees who are interested in working for our company for the long run,” Anderson said. “If we hire local, they’ll stay local, and we’re more likely to retain those employees.” 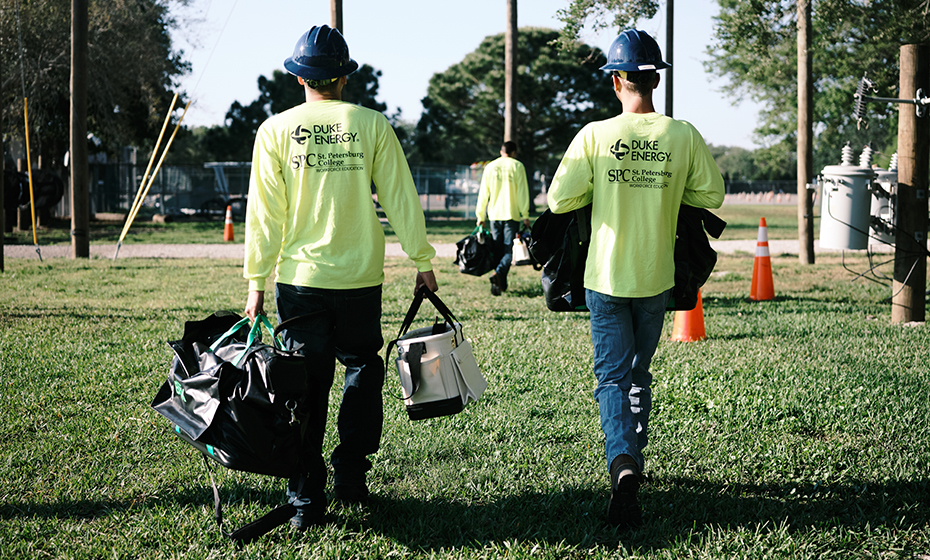 The students in the first cohort are attending the program on full scholarships and will be trained according to Duke Energy standards.

Classes are at the college’s Allstate Center campus at the new Power Florida Training Center, which was built with funding from PowerTown Line Construction and Duke Energy. Duke Energy donated $100,000 to develop the training facility, hire an instructor and purchase classroom materials. The company also provided $30,000 of equipment.

The first class has 14 students, who are attending on scholarship through the Florida Department of Education’s Rapid Credentialing Grant because of the need to fill lineworker roles in Florida. The U.S. Department of Labor projects 600 lineworker openings annually in Florida and 8,900 nationally.

Anthony Jackson, a student from St. Petersburg, said finding a job as a lineworker in the area is his dream. Jackson has been through the firefighter academy and worked in the medical field but hadn’t found the job he wanted to make a career. 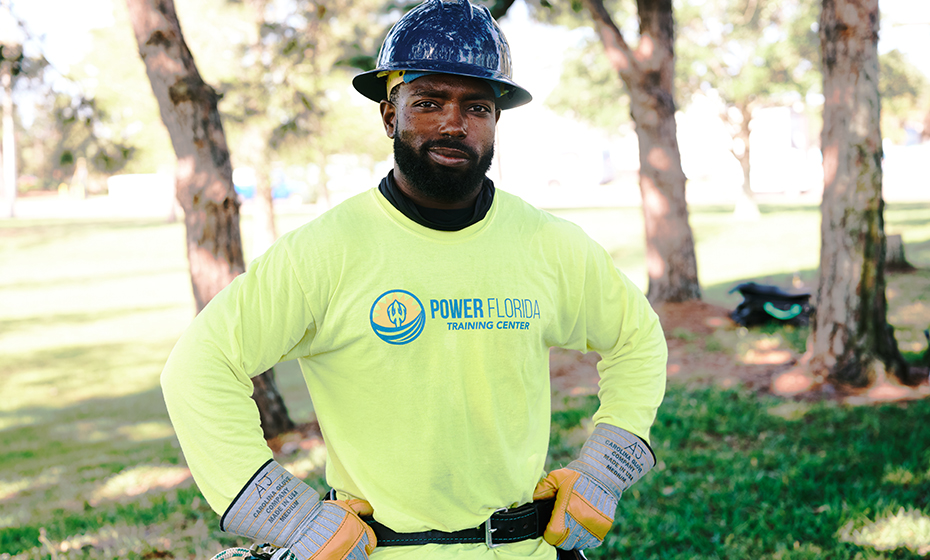 Student Anthony Jackson hopes the program will help him find a job locally as a lineworker.

Two years ago, he went to a meeting at the Pinellas County Urban League for an informational session about linework opportunities at Duke Energy. Jackson went through the hiring process and passed the physical assessment but did not get a job offer.

When the Urban League, which is helping recruit students, told Jackson about St. Petersburg College’s training program, Jackson knew he wanted to be part of it.

“I made an effort to get in the first class,” he said, “and I am very humbled that I was given the opportunity.”

For the first few weeks, students learned the safety basics and how to use their gear. Then, in the training yard, they applied their classroom instruction to climbing practice and simulated work. The training yard has about 45 power poles and other pieces of equipment like transformers that students use to learn how to make repairs. 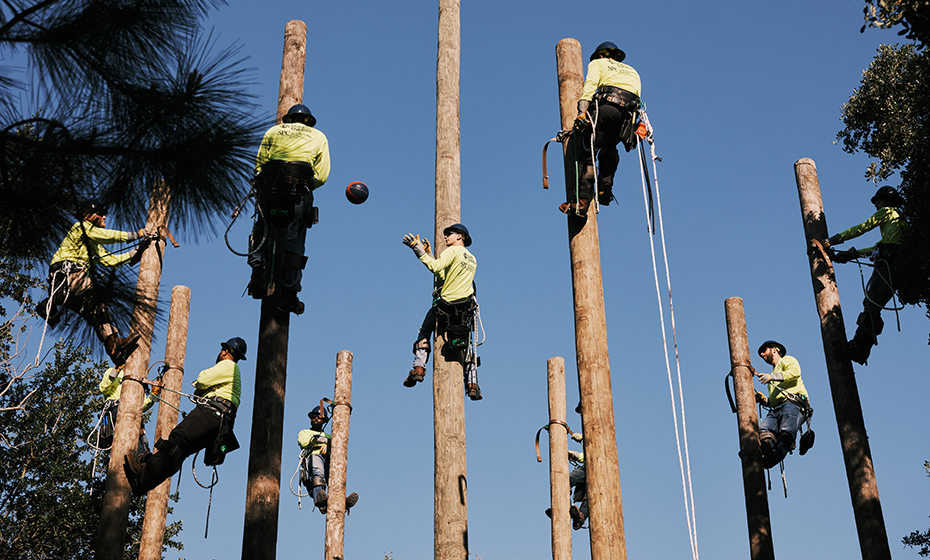 Duke Energy provided roughly $130,000 to provide equipment, hire an instructor and build a training yard where students can learn to climb and make repairs.

“There’s about everything you could imagine out there, so you can practice it like you were in the field doing it,” Magenheimer said. “It’s definitely a state-of-the-art training facility where you can learn a lot about linework.”

Jackson’s favorite part? Going outside and climbing. One of their first climbing lessons was to toss a ball from the top of the pole to another student on a pole to get comfortable with the height and gear. As he gets better at climbing, he has focused less on speed and more on his technique and surroundings.

Jackson also said he’s grateful to have the opportunity to learn from Magenheimer.

“Steve is great, and he’s a wealth of knowledge,” he said. “Every day that I am there, I am trying to absorb everything I can.”

Magenheimer said he thinks this program will give Jackson the edge he needs to land his dream job.

“He is everything you want him to be to be able to teach him how to be a good lineman,” Magenheimer said. “I think this is going to be his lucky shot.”