For one thing, he’s not a student. Air Force Master Sgt. Moore logged 20 years in the military and was looking for a new career in the civilian workforce after he retired in October. But where? And how?

Since that transition can be difficult for service members, the Department of Defense (DOD) created SkillBridge, a program that promotes job training for military service members transitioning to the civilian workforce. Duke Energy signed on to be part of it with the 12-week internship called the career skills program. 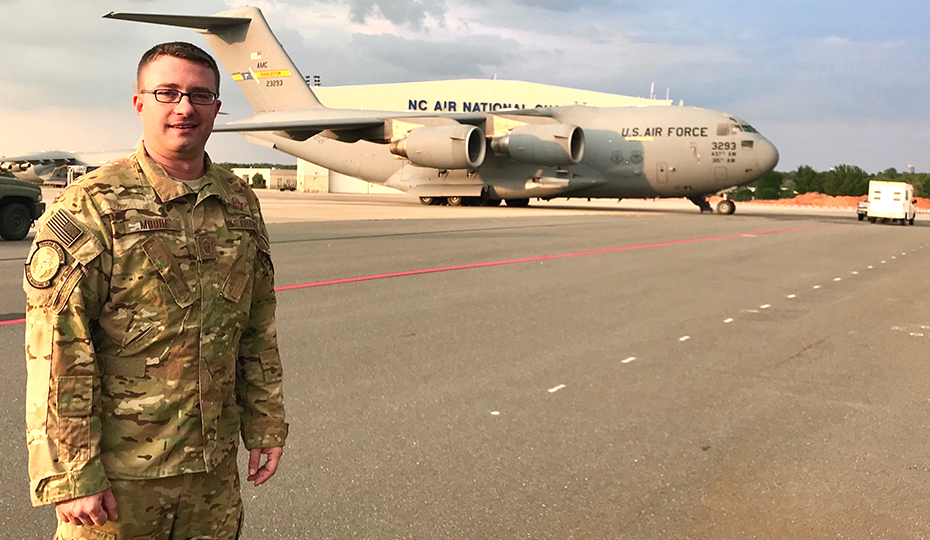 Roger Moore at the North Carolina Air National Guard base in Charlotte, N.C.

This new DOD partnership gives Senior Recruiting Specialist Bennie Anderson help in recruiting service members. Anderson now has access to that talent pipeline and to the DOD’s infrastructure for promoting job openings. “They give us a much broader reach to skilled professionals,” Anderson said.

Moore, whose most recent posting was in Charlotte, N.C., as the senior active duty advisor for the National Guard, was selected as Duke Energy’s first career skills intern. He began on Aug. 1 and concluded his internship in October. But that wasn’t the end of his tenure with the company. After his military retirement ceremony on Oct. 18, Duke Energy engaged him as a contract worker on Oct. 20.

The biggest difference he sees? “Duke Energy puts an even bigger emphasis on safety than the military does,” he said. “The amount of focus on safety here is so impressive.”

An added bonus is how many people in his new department – Transmission Project Management – are former military. “Duke Energy is very military-friendly,” he said. In fact, about 2,000 employees are former military. The company received the 2018 Secretary of Defense Employer Support Freedom Award, the highest honor the DOD gives to companies for support for employees who serve in the National Guard and Reserve. 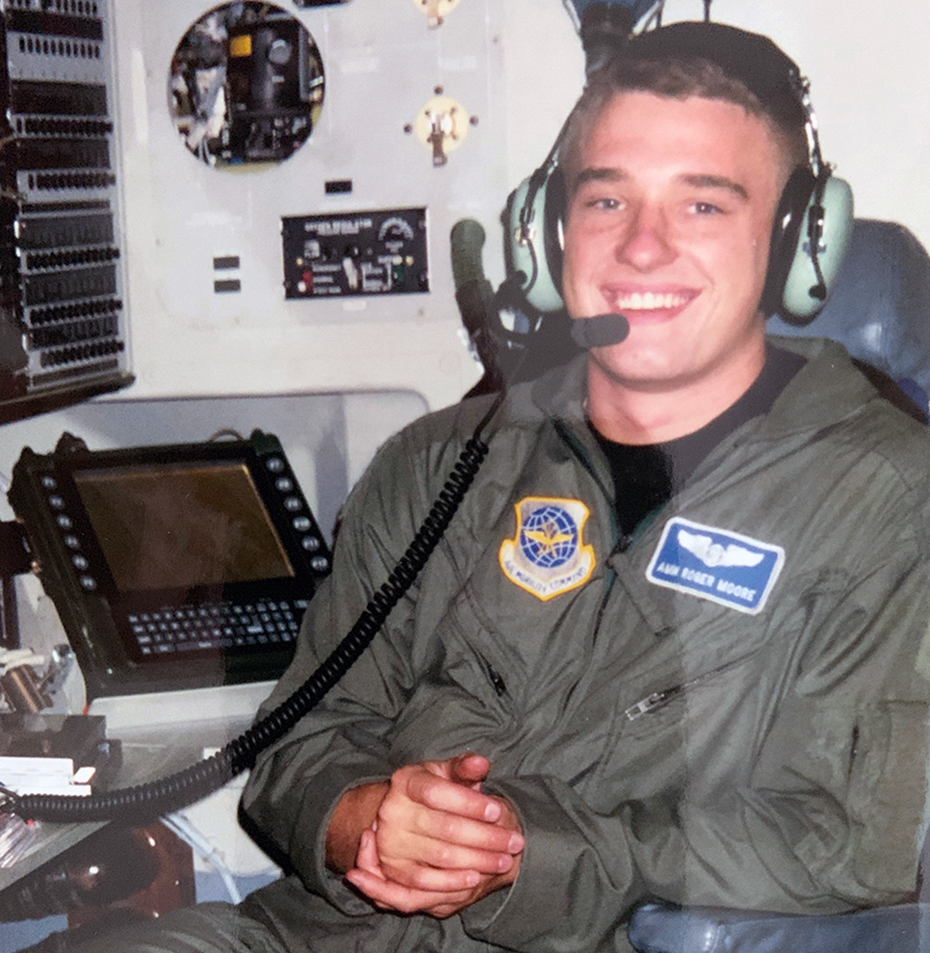 Moore joined the Air Force straight out of high school. Before joining Special Ops – where he spent most of his career – he worked as a C-17 loadmaster. (That means he ensured the safe loading and unloading of cargo on the C-17 aircraft.) He served in every conflict the United States has been involved with since 1999 – in Afghanistan, Iraq, Kosovo and other places he can’t disclose.

Go to the Duke Energy careers page for more information about job opportunities.

But combat wasn’t what he loved about the job. “Leading people and making positive change were the most fulfilling parts of military service for me,” he said. “I preferred the humanitarian missions.” He was involved in food drops in Afghanistan and was deployed to New Orleans after Hurricane Katrina, to Haiti after a devastating earthquake, to Indonesia after a tsunami.

It’s not the experience your typical intern is armed with.

The new internship isn’t the only way Duke Energy connects with the military. The Partnership for Youth Success (PaYS) program is a collaboration between the Army and Duke Energy that guarantees select soldiers a job interview after their service.