Two nonprofit agencies, using funding from Duke Energy, just put steps to healthier living at the fingertips of residents and visitors along the Dan River. 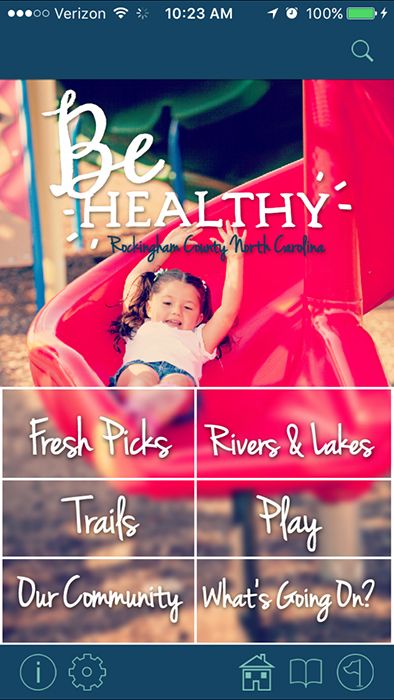 The Rockingham County Division of Public Health and the Dan River Basin Association, both in Rockingham County, N.C., created what is believed to be a first-of-its-kind mobile app to connect residents and visitors with outdoor recreation and nutrition resources.

The app is just one of the projects Duke Energy has funded through its $10 million Water Resources Fund, which was established several months after a coal ash spill at the company’s shuttered Dan River Steam Station in February 2014. The Dan River, in eastern North Carolina, starts in Virginia and sprawls more than 200 miles. It is a popular destination for outdoor recreation including boating, fishing, camping and walking trails.

"We don’t think this is going to be one of those things that changes the obesity rate overnight, but the first step in getting residents active and moving is letting them know what’s available,” Scurry said.

With additional funding, the next step is to engage citizens through a loyalty program that would offer rewards for meeting certain goals like visiting a produce market four times in a season, she added.

More on the Water Resources Fund

This is about economic development and making the region attractive for visitors. Grants like this are a blessing for us.

The Water Resources Fund has helped protect and enhance waterways through 36 projects across the Carolinas and Virginia.

"New steel steps at the Dan River boat access on Route 704 ensure a safe area for residents and visitors -- otherwise, we risked having to close the site,” said Fred Thompson, executive director of the commission. “This is about economic development and making the region attractive for visitors. Grants like this are a blessing for us."

In addition to Water Resources Fund grants, Duke Energy provided $500,000 to renovate Abreu-Grogan Park in Danville, Va., which was used as a staging area during the coal ash cleanup in 2014. The renovations, which are expected to be complete by Memorial Day, will include new restrooms, sidewalks, a dock and fishing pier. Duke Energy recently announced an additional $500,000 from the Water Resources Fund that will be shared between the two groups.