Most people over the age of 50 can tell you where they were when Neil Armstrong stepped foot on the moon on July 20, 1969. It was one of those captivating moments in history.

The Apollo 11 mission and NASA careers of its crew members are documented in books, TV shows, movies and conspiracy theories. But little is said about the post-NASA life of Apollo 11 commander Neil Armstrong.

Touching down in Cincinnati

After leaving NASA in 1971, he returned to his birth state of Ohio and settled down near Lebanon, 30 miles northeast of Cincinnati. Armstrong also started working as an associate professor of aeronautics at University of Cincinnati. 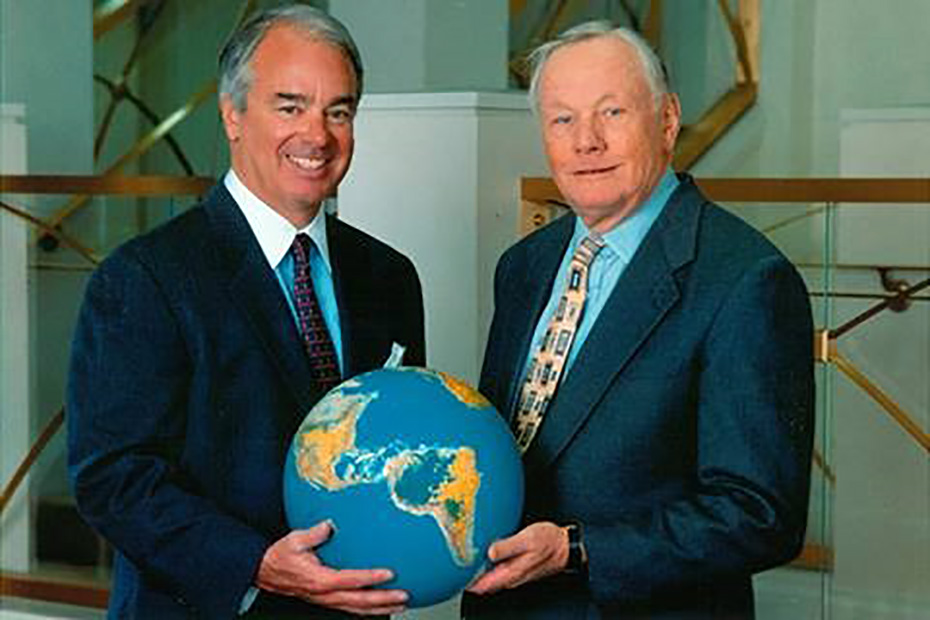 Less than three years later, in April 1973, he was elected to the board of directors of The Cincinnati Gas & Electric Co. (CG&E), a predecessor to Duke Energy Ohio/Kentucky.

“I think some people invited me on their boards precisely because I didn’t have a business background, but I did have a technical background,” Armstrong said in the 2005 book “First Man: The Life of Neil A. Armstrong” by James R. Hansen. “First Man” is the only authorized biography of Armstrong and was the basis for the 2018 film of the same name.

Armstrong was on the CG&E board for 21 years. When the company merged with PSI Energy to form Cinergy in 1994, he joined the new company’s board and served about six years until his retirement in 2000.

“CG&E was very much an engineering company, for power generation,” Armstrong said in “First Man.” “We were getting into the nuclear power age and the company wanted more technical competence generally, so they asked me to join.”

A precise and controlled presence in the boardroom

One of Armstrong’s strengths in a boardroom, said Phillip Cox, a Cinergy board member between 1994 and 2006, was his ability to make himself relevant without having to dominate a discussion.

“He carried himself in a fashion that was above reproach in virtually every way,” said Cox, president and CEO of Cox Financial Corp. “His input and questions were meaningful. And when he did speak, people listened.”

Cox said he learned a lot over the six years they served together. 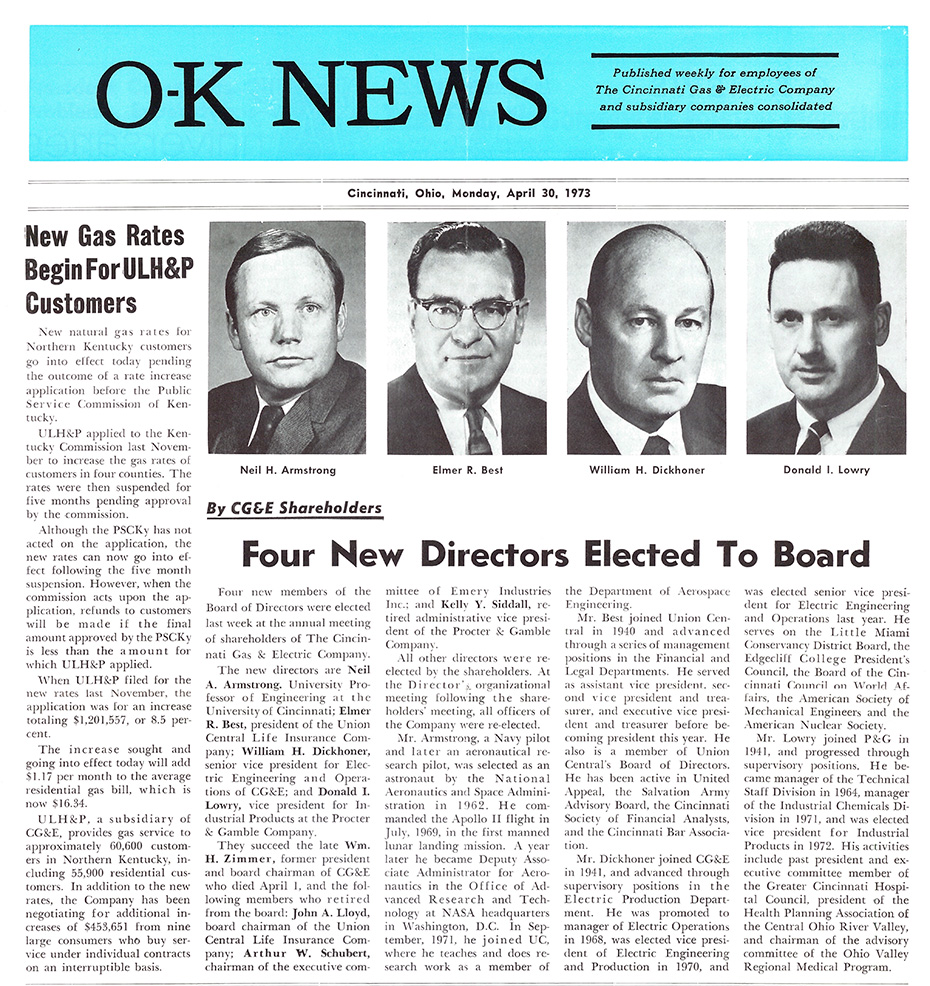 “I learned from Neil what it is to be a statesman,” said Cox. “You don’t have to be showy. You just have to have substance and bring it to bear.”

When Armstrong did ask questions, it seemed like he had a sense of what the answer could be, but just wanted confirmation of his assumptions.

“His questions were always well-thought out, simple and logical, with an engineering bent,” said Cox. “You often hear the saying, ‘Solutions are easy. Defining the problem is hard.’ Well, Neil was a master at defining the problem. And this helped us a great deal.”

Humble to the core

What made Armstrong shine the brightest, Cox said, was his humility. This character trait was confirmed by people who met or worked with him.

The late Duke Energy CEO Jim Rogers was the CEO of Cinergy when Armstrong was on the board.

“He stepped out and did a truly courageous thing, which has inspired all people in this century,” Rogers told the Cincinnati Enquirer on July 18, 1999, in conjunction with the 30th anniversary of the Apollo 11 mission. “And then he returned to sort of everyday life and lived his life in a very humble way, in a very quiet way.

“Many people in the astronaut program have tried to exploit their role for their own personal gain, and he’s a man who did what he had to do and came back and lived life as an ordinary man.

“In this age when everybody wants 15 minutes of fame, and everybody is trying to exploit their deeds and blow them out of proportion, he is just the opposite.”