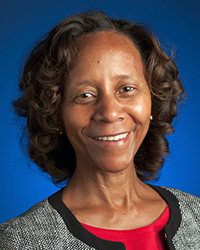 Inventor (1955-). Croak, who holds more than 200 patents, has spent more than three decades developing advanced technologies for voice and data networks, and the Internet. In the aftermath of Hurricane Katrina in 2005, Croak invented a text-to-donate technology that revolutionized how people donate to charitable organizations when a natural disaster occurs. For this innovation, she received the 2013 Thomas Edison Patent Award. She led more than 2,000 engineers and computer scientists while a senior vice president at AT&T, and is currently vice president of access strategy and emerging markets at Google. She was inducted into the Women in Technology International Hall of Fame in 2013.

Quote: “Go for it. The world is waiting for you.” 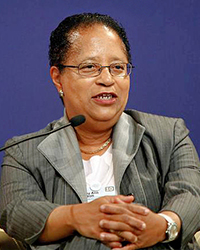 Shirley Ann Jackson at the World Economic Forum in 2010. Photo by Qilai Shen.

Theoretical physicist (1946-). Jackson was chairman of the U.S. Nuclear Regulatory Commission in the 1990s and is now president of Rensselaer Polytechnic Institute in Troy, N.Y. She was the first African-American woman to earn a doctorate from Massachusetts Institute of Technology. While at AT&T Bell Laboratories, she conducted research in theoretical physics, solid state and quantum physics and optical physics. In 2015, President Barack Obama awarded Jackson the National Medal of Science, the nation’s highest honor for contributions in science and engineering.

Quote: “My father always taught us to aim for the stars so that you can at least reach the tree tops.” 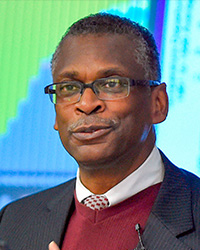 Engineer, inventor (1949–). Johnson holds more than 60 patents, has a master’s degree in nuclear engineering and was an engineer for the U.S. Air Force and NASA. You may know one of his inventions, the Super Soaker water gun, which he developed while testing a heat pump that used water instead of Freon. Today, Johnson is developing the Johnson Thermoelectric Energy Converter (JTEC), which would convert solar energy into electricity more efficiently. While at NASA's Jet Propulsion Laboratory, he was a systems engineer for the Galileo mission to Jupiter and the Cassini mission to Saturn.

Quote: “Lady Luck is indifferent. She smiles sometimes, and she frowns sometimes.” 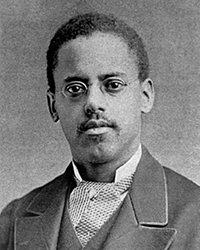 Engineer, draftsman and inventor (1848-1928). Latimer helped draft the patent for Alexander Graham Bell's design of the telephone and perfected carbon filament in electric lightbulbs for Hiram Maxim, a rival of Thomas Edison. He helped to install the first electric plants in Philadelphia, New York City and Montreal and oversaw the installation of lighting in railroad stations, government buildings and thoroughfares. Working for Edison, he was chief draftsman and patent expert.

Quote: “Habit is a powerful means of advancement, and the habit of eternal vigilance and diligence, rarely fails to bring a substantial reward.” 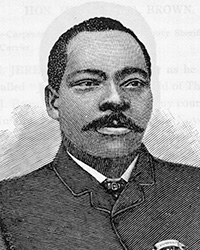 Inventor and businessman (1856–1910). Woods invented appliances for electric railways and received nearly 60 patents. Many of his inventions were for electrical devices, including a telephone transmitter that combined the telephone and telegraph. It was bought by Alexander Graham Bell. He invented the "troller," a grooved metal wheel that allowed electric street cars to be powered by overhead wires. He also invented what became the electric third rail to power transit systems, such as subways.

Quote: “I believe I can do anything if I just try.”