Upgrades at Duke Energy’s Markland Hydroelectric Station near Florence, Ind., increased the plant’s clean, renewable energy output by about 10% and will improve reliability for customers during the next 40 years.

Markland Hydroelectric Station can now generate up to 65 megawatts of renewable, carbon-free energy, depending on the flow of the river, which is enough to power 52,000 homes. The plant’s annual energy output increased by 39 gigawatt-hours (GWh) per year.

“The low-cost, carbon-free power generated at Markland Hydro Station is an important piece of our diversified portfolio of generation sources,” said Stan Pinegar, president of Duke Energy Indiana. “By embracing new advancements in technology and innovation, we’re able to expand clean energy production for our customers while also maintaining the reliable service they expect.” 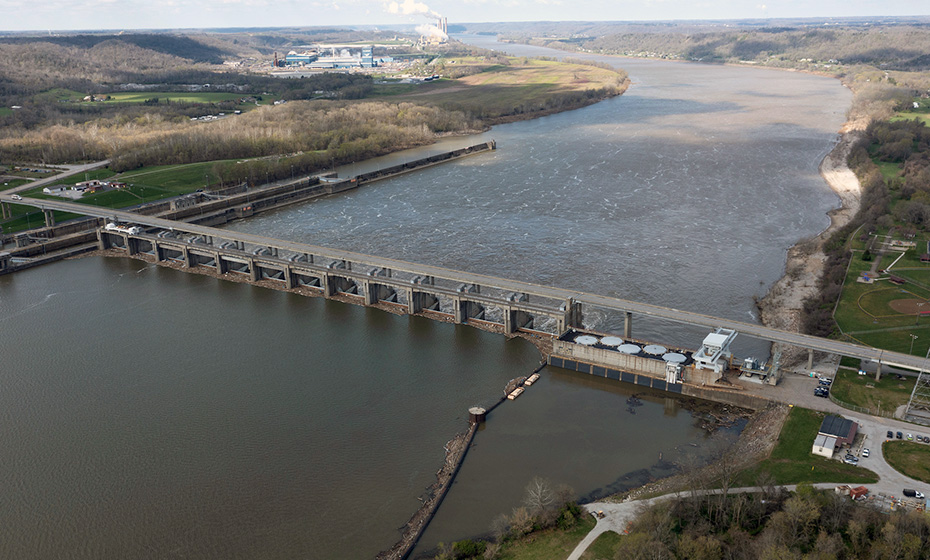 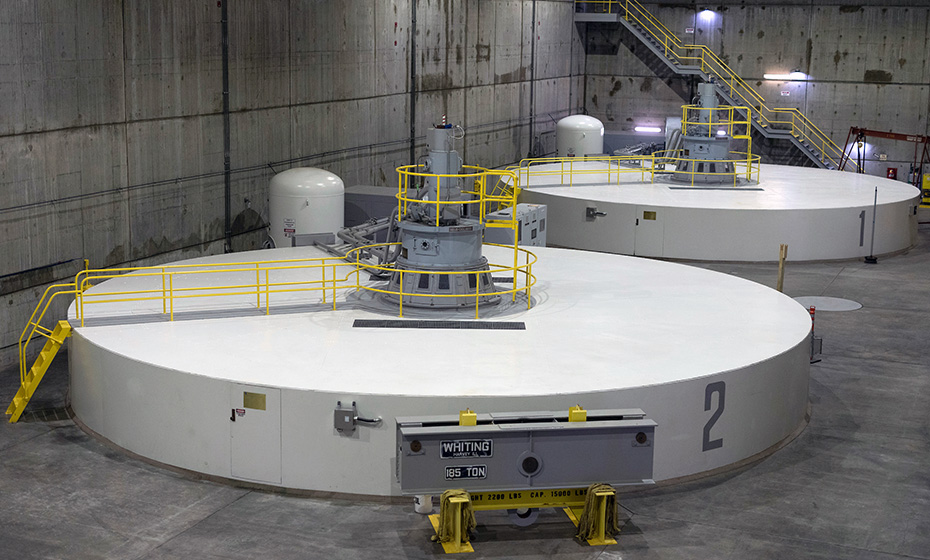 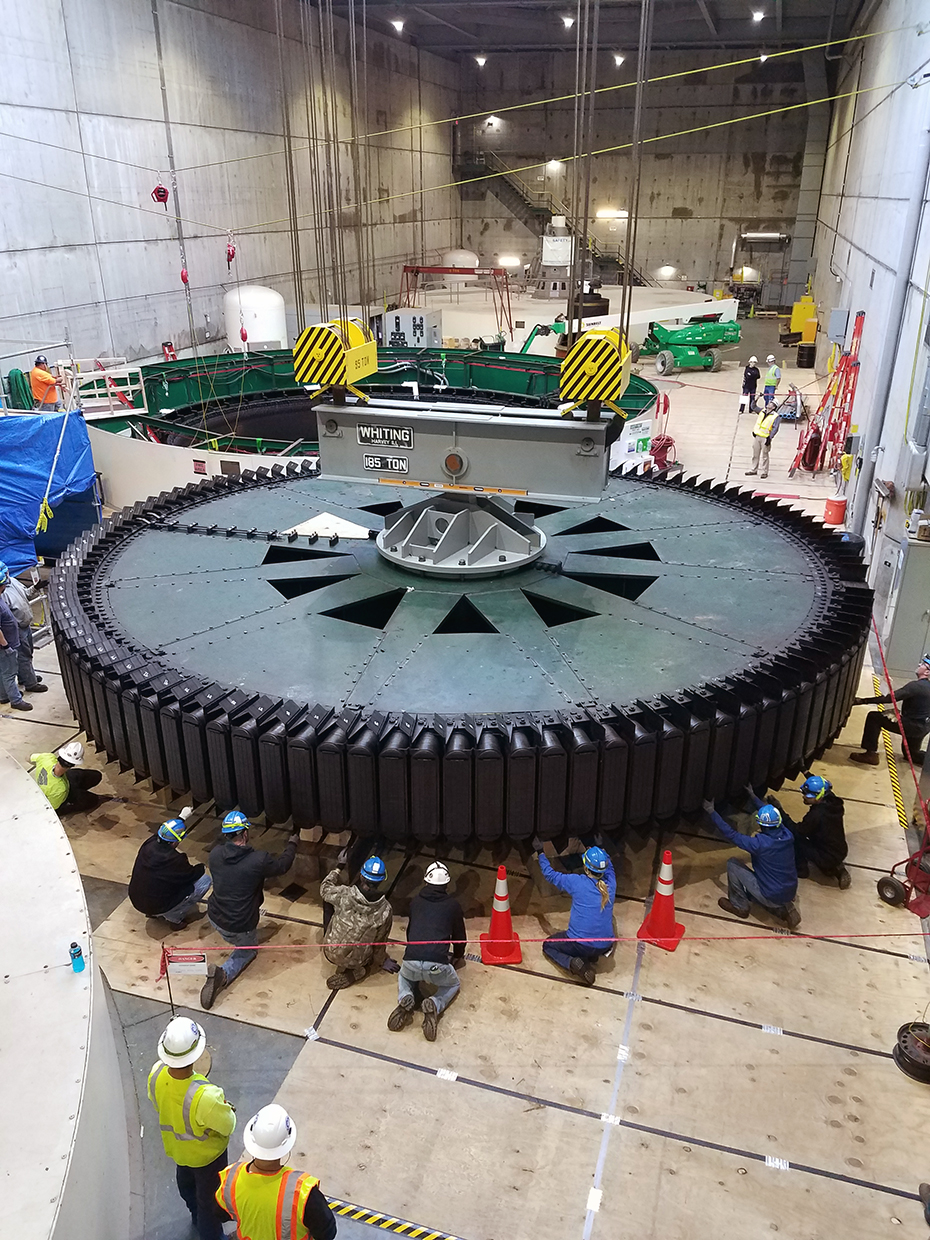 Workers inspect a rotor on generator 2. 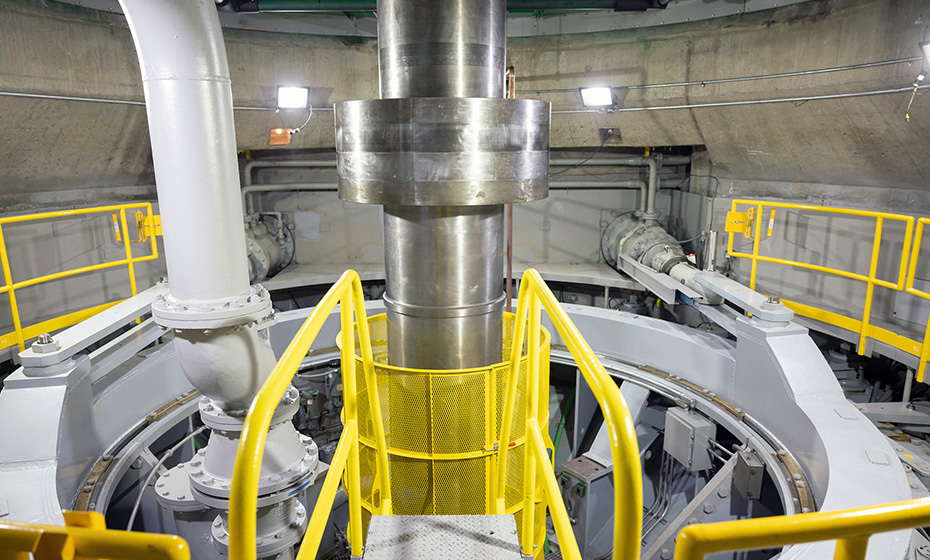 Hydro turbine wheel pit. The river’s current pushes against and turns the runner blades of the three hydroelectric turbines housed inside a 150-foot-high concrete dam that spans the river. Each turbine weighs about 180 tons, and each blade is 27 feet in length. The movement of the turbines spins a generator shaft that produces electricity. 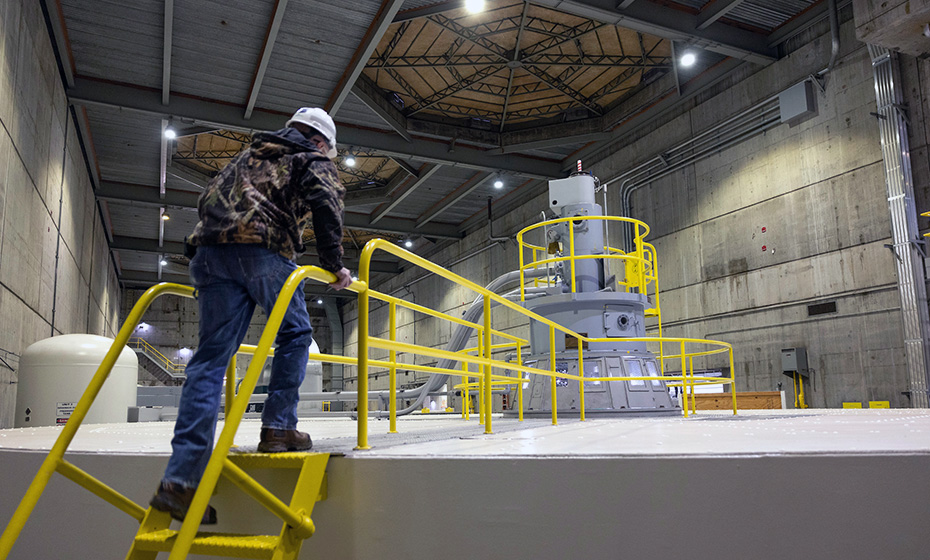 The generator exciter. Work on the project started in 2017 and took 4 1/2 years to complete. It cost about $152 million, well within the company’s cost estimate. 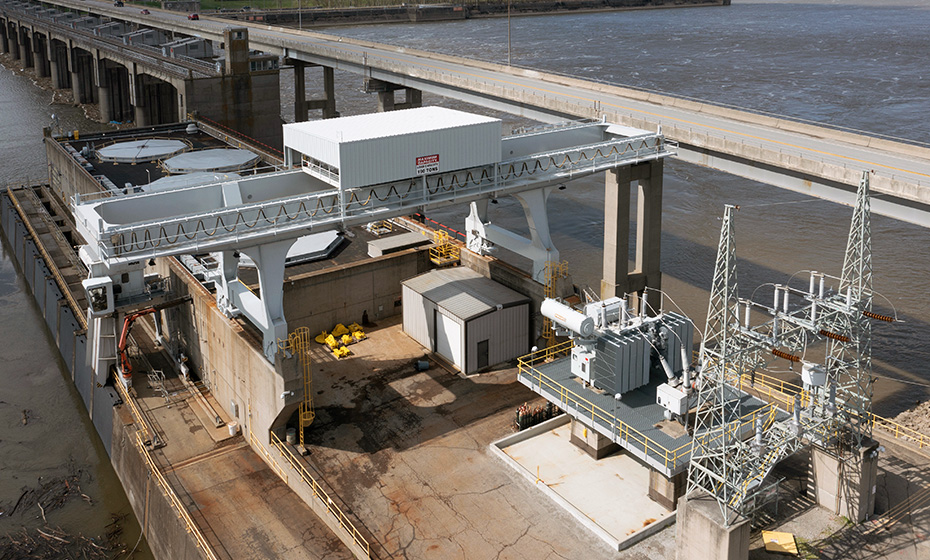 Overhead crane and main power transformer. The elevated bridge on the right crosses over the Ohio River and connects Indiana S.R. 156 with U.S. 42 in Kentucky. 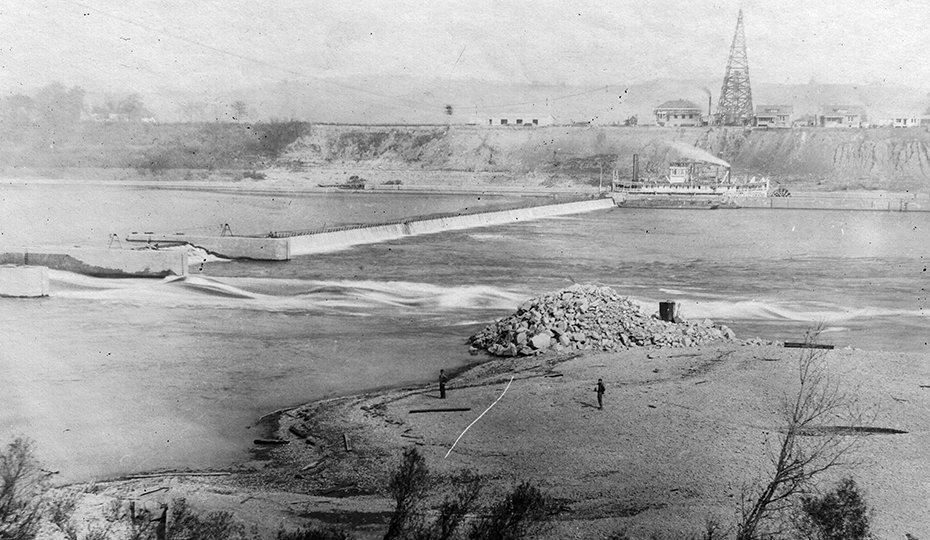 The view in 1923. The concrete Markland locks and dam span the Ohio River at 1,395 feet and connect Gallatin County, Ky., and Switzerland County, Ind. During the next 20 years, Duke Energy plans to add about 4,525 megawatts of solar power, 400 megawatts of energy storage and 2,800 megawatts of wind energy, in addition to cleaner natural gas generation.