Civic boosters think their cities have a golden glow, reassuring to residents and welcoming to strangers. But people in Cincinnati know theirs does. Antique globes of the Clifton Gaslight District supply that magical aura.

Nobody seems to know exactly how many places in America hung onto natural gas-fueled lighting. San Diego promotes its Gaslamp Quarter, an entertainment area. Petoskey, a town on the shores of Little Traverse Bay in Michigan, lures tourists to its Gaslight District. Various places boast neighborhoods named for natural gas lights that flickered out long ago. 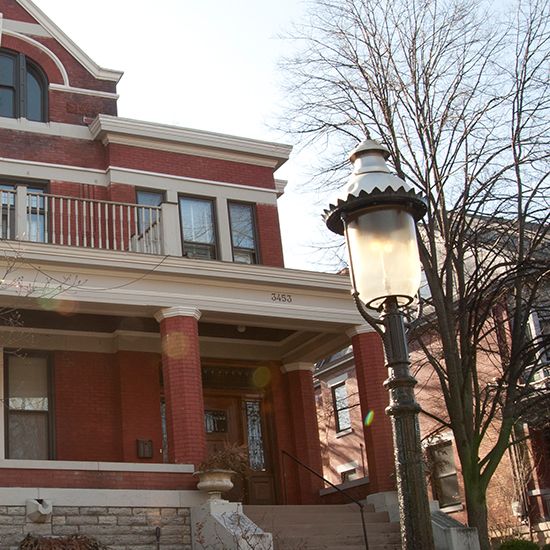 Yet Clifton seems to be a uniquely urban blend of residences, shops, restaurants and businesses that enjoy illumination that predates electricity.

Take Skyline Chili, best known for its Ludlow Avenue branch. The chain now has 134 locations, but Tom Yunger – who has operated the Ludlow spot since it opened in 1966 – knows his restaurant benefits from Clifton’s gentility.

“These lights take us back to a time when things were slower-paced,” he said. “Clifton tries to stay the same, and that consistency is great for business. We are right by [the University of Cincinnati]; when kids grow up or move away and come back, we are like a second home. They come here before they see their parents.” (If Skyline’s name sounds familiar, perhaps you have eaten one of their indulgent cheese coneys.)

“Clifton was home to many of the most important families in Cincinnati for a long time, the kind who prided themselves on tradition and a tight-knit community,” said historian Anne Delano Steinert, who grew up in Clifton and has moved back there. “The streets feel nostalgic, but there’s a practical component, too: A lot of them have no overhead lines, so everything has to be buried. When people thought about replacing natural gas with electricity, they may not have wanted to dig up the streets. 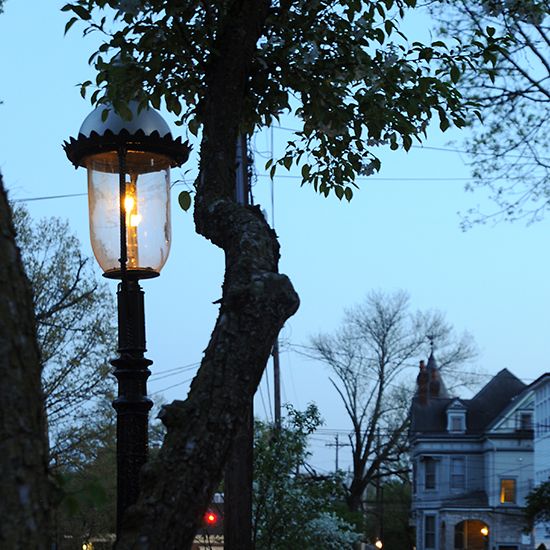 “These lights seem warmer, especially when compared to LED street lighting with a blue tint, and you’re never in total darkness as you walk. They’re enclosed in globes, so there’s no smell. But if you stand close, you can hear the gas.”

The W.H. Harrison Drug Store at Fourth and Main streets lit the first working natural gas fixture in 1843; CG&E later erected an office building on that spot, and the Ohio/Kentucky headquarters of Duke Energy stands there now. By 1862, 247 employees serviced natural gas outlets around the city, including lamps lit and snuffed by hand every day. 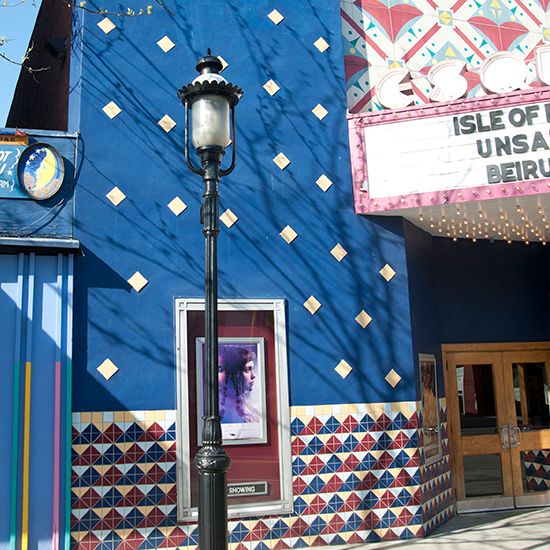 But a distant death knell could be heard in 1879, as Thomas Edison demonstrated an incandescent light in Menlo Park, N.J. He’d been a telegraph operator in Cincinnati, perfecting an automatic telegraph printer there; now he returned to spread the electrical gospel. By 1900, natural gas street lamps had dwindled from a high of 10,000 in 1892 to 2,300. In 1901, CG&E began the citywide shift to electricity – except in Clifton.

That neighborhood had been settled in the mid-19th century by industrial barons who wanted to move out of the sooty industrial downtown to a higher elevation. Though members of the middle class moved in over the decades, Clifton retained its cachet partly via lamps that bridged the present and the past.

“They’re on the National Register of Historic Places, so they’re protected,” said Steinert. “Cincinnati is notorious as a town nobody leaves: People come and stay for their whole lives. We have to preserve our beautiful resources to keep it that way.” 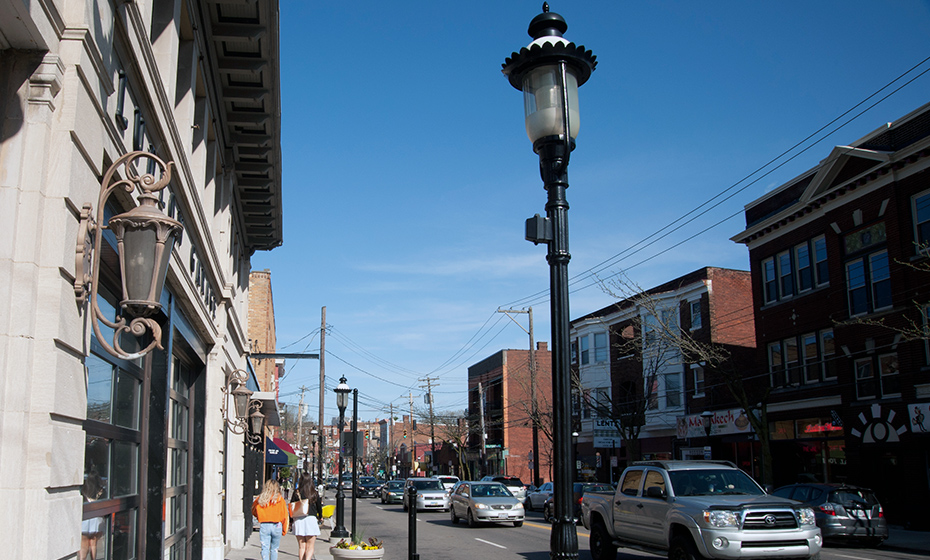