Who turned out to be the target audience for Latino initiatives at the Mint Museum of Art in Charlotte? Orozco and O’Rourke. Martinez and Martinelli. Maybe even Santamaria and Steinberg.

Three ongoing programs – bilingual storytelling, film presentations and an amazingly diverse concert series – have spoken to thousands of people with Hispanic heritages and Hispanic hearts over the last three years.

They began as an attempt to appeal to an underserved part of the population, Latinos who don’t traditionally visit mainstream arts institutions. They draw that crowd but have also educated non-Latinos about cultural traditions they’ve probably never encountered. 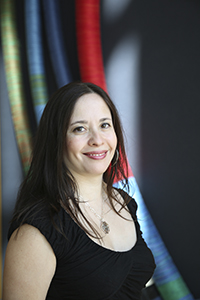 “Think about people who move here from Latin America,” said Claudia Soria, who took over the series when she became the Mint’s manager of Latino community programs and relations in 2014. “Many are from low-income families or countries that don’t include the arts in education.

“They come to the Mint for the first time and tell us they had no idea what’s inside these walls. They’re enchanted. Some ask, ‘Can we stay longer (after the event)? Can we come back?’”

She estimates audiences are 30 percent Latino, 70 percent non-Latino. Guitarist Aris Quiroga keeps that in mind when playing or programming concerts such as the one coming up June 22.

On a Mexican-themed night, he’s likely to start with classical composer Manuel Ponce and move on to mariachi, norteño (a genre incorporating polkas and narrative ballads), even jazz. “People think ‘Latino music’ and put it in a little box, saying, ‘That’s not for me,’” Quiroga said. “But it’s like a tapas plate: You will find something you like as you go around the table.” 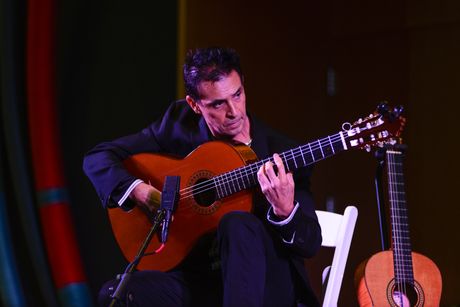 Duke Energy has long supported cultural programs, besides focusing on initiatives for education, the environment and economic mobility. It has also backed Latino-themed exhibits such as “¡NUEVOlution! Latinos and the New South” at Levine Museum of the New South in Charlotte. So the Mint’s offerings meet two goals.

“We have a strong commitment to diversity and inclusion,” said Jennifer DeWitt, director of Duke Energy Foundation programs. “The arts add to the vibrancy of life, and these programs engage an audience that may not be reached in other ways.

“We want all our investments to make communities stronger. For arts organizations to be viable, they have to broaden their audience base.”

The Mint does that by attracting youngsters fresh from the cradle and oldsters who heard Cuban jazz in the 1950s, before President Fidel Castro closed Havana’s clubs.

Bilingual storytelling sessions at the Randolph Road museum target children from a few months to 6 years old. Groups such as Criss Cross Mangosauce engage participants in tales, songs and movement, letting parents and offspring hear their own language or absorb a little Spanish painlessly. 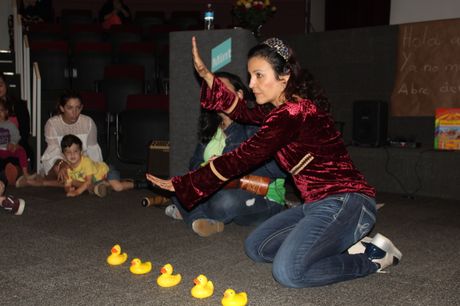 The CineMINT series at Randolph imports movies from Spain, Mexico, Central or South America – including Brazil, whose natives speak Portuguese. (Portugal is on the Iberian Peninsula with Spain, so … close enough.) Soria picks films that haven’t had local commercial outings. “We are always in a race with Netflix to screen things first,” she said. “We want people to get out, not sit at home.”

But the quarterly Latin Music Concert Series at the uptown Mint remains the most ambitious element: These 90-minute gigs incorporate singers, dancers, instrumentalists, spoken-word artists. Quiroga and company link Latino music to Africa, India, even European Romany traditions. He drums stereotypes out of town: If you expect samba or merengue, you’re likely to go away humming folk songs from the Andes or vibrating to the strings of the Moroccan oud.

“We have no limits in terms of possibilities,” Quiroga said. “We start with Latino culture, and then the music can go anywhere in the world.”