Those sounds were some of the not really quiet, but trying to be quiet, squeals from 150 elementary students as Skoshi, a 28-year-old red-tailed hawk, made an appearance at Oakhurst STEAM Academy in Charlotte, N.C.

The students were assembled in the school gym to learn which class came up with the name of a new osprey at the Raptor Center. 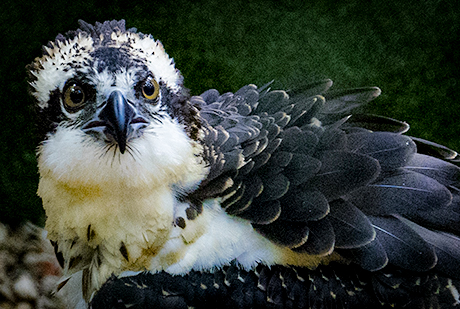 "The students were so excited for this project," Riley said. "I told the class about the contest during reading time. We brought up the Raptor Center website and talked about ospreys. The class came up with several names before deciding on Kip."

The students didn't get to meet the new osprey; Kip is still getting used to his new digs at the center, though they did meet three other raptors in addition to Skoshi: An American kestrel, a short-eared owl and a barn owl.