Sherry Reid was the perfect person to give sixth-grader Kiki D’Agostino a tour of the environmental offices at Duke Energy’s McGuire Nuclear Station in Huntersville, N.C. 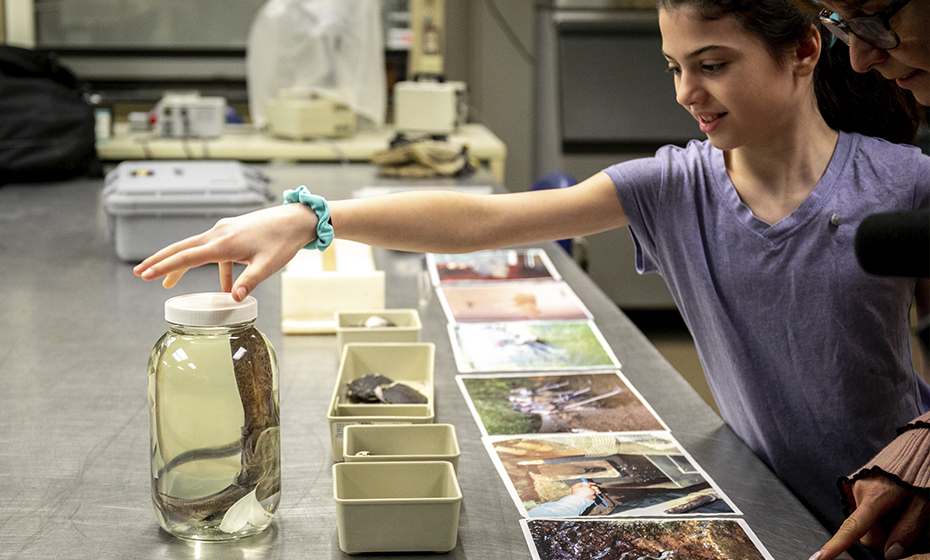 She started her career as a college student in 1980 working part-time in the fisheries department, changed jobs a few times and is now a lead environmental scientist who focuses on protecting birds and making sure that Duke Energy is operating within its permits from state and federal agencies.

Duke Energy maintains and monitors more than 32,000 miles of power lines and dozens of waterways that are home to thousands of species of mammals, birds, reptiles, fish and insects. Reid is part of the team in North Carolina that protects those animals, and she introduced Kiki to several scientists.

Kiki was so impressed that by the end of the day she thought a career in marine biology could be a possibility.

“Maybe when you’re a junior in college, you can get a summertime job with us,” Reid said. “Think so?” 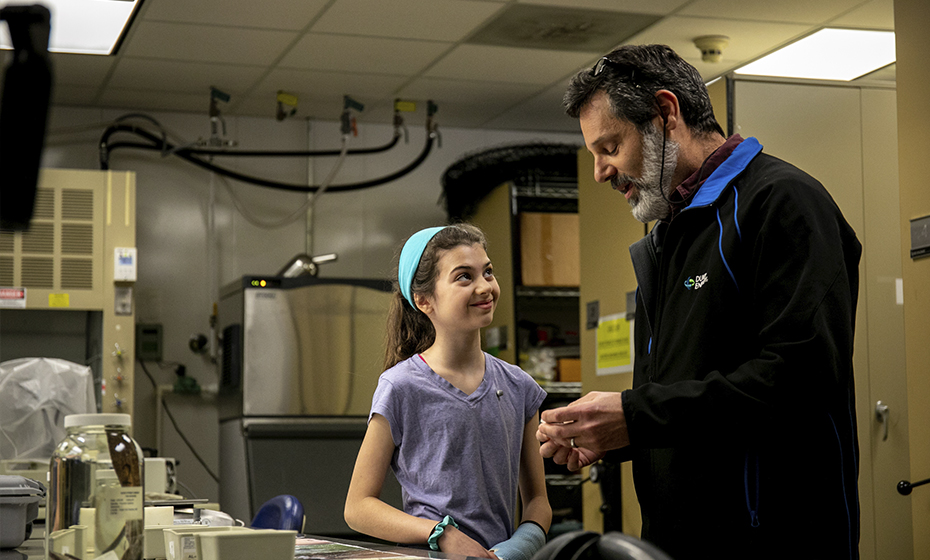 Ryan Heise, a senior environmental scientist, showed Kiki different types of freshwater mussels that he’s studied along the Catawba and Wateree rivers in North and South Carolina where Duke Energy has hydroelectric plants. Mussels are important to the ecosystem because they’re filter feeders, which means they pull in water, filter out the nutrients and other particulates to eat, and return the leftover water cleaner.

He laid out several species of mussel for Kiki to examine. As she looked over the shells and studied their ridges and colors, she noticed the inside of one was colorful and others weren’t.

“Is there a reason?” she asked.

It’s just their individual differences, he said. Some have a pearly color, others are green inside, and some look similar but have subtle differences that you learn with enough experience.

“The fun part is,” Heise said, “you get to put on a mask and a snorkel to look at them at the bottom of the lakes and rivers.” 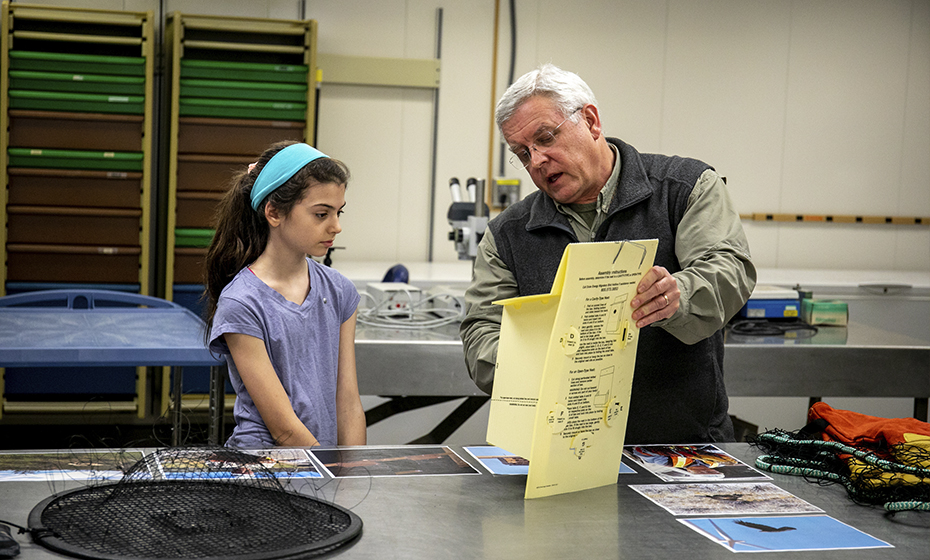 Mark Auten, a senior environmental science technician, told Kiki one of his responsibilities is helping Reid with her permit reporting by doing field work with birds. When someone calls Duke Energy’s Migratory Bird Hotline to report an injured bird or one in danger, Auten answers. His day could include anything from rescuing an injured raptor to helping relocate a songbird’s nest from an electric meter. Here, he shows Kiki the collapsible nesting box that crews attach to meters when birds are nesting inside the meter. 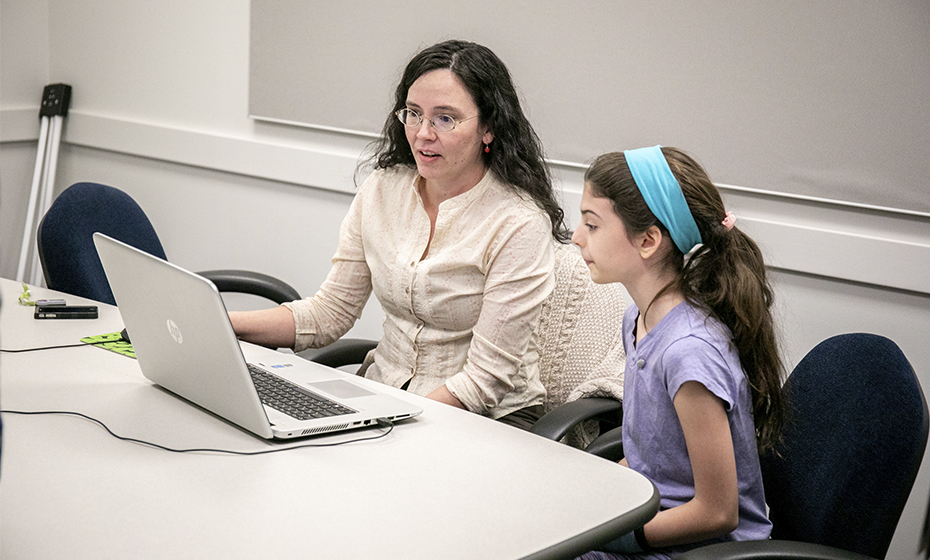 Reid consolidates the information that people report in a database. The reports include species, location, what happened to the bird and are required by state and federal agencies.

Reid is updating the database to better analyze the data. She’s working with Beth Fogleman, pictured, to create a database that uses GIS technology so the user can visualize the incidents on a map, filter by location, species, and more. Fogleman asked Kiki if she had heard of GIS before or played with a map online.

“Sort of,” Kiki said. “When I was learning the states and capitols, I used to learn some cool things about places by looking at maps.”

“So that’s GIS,” Fogleman said, “and there’s people who spend their whole lives working on this stuff. It’s sort of like detective work. We can zoom in and see what’s happening.” 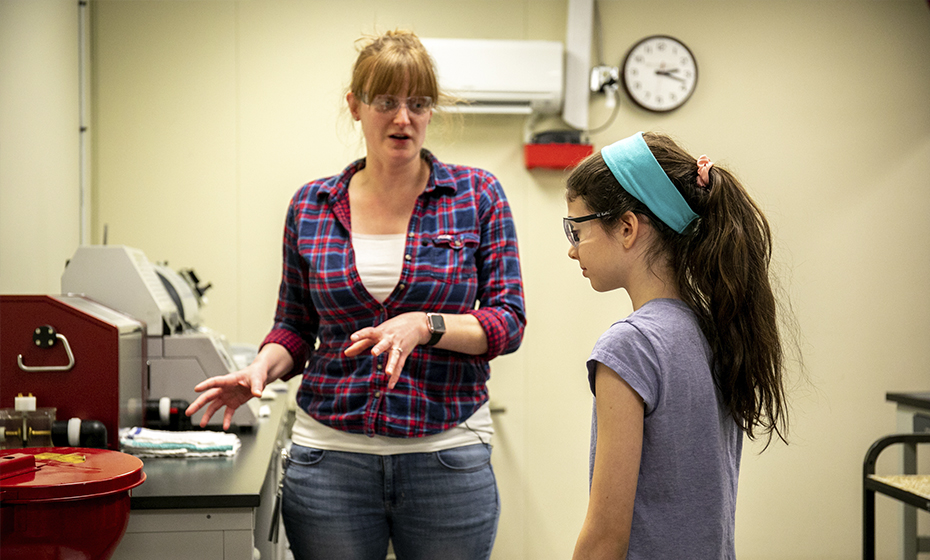 Kiki visited the chemistry lab, too, where Maggie Hall showed her how she tests oils and lubricants to make sure they will be effective in keeping power plants running smoothly. In this lab, she tests the mineral oil used to cool transformers for surface tension and multiple gases that will tell her if it’s the right acidity.

After a few questions about her tests, Kiki asked Hall when she decided to become a chemist.

“I was probably in about eighth grade when I fell in love with science and the earth,” she said. “Chemistry just made sense for me.” 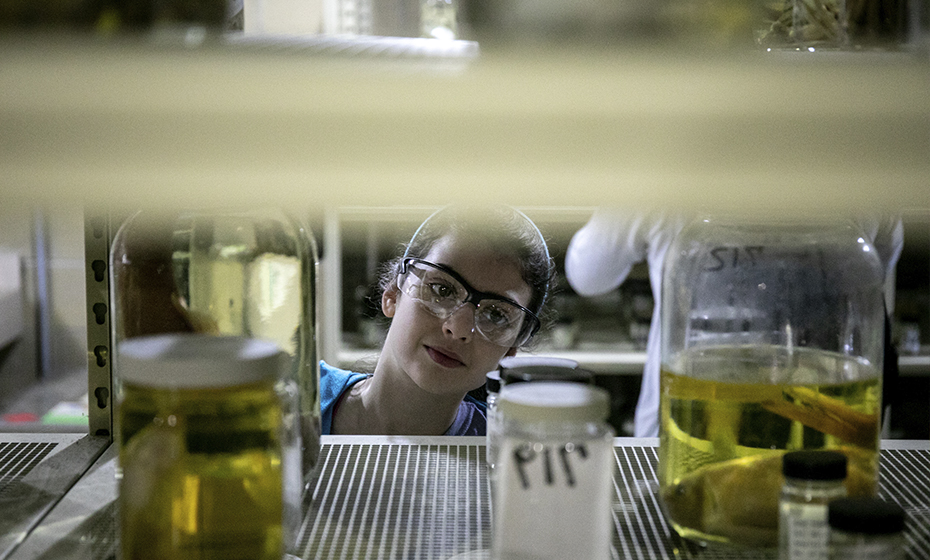 The fish won Kiki over though. Here, she looks through samples of fish from Duke Energy lakes. The lab keeps a sample of each species caught so they can be used as a reference to determine if current catches are the proper weight, length and appearance. In her early days with Duke Energy, Reid spent a lot of time on the lake surveying fish like these. Back then, she said, there weren’t many women in the environmental science department, but today, there are several.

“There’s a lot of different ways you can get involved with the environment from doing permits to actually going out in the field and writing reports,” Reid said. “It’s a fun place to be.”

This is part of a series for Women’s History Month where female students met with women who work at Duke Energy to tour each employee’s workplace and learn about careers in the energy industry. By showing the girls careers they were unaware of, we hope to inspire them to cast aside gender roles and set their own path.