Max Thompson’s career as a meteorologist started with a violent summer thunderstorm.

It was a whopper, and Thompson, then 12, got caught in it as he rode his bike home from a friend’s house. Strong, gusty winds and hail forced him off the bike and he ended up walking it home. He spent the next 20 minutes staring out his family’s living room window, mesmerized by nature’s dramatic outburst.

"The storm eventually tapered off but it had me in awe for a very long time,” said Thompson, who went to Penn State for its renowned meteorology program and works as a Duke Energy meteorologist.

Thompson now tracks storms like the one that fascinated him as a kid. 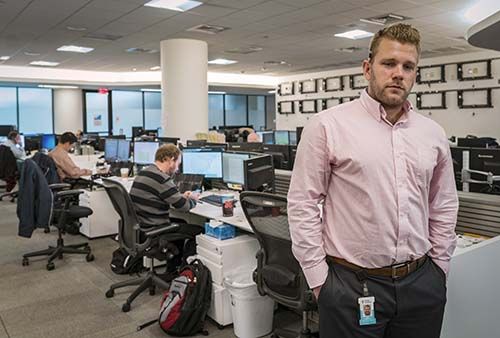 For Atlantic hurricane season 2016, Thompson and his colleague, Stanton Lanham, predicted 17 named storms and eight hurricanes. Fifteen storms were actually named this season, Alex to Otto, and seven were hurricanes. Last year there were 11 named storms, which Lanham and Thompson correctly predicted.

The Atlantic hurricane season, June 1-Nov. 30, was the busiest since 2012 and produced four named storms in its first month. Hurricane Hermine was the first hurricane to make landfall in Florida since Wilma in 2005.

Thompson and his fellow Duke Energy meteorologists track weather systems that could affect energy delivery through the monitors that surround their desks in uptown Charlotte.

Thompson focuses largely on Florida, where daily forecasts often call for warm, muggy temperatures with a strong chance of afternoon thunderstorms. Colleagues monitor weather in the Midwest and the Carolinas.

While many of us get our short-term forecasts watching local news stations or The Weather Channel, the Duke forecasters turn to history to make their long-term predictions. For this year’s hurricane season, meteorologists studied past seasons such as 1988 and 1998 among others and used statistical analytics, comparing them to a 30-year running average starting in 1986, to come up with a forecast.

Hurricane Hermine made landfall in the Florida Panhandle on Sept. 2, causing heavy rain and power outages in both Florida and the Carolinas. Hurricane Matthew was the first Category 5 hurricane in the Atlantic Basin since Felix in 2007, and it reached peak sustained surface winds of 160 mph. Matthew struck Florida, North Carolina and South Carolina Oct. 7-10 and caused devastating flooding in the Carolinas and more than 1.5 million outages. 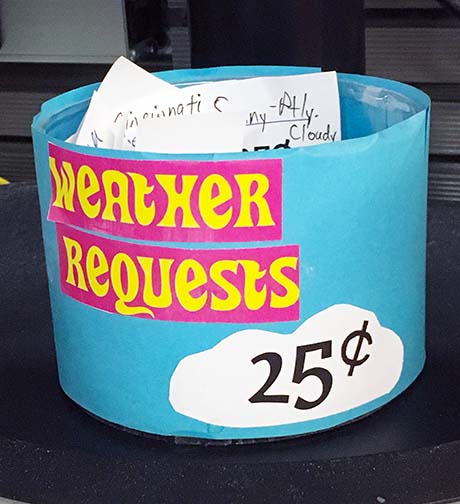 The Duke meteorologists are often called on to give presentations in the field. They’re also popular speakers at schools, where they teach children about the science of weather and the importance of staying safe.

“We remind them, always be aware of your surroundings in a thunderstorm,” Thompson said.

While weather is serious business for meteorologists, tracking it makes them sought after for more mundane reasons. It’s always an easy conversation starter. People want to know: Will I need a jacket? Should I cancel our hotel at the beach this weekend? Is my kid going to have a baseball game tonight?

And some engage in a sort of wishful thinking − that by talking to a meteorologist they’ll get the forecast they want. For those, Thompson keeps a cup on his desk that says, “Weather requests: 25 cents.”