Duke Energy’s corporate communications teammates are embedded with crews throughout the Carolinas to support Hurricane Dorian efforts. Here are their reports from Thursday, Sept. 5.

Paul Putman has been waiting patiently for Hurricane Dorian to pass so he can get to work. 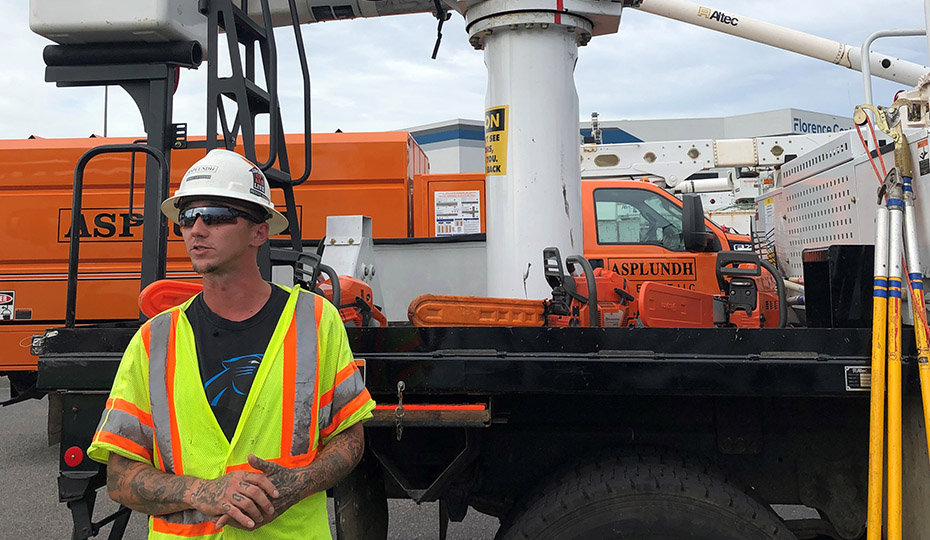 A vegetation specialist with Asplundh Tree Expert traveled about 2-1/2 hours from his home in Spartanburg, S.C., to Florence, S.C., where Duke Energy stationed about 1,500 of its 9,000 crews in the Carolinas to be ready to restore power as soon as it’s safe to do so.

Damage assessment could begin Friday, which will help Putman’s crew of 39 determine where they need to go. They’ll bring their chainsaws and trimmers to clear trees and other vegetation from power lines and roads so line workers can repair the grid.

The waiting, he said, can be difficult but he’s learned that it’s not a process that can be rushed.

“You have to take it as it comes,” he said, “because when you rush things that’s when you get hurt.”

The grid gets stronger to withstand frequent storms

Here we go, AGAIN! That's the mood among customers and even news media in communities up and down the Carolinas coast. 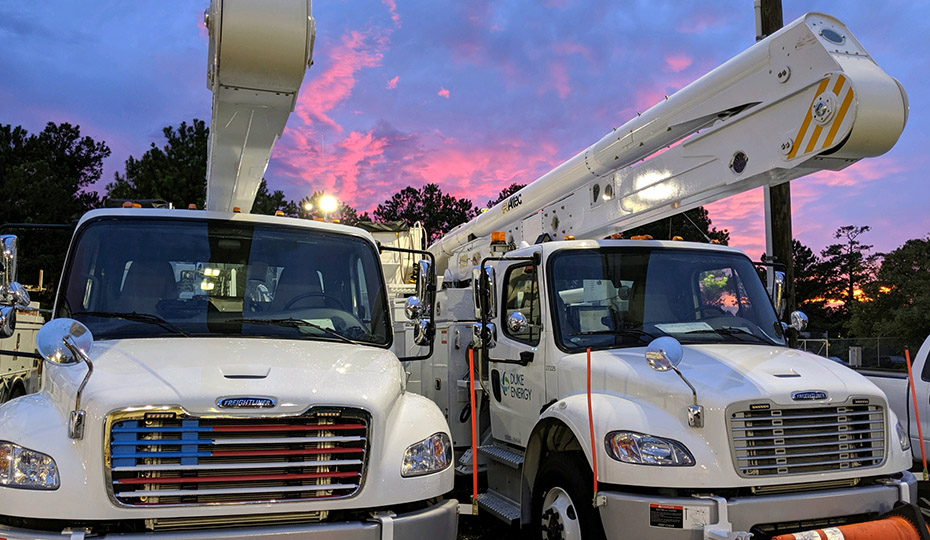 Trucks in Wilmington ready to roll.

We're now on our third hurricane in 12 months and even as Dorian makes its final approach there are more storms churning in the Atlantic. It's not the kind of reunion anyone wants to have and for Wilmington and other coastal and inland cities, it's a weary reminder of what has become a regular trend of severe storms.

We've seen storms increase in severity and frequency in the region over the last decade, so Duke Energy must build a stronger, more resilient power grid to serve customers in a variety of conditions. This year we began a multi-year grid improvement initiative to make the state's energy infrastructure more resistant to power outages. In coastal communities and across the state that means upgrading poles and wires, burying outage-prone lines and deploying technologies that can detect outages and automatically reroute power to restore service faster than ever.

We've still got a ways to go, but with every improvement we are also improving the way we respond to storms like Dorian. As I look into the faces of storm-weary families and emergency workers I'd met in my hotel and on the streets of Wilmington, I know how important this work is to our customers and the communities we serve. For now, though, it's all hands on deck as Duke Energy prepares for Dorian’s aftermath.

Hurricane Dorian has been stressful for many, but today I came across a couple in Wilmington, N.C., who had a unique challenge. 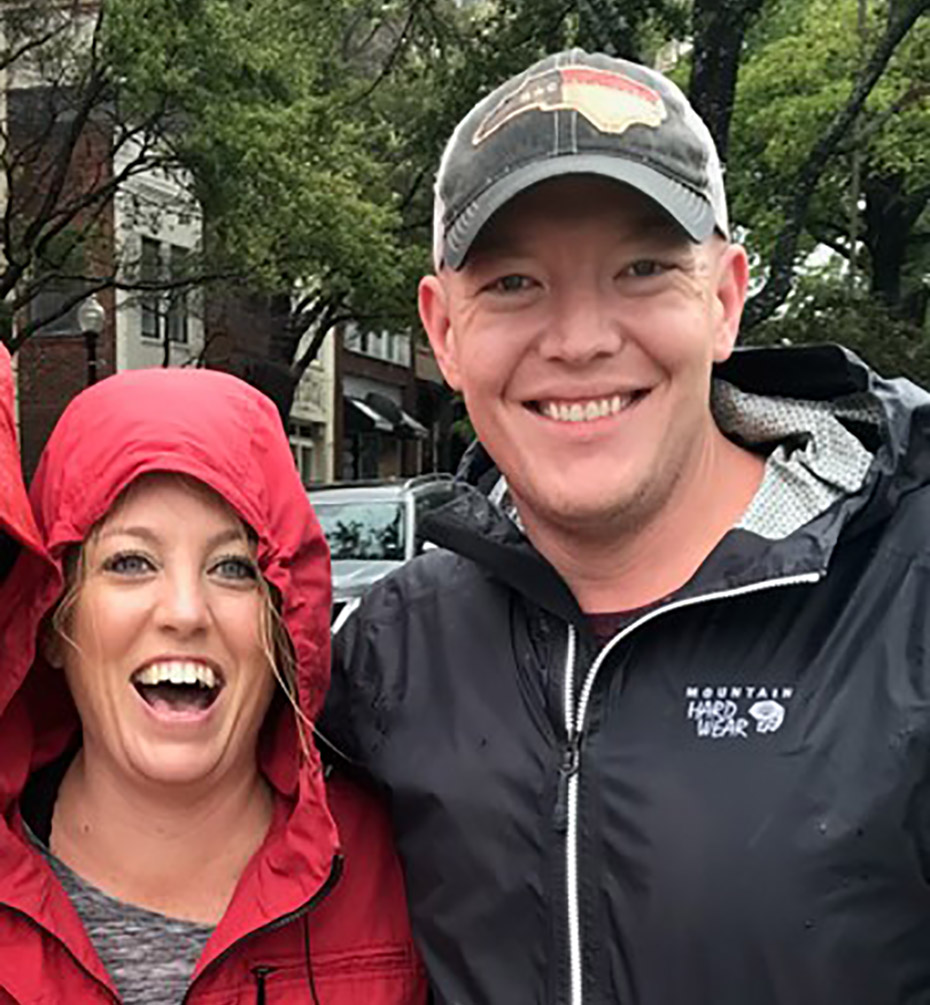 Nicole Riley, a wedding planner and owner of Verge Events in Asheville, N.C., and her husband, Ian, a wedding photographer, are in town for a wedding.

Her first course of business was to cancel the rehearsal dinner that was scheduled for Friday night at the Battleship North Carolina. Nicole told me the actual wedding will be dependent on having power to serve the wedding guests food afterward. A brewery in town may serve as the backup.

Go behind-the-scenes at the Southern Region Operations Office, where a team leads 24-7 storm restoration efforts from Florence, S.C. By monitoring meteorology reports, they’re getting the crews in place and ready to deploy crews to the hardest hit areas in in North and South Carolina.