Most children go through a phase where they’ll turn their bedroom into a performance hall and put on shows for their parents, neighbors and anyone willing to watch. So, when a young person with dreams of taking the stage sees dancers in flight or costumed singers on stage, something magical happens.

It happens when the child sits in a hushed theater as the lights go down, the curtain rises and another world comes to life. Some families, however, can’t afford that experience. But they can still attend the ballet or a musical. 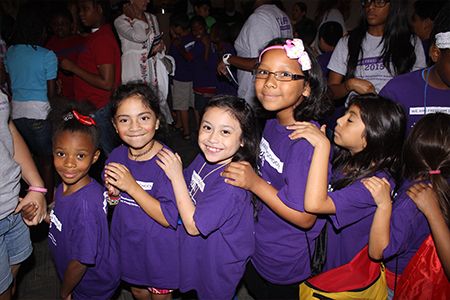 Many major arts organizations offer free or discounted tickets to performances in programs supported by the Duke Energy Foundation, which recently announced more than $566,000 in grants to 10 North Carolina nonprofits focused on arts and education. The grants help organizations reach people who might otherwise be left out.

One of those people is Amy, the parent of a daughter, now 16, who participates in the Belmont Avenue Boys and Girls Clubs in Charlotte. Mom and daughter got to see “The Lion King” courtesy of the ticket scholarship fund. 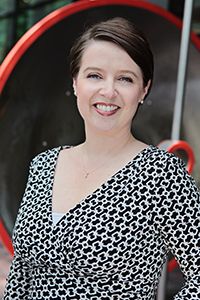 “I wanted my daughter to ... be able to experience different forms of art that the world has to offer,” she said. “This program has allowed her to see many shows that she normally would not have been able to see.”

Seeing live musical theater has made a big difference for Amy's daughter: “It has now awakened her interest in theater and dance even more. The bud of dance was there before, but now it has blossomed into a full passion.”

Carolina Ballet in Raleigh won a $175,000 Duke Energy Foundation grant for the 2016-17 season, which allows the group to offer affordable performances and continue providing complimentary and discounted tickets.

“This is much more than a project grant,” said Nate McGaha, Carolina Ballet’s executive director. “This money helps us sponsor an entire season.” This season, that includes classics such as “The Little Mermaid,” “Carmen” and “Vivaldi’s Four Seasons.” 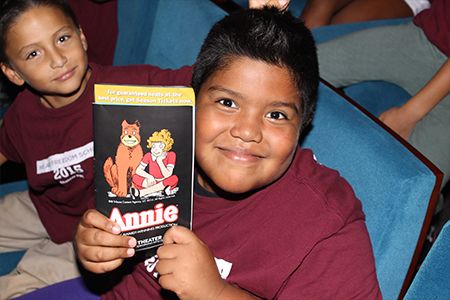 It’s not just children who benefit. Veterans and community nonprofits got to see “The Nutcracker” in 2016 because of the Foundation’s gift.

In Charlotte, Blumenthal Performing Arts received a $26,150 grant for the Duke Energy Ticket Scholarship Fund, which will provide 390 tickets to young people and their families. Recipients will see “Into the Woods” (Feb. 11 and 12) and “Circus 1903” (May 6 and 7).

Kids – sometimes as young as preschoolers – aren’t just deposited at the theater door. Several weeks before each performance, families and organizations get a study guide to prepare for the experience. Blumenthal’s education department also hosts post-show talkbacks with performers.

This is often the first time these children see a professional production, said Chase Law, Blumenthal’s development director. Even their parents may be seeing theater for the first time. 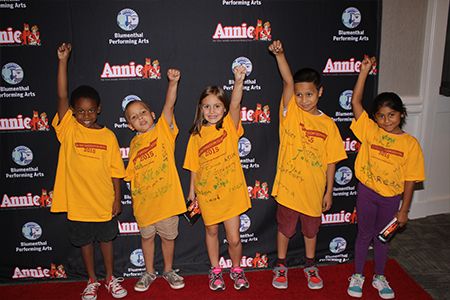 “They’re blown away by the size of the theater, atmosphere, the sets, the costumes and the actual live performance,” Law said. Suddenly, the action isn’t on TV or a handheld device. It’s happening right in front of them.

Why does early exposure to the arts matter? Because the arts are an essential part of community building. And young people who attend arts events are more likely to become adults who support the arts.

A National Endowment for the Arts study published in 2015 revealed that “adults who attended performing arts or visited museums as children were three to four times as likely to see shows or visit museums as adults. Exposure to the arts in childhood turns out to be a stronger predictor of adult arts participation than education, gender, age or income.”

The arts also contribute significantly to the economy. The arts in 2012 generated more than $698 billion for the U.S. economy, the NEA said, more than construction, transportation and warehousing. 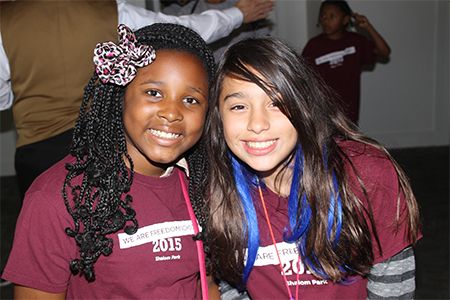 “We have quite a few students who have participated in our programs as young children and have come back to support those same programs as they grow up,” Law said.

So a child putting on a show in her bedroom could grow up to be the next Idina Menzel or Misty Copeland … or a loyal arts patron.

Learn more about the Duke Energy Foundation grant recipients and their work to expand access to and cultivate appreciation of arts and culture across North Carolina.