Duke Energy’s Piedmont Natural Gas leases “pipeline integrity gauges” to inspect hundreds of miles of transmission pipelines each year. The PIGs (and the humans who operate them and interpret the results) help maintain the safety and integrity of the pipeline system. 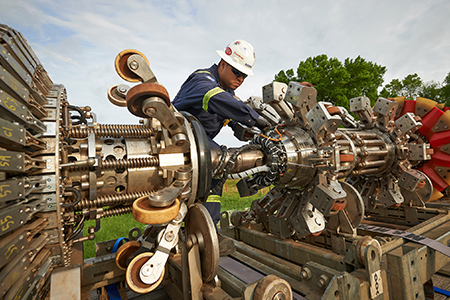 PIGs inspect the internal and external condition of the pipe by moving through the pipeline while it’s in service; customer flow isn’t interrupted. They’re powered by natural gas pressure pushing them onward as they look for any anomaly that may compromise service or safety. They can detect a potential leak before it happens.

Don’t let the name fool you, though. PIGs are serious business. They’re sophisticated probes – each one costing upwards of $1 million – outfitted with sensors and magnets that transmit data. They can pinpoint corrosion, dents, cracks, gouges and other signs of trouble.

Outfitted with onboard computers, PIGs record data each time they encounter an anomaly. PIG analysts review the complex signals recorded by the PIG and develop reports listing all the features and anomalies found on the pipeline with GPS coordinates. It can take up to 60 to 120 days for the data to be processed and analyzed.

In fact, the whole operation takes considerable time. It can take up to a year to retrofit older lines for pigging. A cleaning PIG must be sent in to prepare a line to be pigged, and that alone can take three to four weeks, said Jim Kalish, Piedmont Natural Gas manager of engineering.“The pipeline has to be clean to get good data,” he said.

As it moves through the pipe, the PIG pushes out natural gas in front of it and into downstream systems. 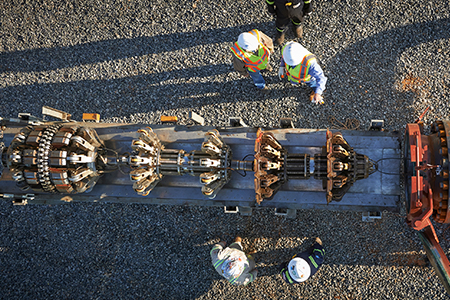 Piedmont inspects its transmission pipeline in compliance with Federal Department of Transportation regulations. Engineers inspect pipelines all year, and above and beyond what those guidelines require. Mara Sikora, manager of transmission integrity, calls it “an aggressive inspection program.” Duke Energy has 3,000 miles of transmission lines throughout its service territory.

Just as with the running of the bulls, there is folklore surrounding the running of the PIGs. No one is sure how the name originated. Some say it evolved from earlier “pipeline inspection gadgets” or more modern “pipeline integrity gauges.” Most people say the inspection devices make squealing sounds as they are pushed through the pipeline and were dubbed “PIGs” as a result.

Bottom line: These pigs, unlike the barnyard animal they’re named after, keep things clean. (And safe.) 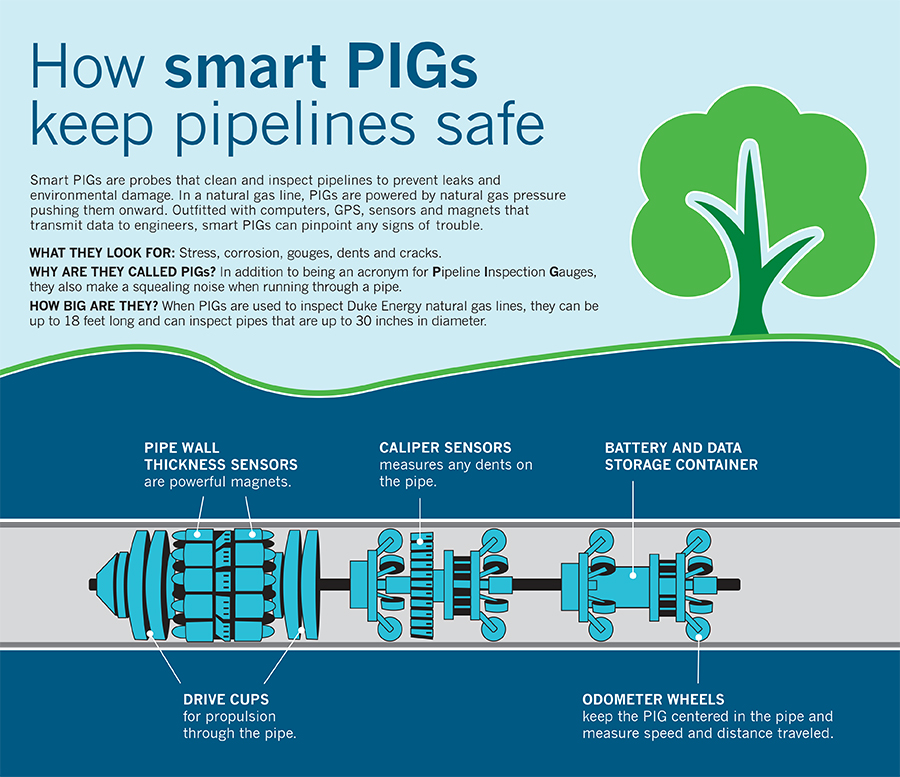