Agnew believed she had left all that back in her hometown of New Haven, Conn., when she packed up with her two-year-old daughter in 1991 and moved to Charlotte, land of warmer weather and hope. A friend who’d relocated to the area suggested the city to her.

Her closest friend from up North moved down with her daughter, too. They rented a three-bedroom apartment near Briar Creek Road – Agnew had one room, her friend had one room, and the girls shared the other one. 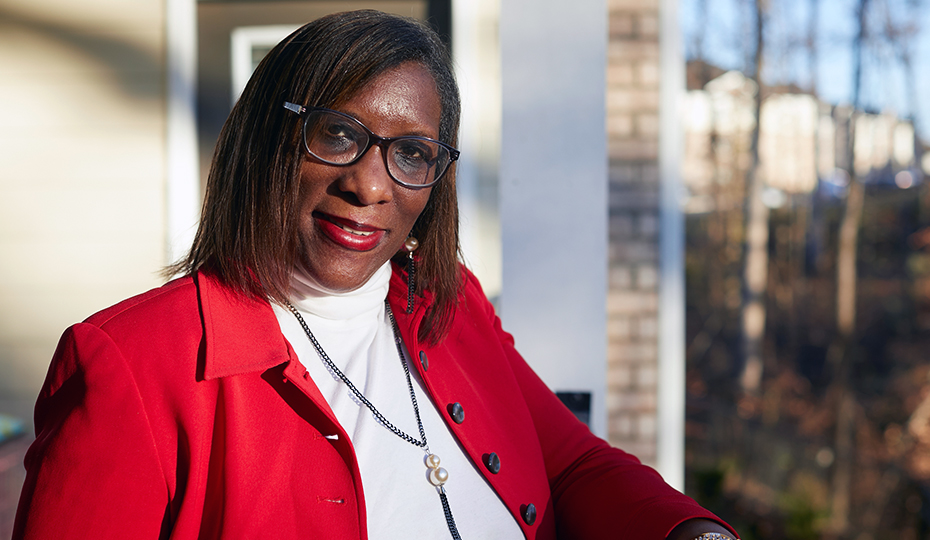 Agnew took a job as a unit secretary at Carolinas Medical Center and, in 1993, she had a son. She vowed to make her marriage work as long as she could. They were together for almost 20 years, but the last few were hardly stable. Her husband had an addiction, and whenever he tried to quit, it eventually came back like a boomerang through windows.

Agnew can’t remember exactly when it happened but around 2013 or 2014, they separated by her telling him he had to go. Suddenly, she was a single mother of two with a full-time job – by now she worked for a company in Fort Mill, S.C. – who couldn’t afford her bills.

Agnew wears a bracelet that says “Faith.” She kept believing a turnaround would come, but it didn’t. Still, she never gave up her faith in God. The debts grew faster than her paychecks could cover. A friend recommended that she reach out to Crisis Assistance Ministry, the Charlotte-based nonprofit that helps people in times of financial crisis.

“No way will I go to that place,” Agnew said she remembers saying. “I felt that I was working; I had a job. It was my place to take care of my children. It was probably pride.”

But then came a second notice from her landlord – pay now, or be evicted. It was winter, and she owed more than $300 on her power bill and about $1,200 in back rent. She knew she had to let go of that pride. 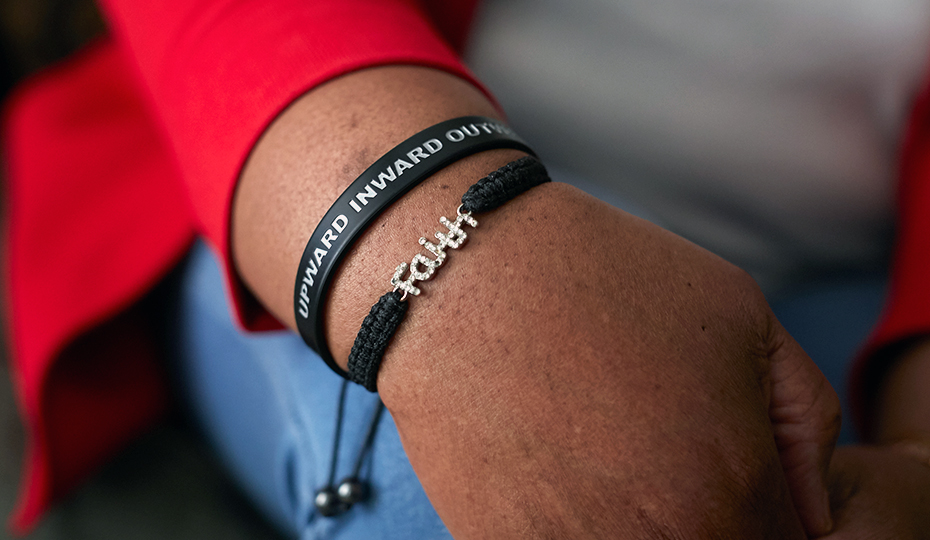 Sitting in a coffee shop recently, wearing a blue sweater over a white turtleneck, Agnew pulled off her glasses and flicked away tears as she unreeled the rest of the story.

“They called my name,” she said of her first trip to Crisis Assistance Ministry. “I told my situation. I brought bills to prove it. And they stopped the eviction. I’ll never forget, the woman made the call and she told them how they were going to pay it. And they paid it. I don’t know what me and my kids would’ve done had they not come through.”

Crisis Assistance Ministry pools resources and connections to make these small miracles happen. For Agnew, one resource was the Piedmont Natural Gas Share the Warmth program. Piedmont and Duke Energy have been offering the program in their service territories for years to help people with their heating bill in winter.

Originally, Share the Warmth was a simple corporate contribution to Crisis Assistance Ministry and similar organizations in areas served by the companies. Piedmont expanded on the idea and lets customers get involved through a “round-up” program. Piedmont customers can round up their monthly balance to the next dollar, and the difference goes to the organizations that serve their areas. For instance, if a Charlotte customer’s bill is $49.01, the customer is charged $50, and 99 cents goes to Crisis. Piedmont sends the money to the organizations every month. The company still sends its $100,000-a-year corporate contribution, too.

Barbara Ashford, Piedmont’s director of community relations, said customer round-up contributions total $100,000 to $150,000 every year. As many as 40,000 customers elect to participate in Share the Warmth. Of course, she would love to see that number increase.

“I look at Share the Warmth as extended family,” she said. “You (the recipient of help) may not even be our customer, but we want to take care of our neighbors. We don’t care how you get your energy. We don’t want anyone to be cold in the winter.”

Agnew is powerful proof of the program’s value. After receiving the catch-up money, she was able to develop a budget on one salary. Included was a few extra cents each month that she donated to Share the Warmth.

The return on the Share the Warmth investment into Agnew didn’t stop there, though.

She’s now a board member for Crisis Assistance Ministry. She sees it as her duty to tell her story as often as possible, not just to people who may not want to ask for help, but to everyone.

“I share my story (with people in need) to let them know that they’re not alone,” she said. “We’re not just people looking for a handout. We have jobs. We’re working. It’s just, things happen that cause people to get knocked down.”

Duke Energy Carolinas' Share the Warmth and Duke Energy Progress' Energy Neighbor Fund. Duke Energy will match up to $500,000 in customer contributions during the heating season. (Funds are matched all year.)

Eligible customers may apply for a one-time annual assistance up to $300 mid-January through April 30, or until funds are depleted. If funds are available after April 30, they may be used for cooling bills. More information.

Eligible customers may receive a one-time payment up to $300 as long as funds are available. More information.

Duke Energy will match up to $500,000 in customer contributions during the heating season. (Funds are matched all year.) More information.

Piedmont rounds up customer bills to the nearest dollar and donates the difference to an approved Share the Warmth agency in your community. In 2018, Piedmont and its customers contributed more than $290,000. More information.