They formed the AIN employee resource group in Cincinnati to increase awareness and understanding of Asian employees and encourage an inclusive work environment. They had no idea how relevant the support group would become. 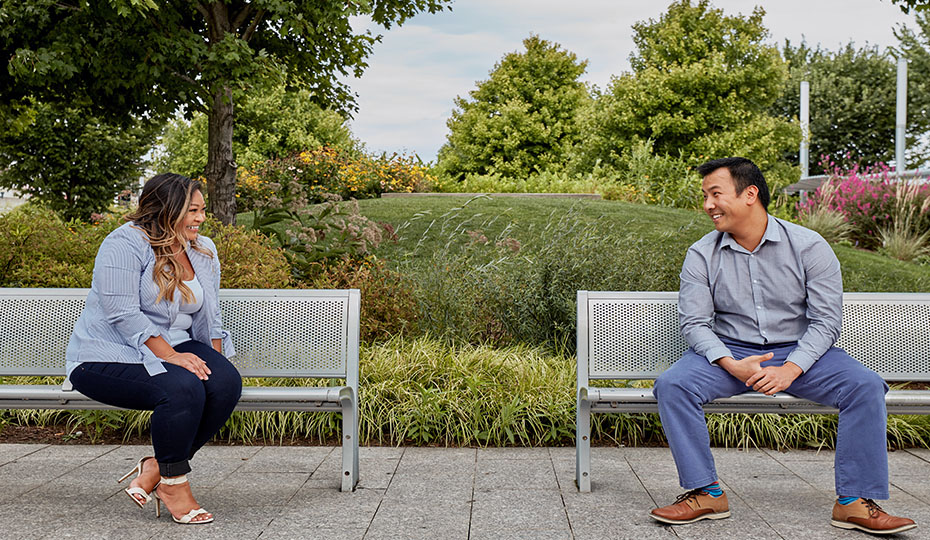 The pandemic, which began in Wuhan, China, has fueled anti-Asian racism and xenophobic violence. In the United States alone, between March and June, there were more than 2,100 reports of anti-Asian discrimination and violence, according to the Asian Pacific Policy and Planning Council.

Downs, who is a land representative in Duke Energy’s Midwest Regional Land Services organization, said she found the accounts heartbreaking. She and Zhuo, an engineer, said they have not been targeted in Cincinnati, where they both work.

“It’s definitely affecting the whole Asian community, not just the Chinese community,” said Zhuo, who moved with his family from China to Ohio when he was in elementary school. “That is why it’s important to have groups like the Asian Inclusion Network. It’s a safe place to educate people and learn what the Asian community has to go through.”

Anti-immigration attitudes In the United States are long-standing and have targeted Asians and other groups including people from Italy, Ireland and Mexico. After the 9/11 terrorist attacks in 2001, South Asian Americans were harassed along with Muslim Americans. In the mid-19th century, many Chinese men arrived to work as laborers, in contrast to the highly educated immigrants of the last 50 years. Anti-Asian attitudes have included government actions. In 1882, President Chester A. Arthur signed the Chinese Exclusion Act restricting immigration. During World War II, President Franklin Roosevelt signed an executive order forcing Japanese Americans into internment camps.

Zhuo and Downs learned there was no support network at Duke Energy for employees who identify as Asians, who make up 1.3 percent of the company’s 29,000-member workforce. “I’d been thinking about starting one for a couple of years,” Zhuo said. "After speaking to my team and manager in Substation Engineering, I received support and encouragement to do this.”

They each joined a number of other ERGs, including WeR1 for LGBT Equality, Advocates for African Americans, Latinos Energizing Diversity and Business Women’s Network. They saw their participation as a way to get to know people outside their own teams, be supportive of co-workers and expand their understanding of issues affecting other people.

A job applicant who turned down a position with Duke Energy last year asked whether there was an Asian ERG. That helped spur them to create the Asian Inclusion Network (AIN).

To learn more about Duke Energy’s employee resource groups and its commitment to diversity and inclusion, go to the company’s Diversity and Inclusion page.

“With a strong commitment to diversity and inclusion,” AIN’s mission statement says, “we are an advocate for change, empowerment, education and development within the workplace.”

Duke Energy works to reflect the communities it serves.

“Success lies with our employees, and we’ve got to recruit and retain the best and brightest in order to remain competitive,” said Duke Energy’s Chief Diversity Officer Joni Davis. “This new resource group is one more step we’re taking on our journey to become a company that’s representative of the communities we serve.”

AIN kicked off its founding – before the pandemic – with a celebration of the Chinese New Year. For Downs, the event was a chance for others to learn about Asian culture. She’s looking forward to events showcasing other Asian cultures, including those of India, Thailand and her native Philippines. For now, AIN’s meetings will remain online.