It’s hard to imagine that the Biltmore House could be grander, but every holiday season, the team finds a way to make it so. This year, the home and its grounds are covered in almost 200,000 twinkling lights and more than 100 trees. 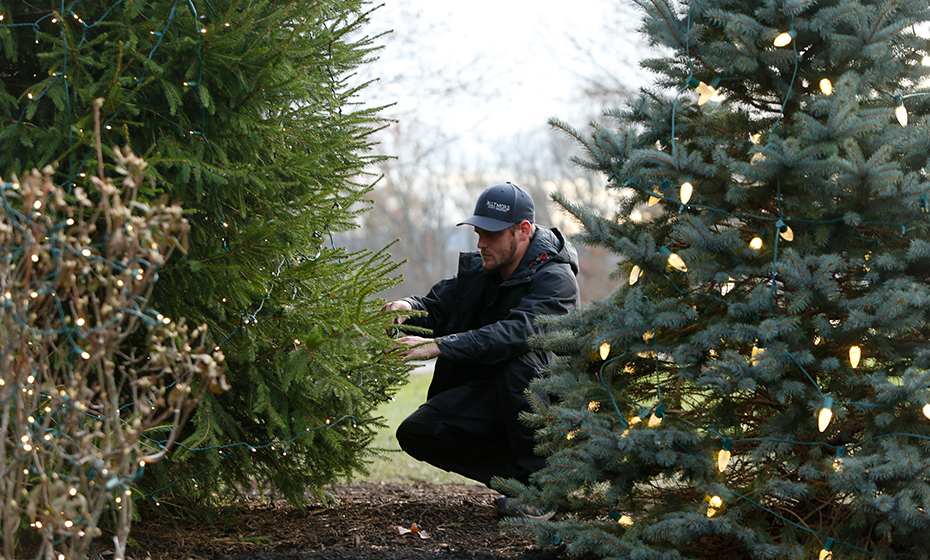 Every evening before sunset, the event logistics team checks the lights to make sure they're ready to shine.

Jonathan Palmer, event logistics manager, is responsible for weddings, corporate events, concerts, but come August, he starts making sure the grounds are perfect for the holidays.

His team sets the largest tree on property in Asheville, N.C. – the Front Lawn tree, a 55-foot-tall Norway Spruce surrounded by 36 smaller illuminated trees and shrubs. They carry in the tree, which is taller than most neighborhood power poles, with a crane before securing it and stringing it with 55,000 LED lights.

Palmer has had a hand in holiday decorations since he joined the company 12 years ago. 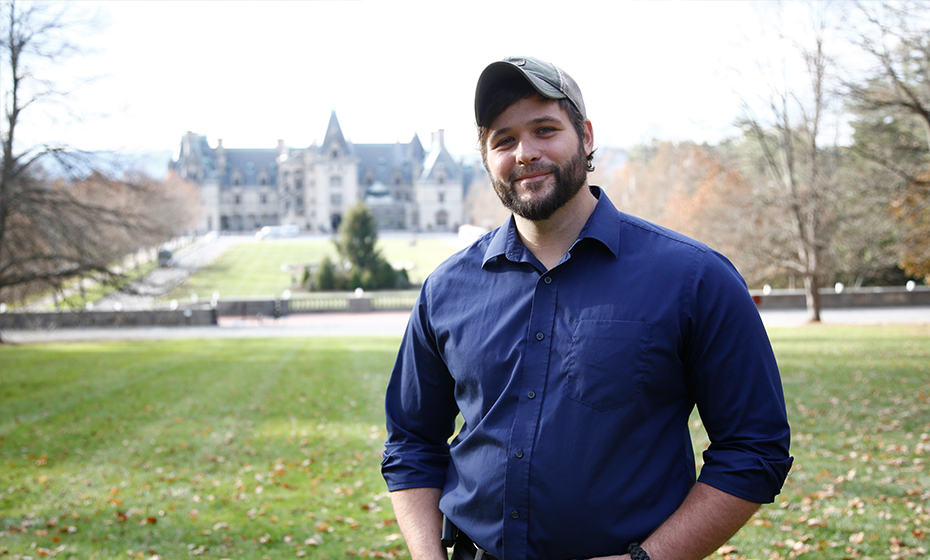 He remembers visiting the Biltmore when he was 16 and telling his mom he wanted to work there someday. Now, he leads a team of roughly 100 that carries on Biltmore’s tradition of holiday cheer that dates to its opening night.

George Vanderbilt moved into the 175,000-square-foot house in November 1895. It was still under construction, but he wanted to open it to his friends and family for the holidays, so the staff worked intensely to host a party on Christmas Eve. 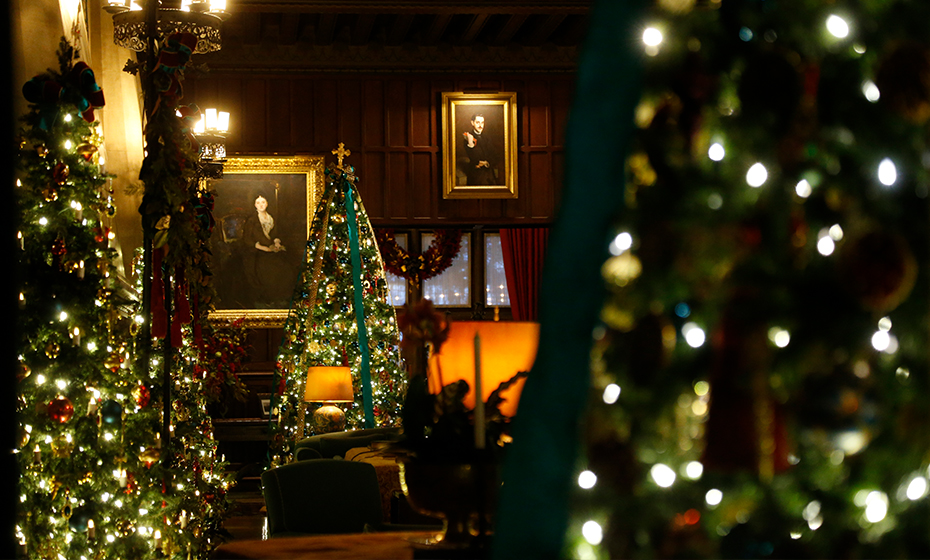 The Tapestry Gallery, with portraits of George Vanderbilt, his mother Maria Louisa Kissam and (not shown here) his wife Edith. The Vanderbilts were one of America's wealthiest families known for their success in the railroad industry.

The inaugural tree sat under the 90-foot ceiling of the Banquet Hall. It was 35 feet tall because, as Vanderbilt was told by his staff, anything less would have been dwarfed by the greatness of the room. They delivered it by horse-drawn carriage and hoisted it into place with ropes from the organ loft before covering it with 500 ornaments and 500 lights and placing 500 wrapped gifts underneath. Today, the Banquet Hall still hosts a 35-foot-tall Fraser Fir delivered by carriage and decorated with 500 ornaments, lights and gifts. It’s a tradition that’s not likely to change, but they’re always looking for ways to incorporate new experiences at other locations on the estate.

This is the first year that Biltmore has used all LED bulbs, which are more energy efficient and vivid, and guests can visit Antler Hill Village to take in a more modern light display after visiting the home. It takes months to design and install the lights throughout the estate, but Palmer said, it’s worth it to see the excitement on guests’ faces as they see the lights for the first time. 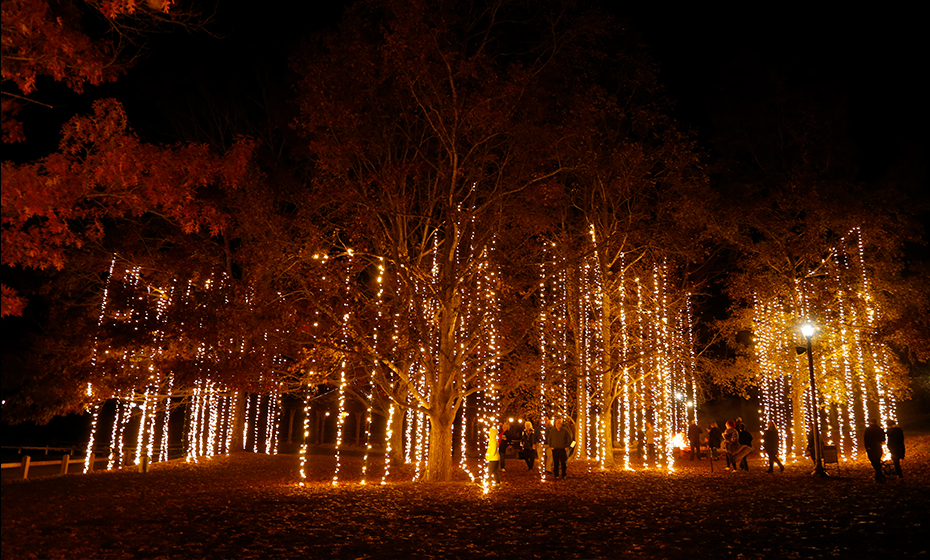 Waterfall lights surrounding a campfire at Biltmore's Antler Hill Village, a shopping center away from the main house.

Biltmore by the numbers 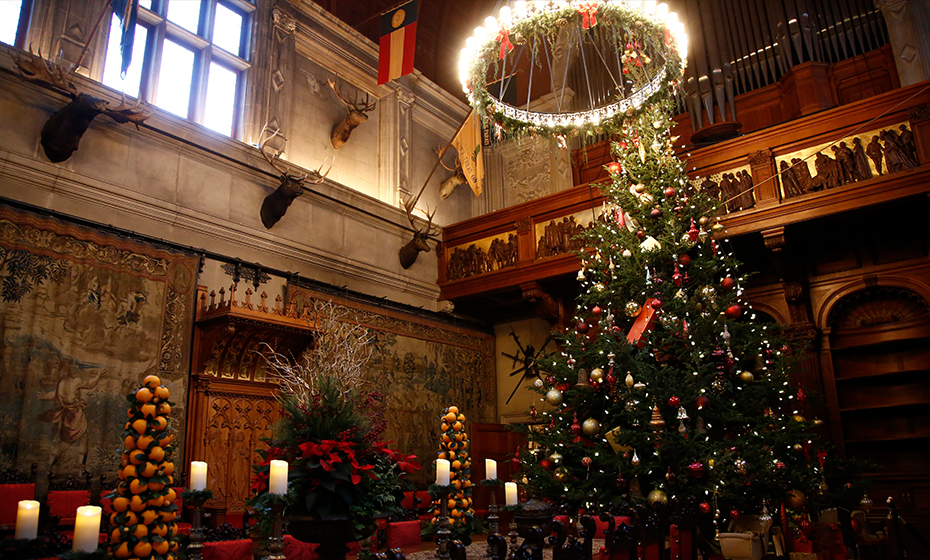 The largest tree inside the Biltmore house, a 35-foot-tall Fraser Fir, in the Banquet Hall.

Trees: 62 hand-decorated trees inside Biltmore House with another 64 across the estate.

Ornaments: 13,000 on the trees inside Biltmore House with as many around the estate.

Garland: 2,327 feet of fresh garland used throughout the season made of mixed white pine and Fraser fir. The garlands are replaced weekly to maintain a fresh look and fragrance.

Bows: 1,000 bows inside Biltmore House with twice as many across the estate.