For Gerald Parks, climbing utility poles, connecting with colleagues and forging relationships in the lineworker community all converge at the annual lineman’s rodeo.

Parks, a customer delivery supervisor in Duke Energy’s mountain zone of North Carolina, has for 11 years sponsored and organized teams of lineworkers to compete in qualifying rodeos leading to the annual International Lineman’s Rodeo in Overland Park, Kan. 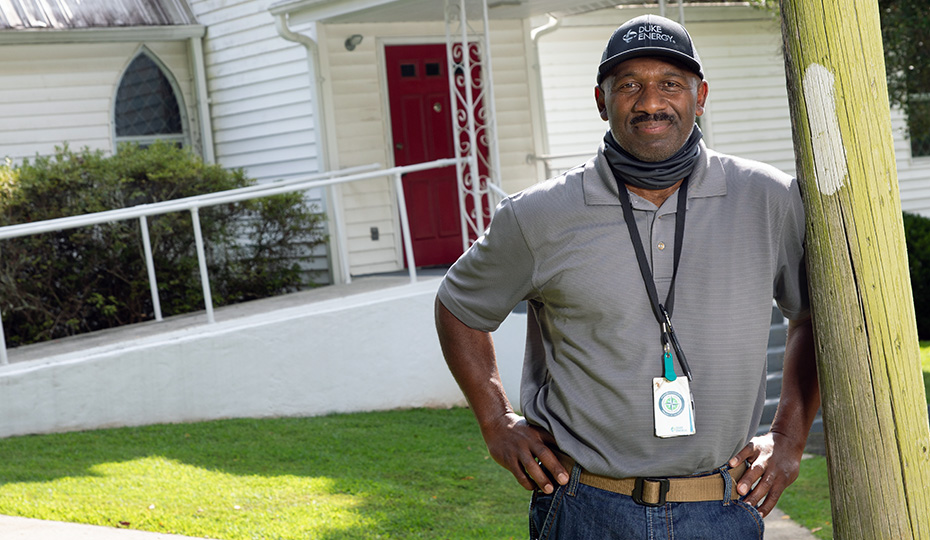 As part of the camaraderie at the rodeo, lineworkers from around the world swap customized event T-shirts with other teams as mementos. Parks has amassed dozens over the years, especially treasuring those he’s collected from different parts of the country and outside the U.S. Parks said his collection numbers more than 50.

After seeing a quilt made of T-shirts at the international competition, he decided he wanted one made from his shirts. Several years ago, he approached Jean Hall, a neighbor and fellow church member, about making a quilt for him.

“She thought it might be too much effort at the time,” Parks said. “Fast forward to earlier this spring, with COVID limiting everyone’s movement. She asked me if I was still interested in a quilt. Of course, I said ‘yes,’ and the resulting quilt she made simply took my breath away with its craftsmanship.”

While Hall, 79, has been sewing most of her life, she had only made two other quilts and was initially intimidated at the prospect. “Gerald is just such a super guy who would do anything for me,” Hall said. “I wanted to do this as a special favor to him.” 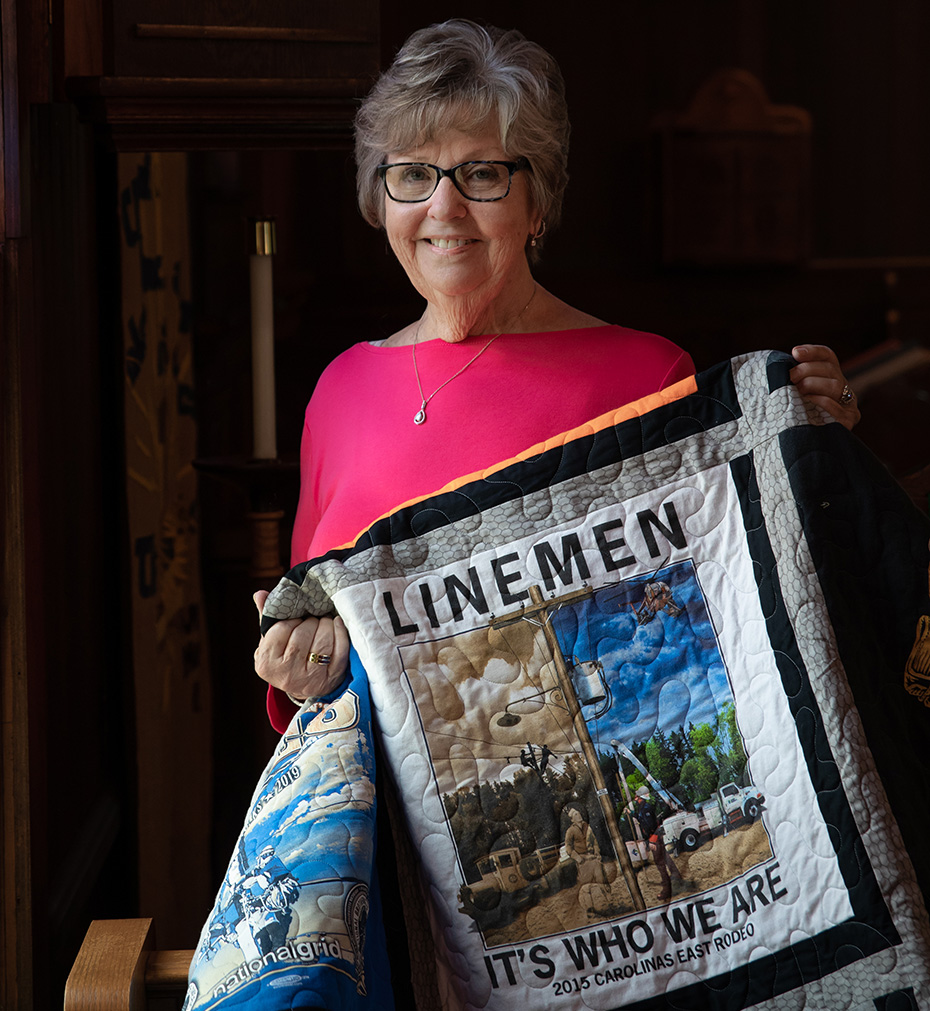 This is the third quilt Jean Hall has made.

She used 20 of the 30 shirts he gave her. “The quilt is the same size as a king-size spread, about 76 inches by 80 inches,” Hall said. “T-shirt quilts have the logos centered in each square. I didn’t use a pattern, but when I got stuck, I went online to view a YouTube video to help me through. The quilt came together nicely and was not too difficult for me.”

Hall said she worked on the quilt for several hours a day, four or five days per week for about a month.

“The rodeos are an opportunity for lineworkers to showcase their talent,” said Parks, an Atlanta native who has lived in Franklin, N.C., since high school. “Practicing for different events is a great test and good team-building development for lineworkers to take back to the job.”

Rodeos pit three-person teams – two climbers and one lineworker on the ground – in a series of known and special unknown/mystery challenges that feature situations lineworkers may encounter while on the job. Events involving speed, safety and accuracy in climbing and repairs are also featured.

“Knowing your craft is a big part of being safe and productive,” Parks said. “And that's something the company puts a lot of emphasis on. Having the opportunity to meet all the other lineworkers from different locations, learn new approaches and talk the lingo is special.”

Parks, a lineworker for 17 years, has competed in two company rodeos and has brought several Duke Energy teams to the international competition. Parks has made it a mission to ignite the enthusiasm with colleagues and even friends who don’t climb power poles for a living.

Parks noted so much of what lineworkers do in response to outages is done in the dark or rain and out of the sight of customers. “It’s nice to get thanks and recognition,” he said. “This quilt is another way to celebrate our work. I know I’ll treasure it and look for ways to show it off.”

Brian Naumuk, Duke Energy Mountain Zone vice president, was impressed when he learned about the quilt.

“Gerald is such a genuine and authentic person who cares for everyone in his community,” Naumuk said. “I’m not at all surprised his service and friendship inspired such a unique and special tribute like this quilt. I’m thrilled for him and even more pleased this will showcase the great work Gerald does every day.” 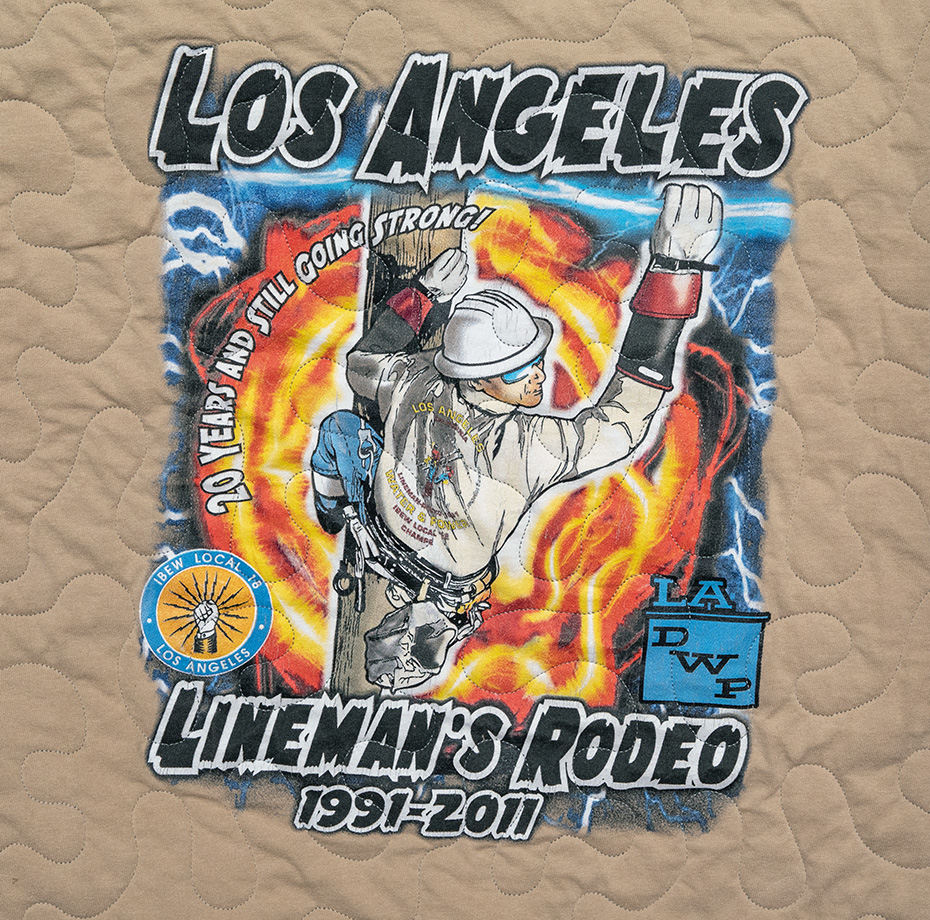 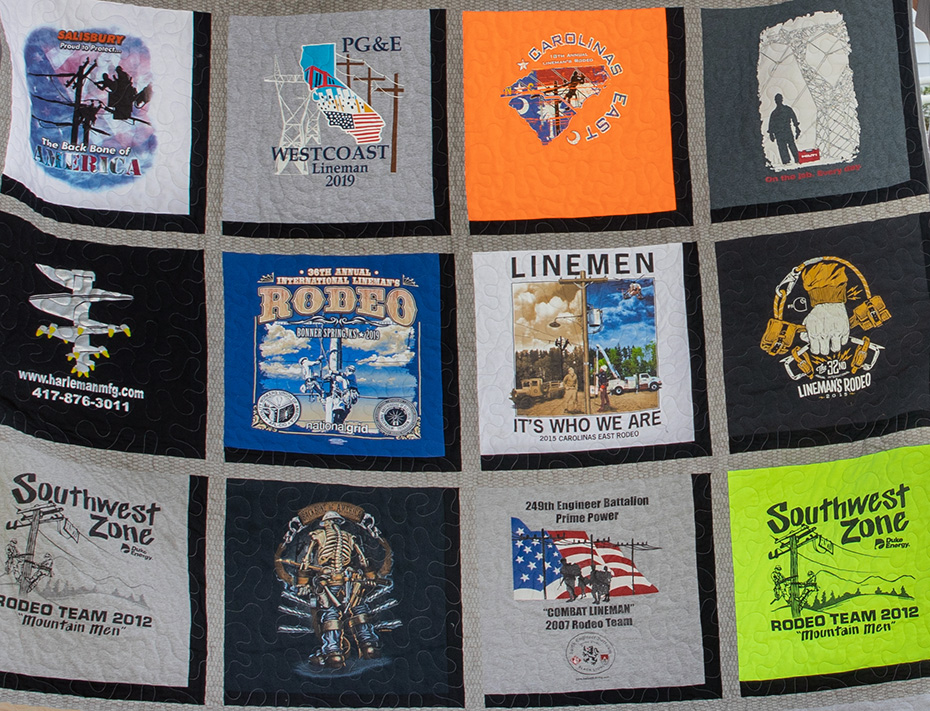 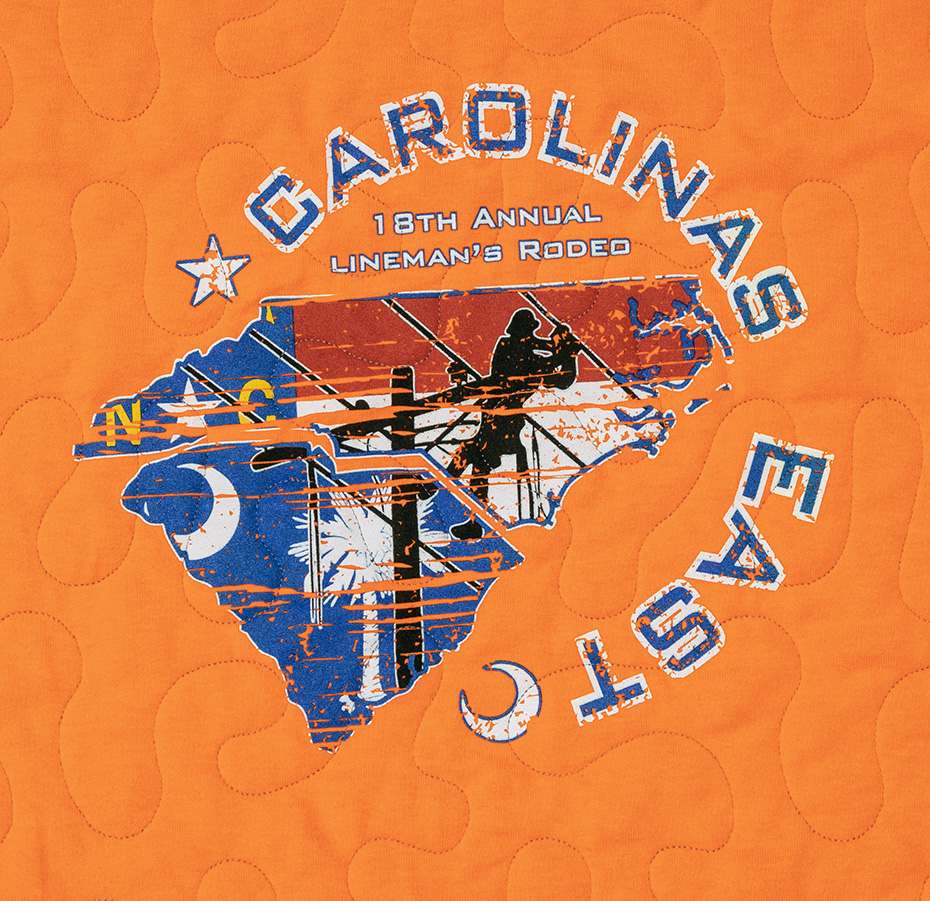 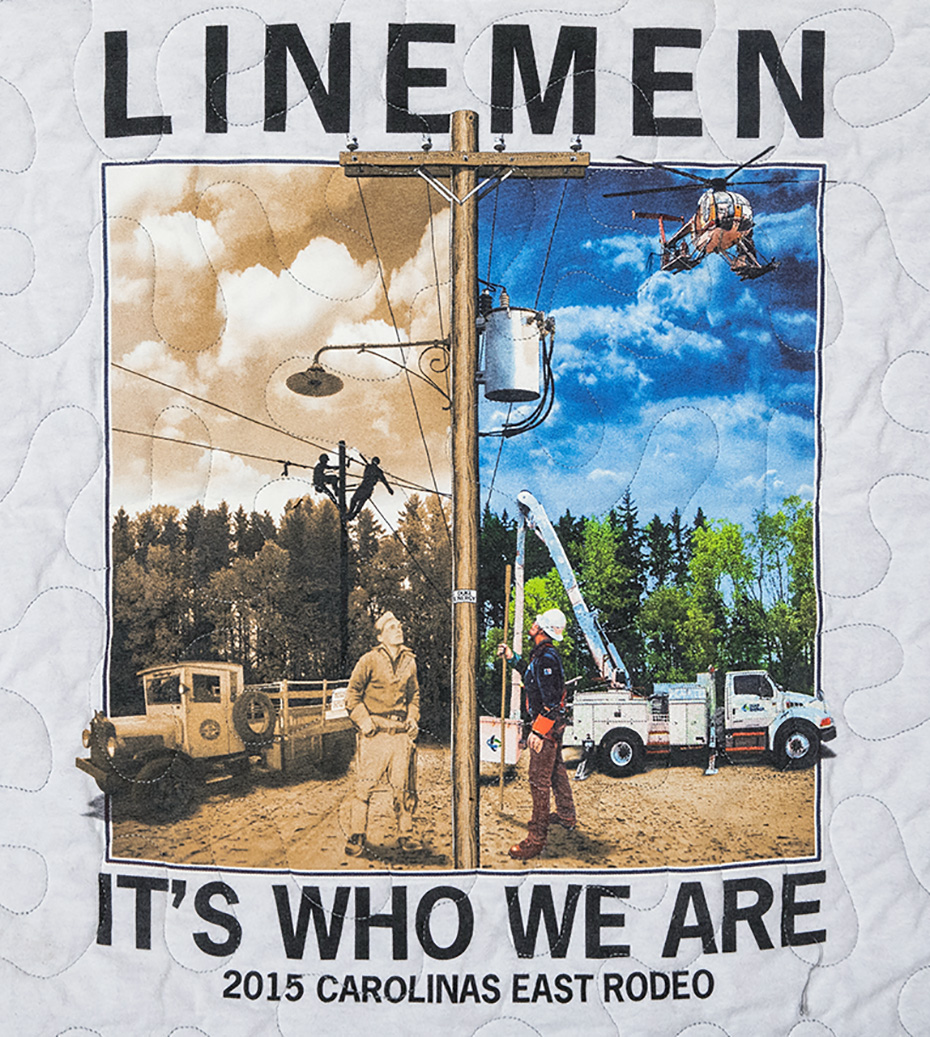