On windswept coastal island 10 miles from downtown Wilmington, N.C., a solitary figure strolls beside the crashing surf several mornings most weeks, alone with his Border Collies and his thoughts.

To the south and north, multistory buildings rise from Carolina Beach and Wrightsville Beach. But on Masonboro Island, where Richard Johnson walks, the sand dunes are the highest points. Less than 9 miles long and barely wider than a football field in places, it is the largest undeveloped barrier island on the southern North Carolina coast.

Johnson, 57, who made his fortune during the dot-com boom, is an unlikely but passionate advocate for preserving the island in its natural state for generations to come. You’ll find him cleaning up trash after the annual Fourth of July party and helping teach fifth-graders about the wonders of the tiny slip of an island through the Masonboro Island Explorer program (which Duke Energy has funded with $144,750 in grants since 2014).

“If you’re trying to save the island for the next generation,” Johnson said, “you better have that next generation love it and know what’s being saved for them.” 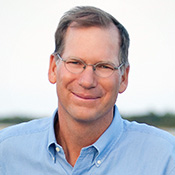 He could live anywhere in the world. He chose land on the Intracoastal Waterway across from Masonboro Island and he regularly boats over. “I do my best thinking walking down the beach,” he said. “I’m still an entrepreneur, still investing in companies, still in control of my investments. It’s my place of reflection.”

You can reach Masonboro Island only by boat, but Johnson’s path there was more circuitous.

Born in Pennsylvania, he moved to New Jersey as a young boy after his father died and his mother remarried. He returned to Pennsylvania to attend Bucknell University, where he played football and studied political science. After graduating, he took a job in New York City as a headhunter for a technology firm. 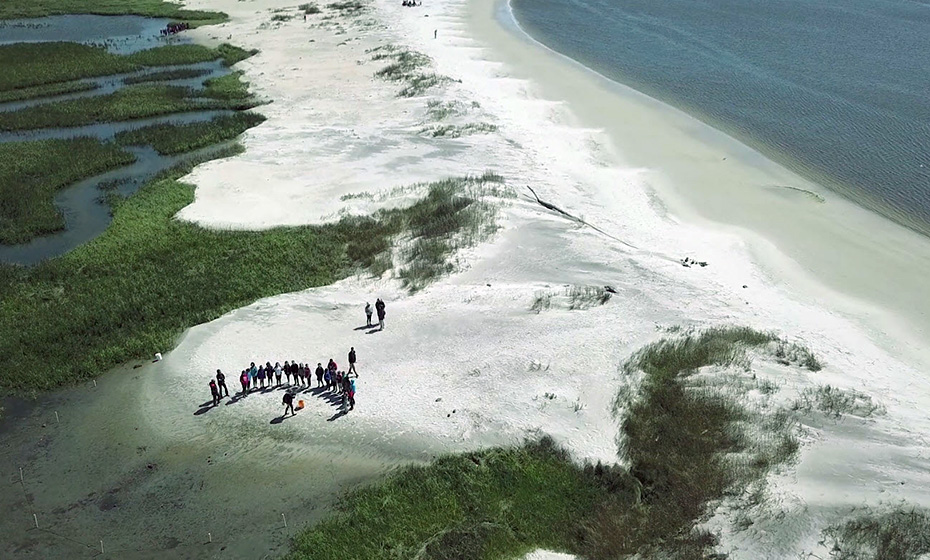 “I’m about as tech as a fire hydrant,” he said. “I thought I would be a lawyer. But I was too ADHD to go back to school. Being a headhunter seemed to suit my personality perfectly. It was sales, but never the same product.”

After several years, he started his own recruiting firm – the first, he boasts, to advertise an email address in the New York Times. By the early 1990s, he said he recognized that “the internet would be the biggest thing ever to happen in our lifetime in business.” So he switched platforms and started hotjobs, a recruiting company that posted job openings on the internet.

What he did next, in 1999, has been described as one of the “10 gutsiest moves in entrepreneurial history.” Johnson mortgaged his house and other assets to pay for a $1.5 million ad during the Super Bowl plus another half a million dollars in production costs.

That 30-second spot transformed his fledgling company into a giant. In 2001, Yahoo bought hotjobs for half a billion dollars and Johnson retired.

“At that point, I had been going to work before my kids got up and getting home after they went to bed,” Johnson said. “I would wake up at 3 a.m., thinking about work. I decided to check out. It goes back to when my father died when I was eight and he was 41. My brother died when he was 30 in a hunting accident. I retired at 41.”

“No one thought I would ever be able to retire, I’m so type-A, a bull in a china shop. If I’m not involved in a project, I go crazy. After hotjobs, we moved to Wyoming and I focused on my kids (he and his wife, Carole, have four daughters). And I started directing more of my attention on nonprofits.”

He said he helped restore a one-room schoolhouse, joined the board of the Bucknell Alumni Association and served as chairman of the wildlife conservation group WildAid. He’s currently working with Trout Unlimited to stop a proposed mine in Alaska’s Bristol Bay.

After they relocated in 2005 to Wilmington, where Carole Johnson’s high school roommate lived, he learned that an annual July Fourth party on Masonboro had become so unruly, and the accumulation of trash so large, that there was talk of placing restrictions on the island. Johnson believed that Masonboro Island, most of which is owned by the state and managed by the N.C. Division of Coastal Management, should be preserved and protected – but remain accessible, even to the partygoers.

He formed Masonboro.org and recruited others who shared his view, including

Tom Hackler, a control room supervisor at Duke Energy’s Brunswick Nuclear Plant. Beginning in 2009 and continuing every year since, a team of volunteers has cleaned up thousands of pounds of trash on July Fourth – and now partygoers help, too. 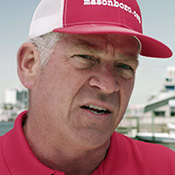 Mission accomplished: The island remains open to the public.

So they came up with a second trick: An island explorer program to teach fifth-graders in New Hanover County about the island and the need to protect it. The first year, 50 students came. Last year, nearly 2,000.

“We have a lot of inner-city kids in New Hanover County who rarely or ever visit a beach, especially an uninhabited one,” said Hackler, now president of Masonboro.org. “For the numerous volunteers involved in the program, introducing kids to this new world is the most rewarding part of the program. We have kids who actually get sick they are so excited. They catch crabs and go out in the marsh and identify periwinkles. It’s all here right in their backyard.

We talk about the ever-changing marine ecosystem, the water cycle and environmental stewardship.”

LaChawn Smith, assistant superintendent for instruction and academic accountability for New Hanover County Schools, said the hands-on experience is invaluable. “They offer the students an incredible experience that’s not only educational but also inspiring and motivating.”

This upcoming school year, Johnson said, every fifth-grader in the county will have the opportunity to go and get to know the island. “For us, Masonboro Island is really our Yellowstone,” he said. “It’s the crown jewel of New Hanover County.”

For someone who has traveled all over the world, there are few places Richard Johnson would rather be. 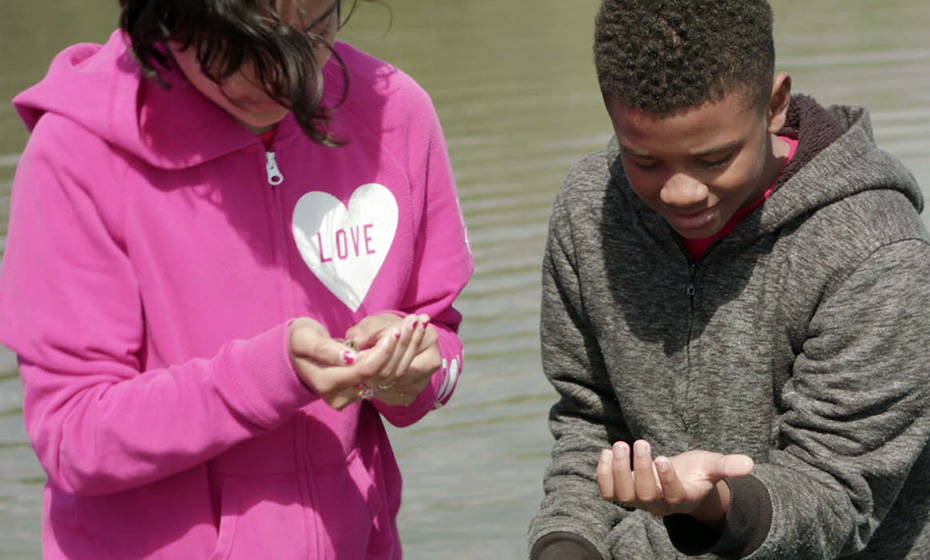