Tino McFarland and his wife Tamara started their construction company in the third bedroom of their Charlotte, North Carolina, townhouse in 2010. Today, McFarland Construction is one of the city's largest Black-owned businesses with more than 50 employees and $35 million in revenue last year. 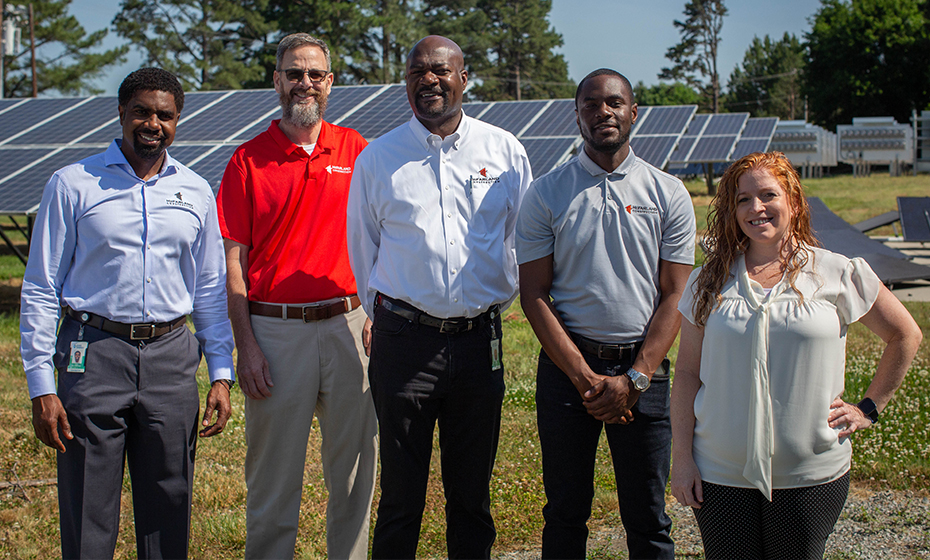 Part of the McFarland team at an experimental solar site they helped build for Duke Energy.

McFarland said he attributes part of that success to Duke Energy and the early opportunities it provided.

Their first job with Duke Energy was in 2013 as a general contractor for a door and security access project at an operations center in Charlotte. Now, they are one of the construction managers building the interior of the Duke Energy Plaza in uptown Charlotte – their largest Duke Energy project yet.

The Duke Energy Plaza will be Duke Energy’s new headquarters. The 40-story building is expected to be complete in 2023, and McFarland Construction’s responsibilities include framing, interior finishes, elevators, mechanical, plumbing, fire suppression, and electrical work.

Just as they were given an opportunity early on, McFarland said they’re bringing in smaller companies to help. 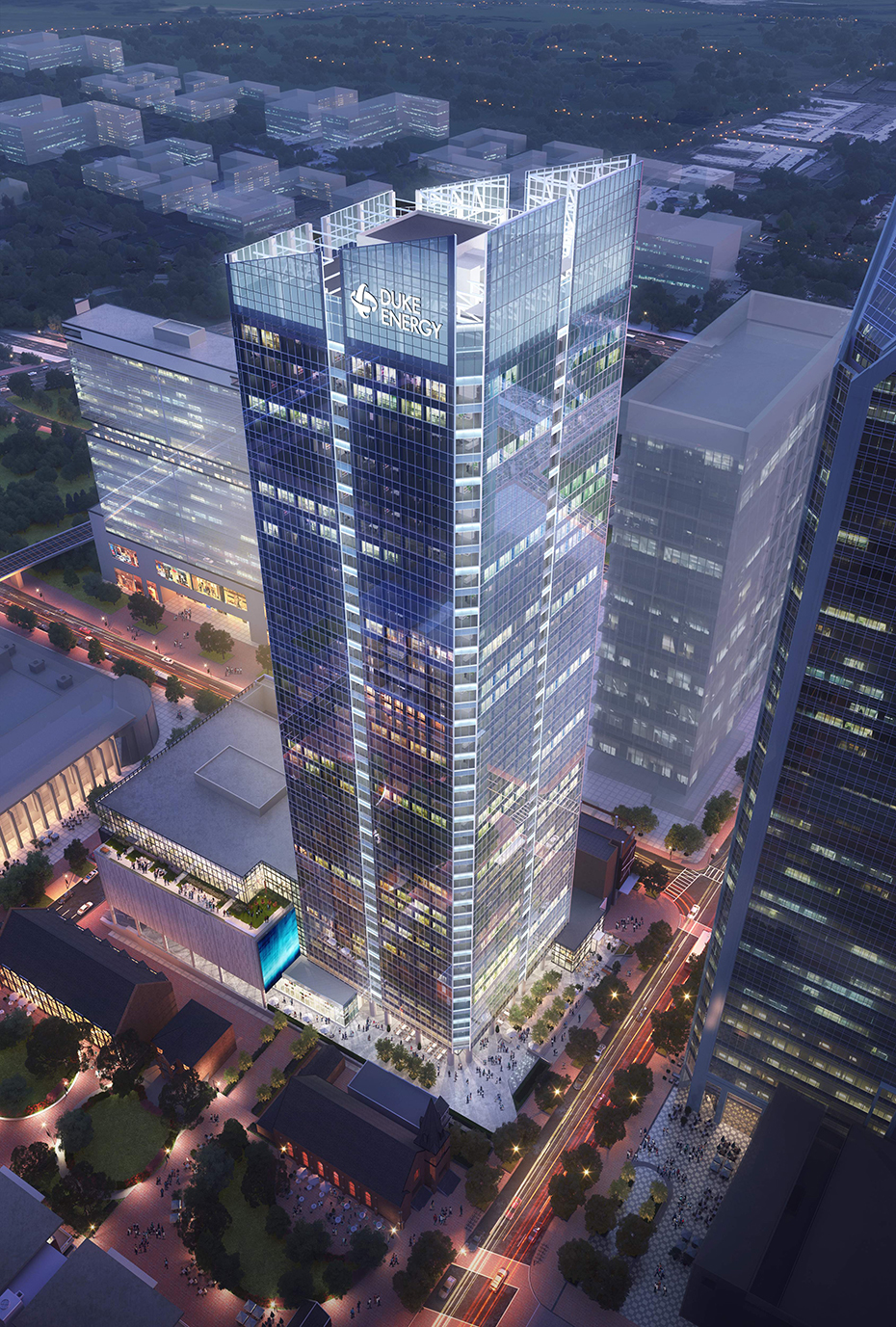 McFarland Construction will help build the interior of The Duke Energy Plaza, which will be Duke Energy's headquarters when complete in 2023.

“They're really doing an excellent job and giving a hand up to other diverse suppliers,” said Tonja Graham, Duke Energy supplier engagement and diversity manager.

McFarland said that’s been his goal since opening his own company. He started working in construction about 20 years ago and noticed the lack of diversity. With his own company, he knew he wanted to hire diverse employees and vendors but also work for companies committed to diversity and inclusion.

Duke Energy shares that vision. In 2020, the company donated more than $2 million to organizations working for social justice and racial equity and was named one of Forbes’ best employers for diversity. Duke Energy also looks for ways to support diversity and inclusion through its operations including banking with minority-owned banks and its supplier diversity program.

In 2020, Duke Energy spent about $1.3 billion with diverse vendors directly and through subcontracting. McFarland earned his first Duke Energy job after meeting with the company’s real estate and supplier diversity team. 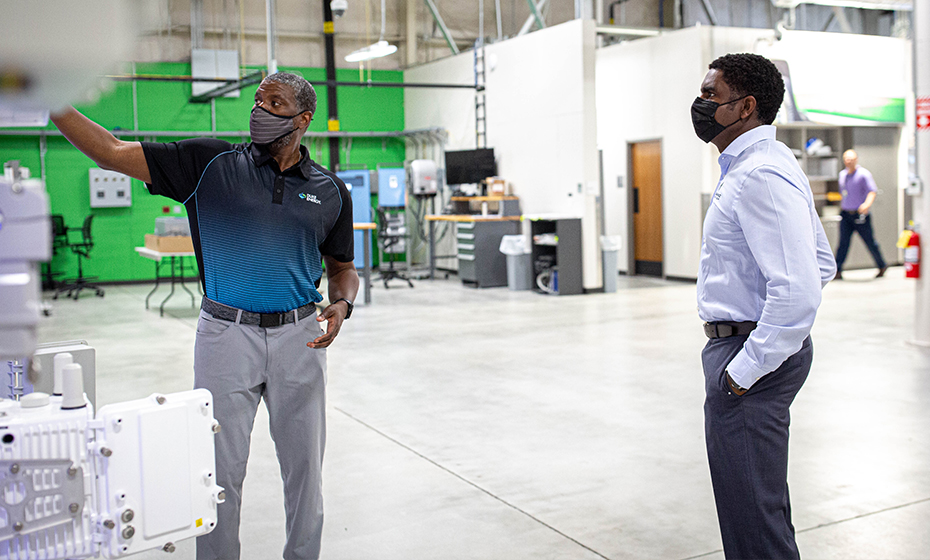 The supplier diversity team also helps create a community of diverse businesses that can support each other. Through its Supplier Exchange Forum, Duke Energy invites current and prospective suppliers to a networking event where they can meet each other, Duke Energy’s chief procurement officer, executives and other leaders in supply chain.

McFarland said these opportunities were helpful because the outreach and training were paired with the opportunity to earn work.

“It's great to get training, education and orientation around doing business, but it's better when that exposure is coupled with the opportunity to work,” McFarland said. “I would be willing to bet that, absent the work, we wouldn't be able to tell the same story because businesses need to work in order to grow, thrive, and develop.”

McFarland Construction’s work with Duke Energy has been beneficial financially, but it has also helped them compete for jobs because others know the high standards that Duke Energy has for its vendors. 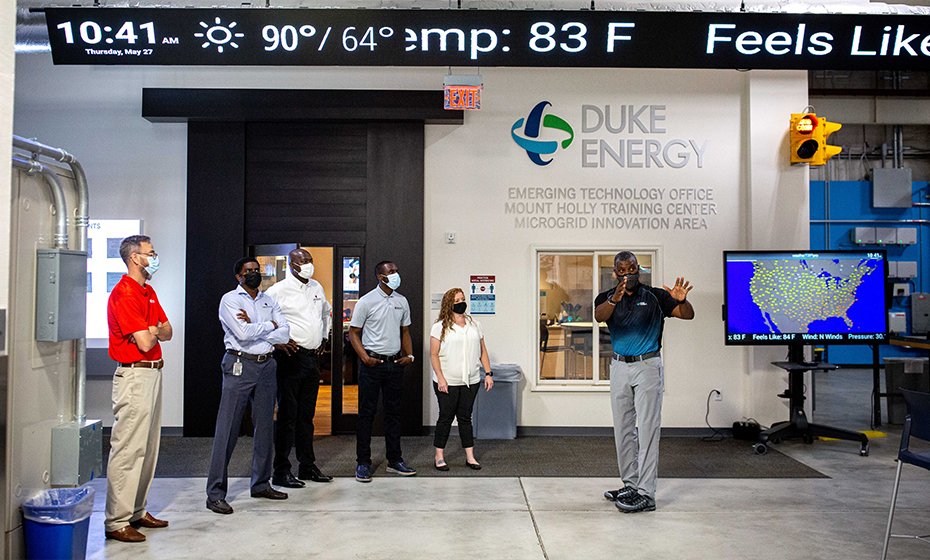 McFarland Construction has worked on several projects for the emerging technology campus including a new classroom space next door to the office seen here.

“There's so much potential and so much innovation that comes out of it,” Graham said. “It's like winning the lottery. Maybe you're not getting money per se, but there's nothing like seeing someone succeed.”

By the time the Duke Energy Plaza is complete, McFarland said he expects to hire at least a dozen more employees and help more minority-owned businesses.

“There's a lot of opportunity for economic empowerment and for growing and developing businesses,” he said, “and we want to make sure that opportunity is open and accessible to all.”