When Floyd Harris gets an idea, there’s no stopping him. He created safety technology at the Brunswick Nuclear Plant in North Carolina that helped set standards industrywide – and he’s still inventing.

Franken-Floyd, his colleagues nicknamed him.

Harris, a radiation protection specialist, devotes days and nights to his projects – literally, as solutions sometimes pop into his head at 3 in the morning. “Some people get a challenge running a marathon,” he said. “I get a challenge making things work. I’m self-driven. No one forces me to do it. I find it enjoyable. So I dedicate my time to it.” 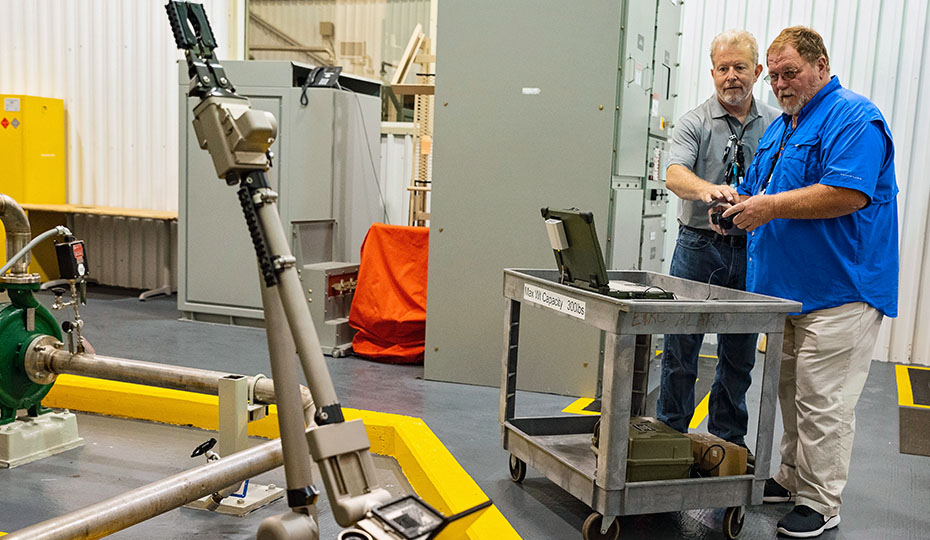 Thanks in large part to Harris, the Brunswick plant near Southport, N.C., boasts one of the industry’s largest remote monitoring systems – if not the largest – with more than 250 cameras monitoring various plant areas.

“We’re pretty sure Floyd’s got more cameras out in the plant than any utility,” said Jim Bickerstaff, Brunswick plant sciences planner, who has worked with Harris since 2006. “We think he’s probably not entirely human, maybe part bionic man or something. He’s driven. He gets something he wants done and he just goes and makes it happen no matter what it takes.”

Around the time of the earthquake and tsunami that affected the Fukushima Daiichi Nuclear Power Plant in Japan in 2011, Harris introduced inspection robotics into the plant so employees could spend less time in certain areas. Other plants around the country followed his lead on that, too. Robots of varying sizes now take radiation readings, video, audio, measurements, temperature readings and sound readings. If an employee must enter certain areas, a robot can accompany them and provide live-time readings.

Though Harris is a self-starter, he is known throughout the nuclear industry as a subject matter expert (SME) on radiological protection technology. He has expertise in robotics, audio-visual technology, computer servers, digital transmission and fiber-optic systems.

His wife, Cherie Griffith Harris, has a reactor operator’s license and worked at the Harris Nuclear Plant near Raleigh. She is retired. “She has a skill set of her own that I do not possess that is helpful to me from time to time,” Harris said. “When you work in nuclear power, there are not a lot of people in the outside world who truly understand.”

Harris began his journey of learning and experimenting in the early 1990s while working at the San Onofre Nuclear Station in California (now closed). He started experimenting with cameras for remote monitoring.

He carried his work ethic and curiosity with him when he took a job across the country at the Brunswick plant 24 years ago. In the early years, Harris often researched problems on his own time and put together solutions with spare parts or pieces from retired equipment.

Along the way, he began brainstorming with Daren Cato, a remote monitoring lead at Robinson Nuclear Plant for 11 years who now runs RadPro Technology, which provides custom automation work for nuclear power. 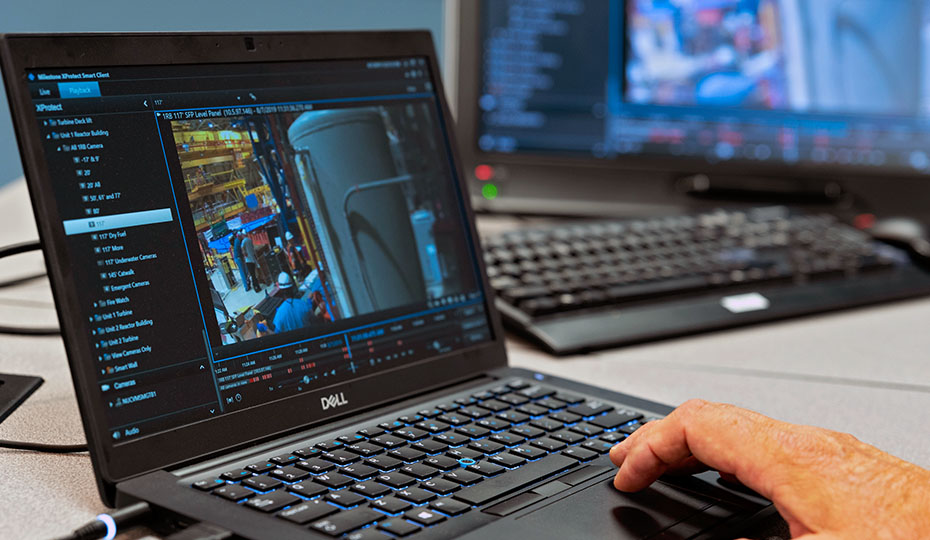 A plant can be monitored with a laptop.

Harris and Cato worked together to figure out how best to use Internet Protocol cameras to monitor radiological work from a centralized location. The result: “They all can be viewed from a computer,” Harris said. “In Charlotte, I can pull a camera up and view work activity anywhere. That’s a great savings there. Every day, right now, somebody’s looking at a camera.”

Brunswick’s use of technology for radiological and industrial safety controls has been cited during official inspections by oversight organizations, the Institute of Nuclear Power Operations and the World Association of Nuclear Operators. “The industry is benchmarking our technology department,” Bickerstaff said. “The robots have been of interest to the whole industry. We’ve kind of lead the pack on use of them.”

Harris said he doesn’t deserve all the credit. “There are a lot of people that have been involved,” he said. “Without nuclear information technology, without maintenance, without different disciplines out in the plant and different individuals who contributed, there’s no way these things could ever be accomplished.”
It's been, he said, a team effort. 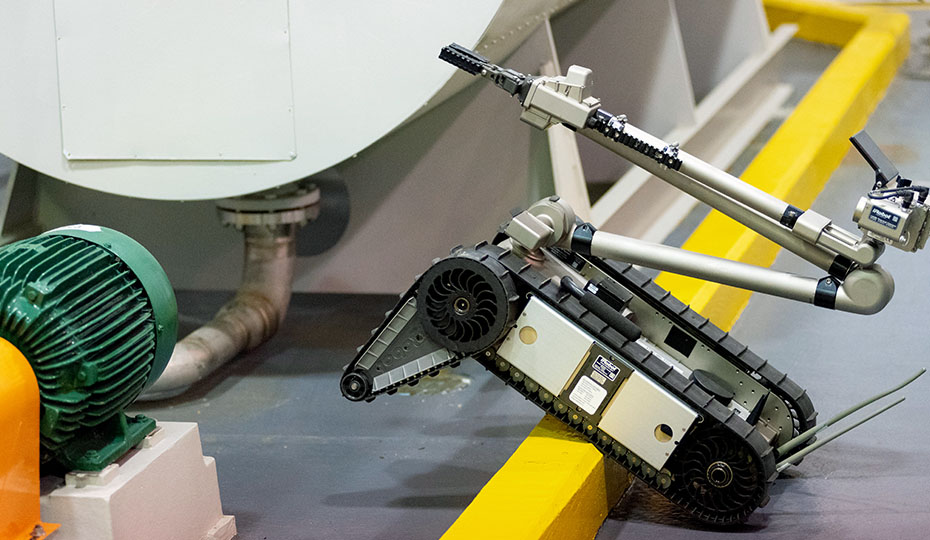 Still, when Harris eventually retires he not only will leave a remarkable legacy but take with him invaluable knowledge.

In the meantime, he said he tries to pass along that knowledge to younger colleagues. But he cautions: “You need to be self-motivated to learn this. You need to go out and put your hands on it. To me, that’s the only way to learn, to truly learn. Everything in this place takes years to understand. To figure out how to get from point A to point B, you’ve got to know the middle also. My standing rule is, ‘I’ll show you anything provided I don’t have to go back behind you and correct what you’ve done.’”

He doesn’t have time.

“In nuclear power, the reality of it is there is technology out there that’s available that we don’t realize we need,” he said. “I’m steadily looking, steadily trying to achieve the next big thing, to implement something that will stand the test of time.”

Floyd Harris is already working on his next invention.