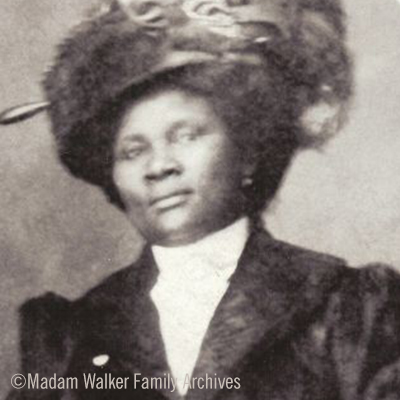 “She was a role model and a heroine to African-American women,” said Bonita Buford, chief operating officer of the Harvey B. Gantt Center for African-American Arts + Culture in Charlotte, N.C. “She was born into poverty, amassed a fortune and then became a major philanthropist.”

Hers is one of the great rags-to-riches stories of the last century. The mostly self-educated Walker was orphaned at age 7, married at 14, a mother at 17 and a widow at 20.

Her third marriage (she divorced her second husband) to Charles J. Walker resulted in a new surname and, as her husband’s suggested, a regal sounding name for her business.

Walker should be remembered for her ingenuity, said Ashley Jordan, former curator at the National Underground Railroad Freedom Center in Cincinnati. When she developed a scalp ailment that caused her to lose her hair, she discovered there were no treatments available. Home remedies were all people had.

Walker developed a treatment that worked for her – and then began to market it to African-American women. She and her husband traveled across the Southeast promoting her products and giving demonstrations.

In 1910, Walker transferred her successful business operations from Pittsburgh to Indianapolis. The Madam C.J. Walker Manufacturing Co. not only made beauty products, but trained sales beauticians. Thousands of them.

“She gave black women a trade,” said Jordan. The Walker agents and “hair culturists” were widely known for promoting Walker's ideal of “cleanliness and loveliness.” Walker organized clubs and conventions for her agents to honor their success and promote philanthropic and educational efforts. 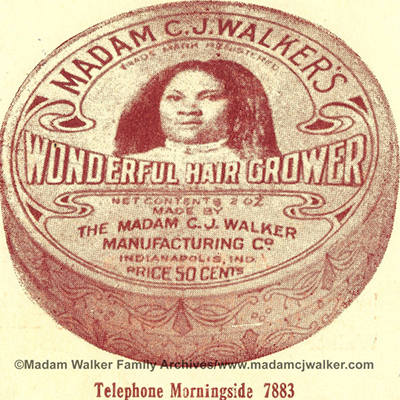 She was intent on sharing her success – and on enjoying the fruits of her labor. The Irvington-on-Hudson, N.Y. mansion she built for herself was opulent, Jordan said. “For a woman to do that in this age was unheard of.”

Walker died in 1919 at 51 at her New York estate. At the time of her death, her business was valued at more than $1 million and her personal fortune estimated at between $600,000 and $700,000. Walker left a third of her estate to her daughter, A'Lelia Walker, who became an important part of the cultural Harlem Renaissance, and the rest to charity.