Karen Martin, left, and Karen Broome remove rocks and lay down fresh soil on their shared plot at the Dilworth Community Garden in Charlotte.

Karen Broome, left, and Karen Martin remove rocks and lay down fresh soil on their shared plot at the Dilworth Community Garden.

Some plots at Dilworth Community Garden in Charlotte got off to a good start.

Duke Energy operates more than 3,200 electrical substations in six states. But only one has a community garden.

Underneath a large transmission power line at the sunny Kenilworth Substation in Charlotte, N.C., the typical warm-weather harvest may include tomatoes, peppers, squash and cucumbers. It’s a nice outlet for neighbors, whose shady yards made growing vegetables difficult.

The origin of the garden came from Julie Nofsinger, who wrote an email to the Duke Energy Real Estate mailbox three years ago. She was hoping someone would be intrigued.

Keith McGuinness, a senior land strategist for the company, was that someone.

The property was part of a real estate acquisition in 2008 that gave the company more land around the substation and transmission lines. The company had no plans for the 0.22 acres the garden group wanted to use.

“The proposal made sense. It was a piece of property that was vacant – and would continue to be vacant for years to come,” said McGuinness. “It gave us an opportunity to do something that could be a win-win for the company and the community.”

The three-year lag between Nofsinger’s email and the beginning of the garden was a matter of getting buy-in from all parties. Nofsinger credits McGuinness for keeping the ball rolling.

“Keith was like a psychologist during the process. He checked in numerous times and was always supportive of keeping the project moving forward,” she said. 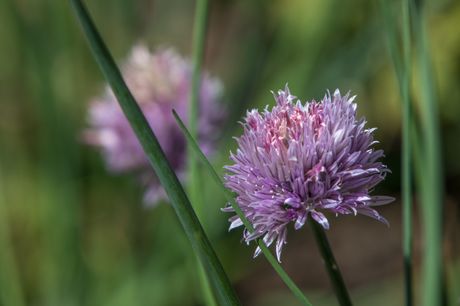 Being in a visible part of town hasn’t hurt the project either. Nofsinger remembers when someone drove by and gave her $20 to support the garden.

“There has been so much support from the community – even people who don’t own a plot,” she said. “I give a lot of credit to Duke Energy for not giving up on us.”

McGuinness says he hopes the company can work with other community groups on similar projects. That opinion is shared by Kris Vogel, senior land representative, who crafted the licensing agreement for the company.

“Every piece of property is not the same, and every project might not be the right fit for the company,” he said. “But there is no reason why we cannot do more projects like this.”

In addition to a shot of goodwill, Duke Energy also benefited when the group cleared the underbrush around the site. The clearing work reduces Duke Energy landscaping burden in the area.

Start with good soil. The Dilworth community gardeners had good topsoil, and they improved it by adding compost .

Use what you have. The mulch in the Dilworth garden came from the trees, brush and vines the group cut down.

Save what you can. The crew saved every hardwood tree but one diseased black walnut. They offered the wood to a wood turner.

You can read more about the community garden in this Charlotte Observer article.