Barbara Martinuzzi may have a captive audience, but when she speaks, they ooh and aah.

Martinuzzi leads tours of Duke Energy’s Crystal River Energy Complex in Florida for fifth-graders. On a recent tour, Megan’s eyes bugged when she heard how much coal is burned every day to keep the lights on for Florida’s 1.7 million customers – 21,000 tons.

Olivia learned how Crystal River’s power plants use coal as a heat source to boil water, ultimately producing steam that rotates a turbine, spins a generator and makes energy.

And Aiden swiveled back and forth in his chair as Martinuzzi explained how the coal arrives on barges and trains from the Illinois Basin and Colorado. Surprise appeared on many faces when Martinuzzi compared operating the barge unloader to playing a video game using dual joysticks to move a giant claw that scoops up the coal.

“You know, like playing the claw game to win a stuffed animal,” she said.

“The clawwwww,” a group of boys responded, then burst into laughter as they imitated the three-eyed aliens from the movie “Toy Story.” 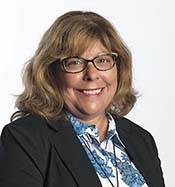 Martinuzzi is a Duke Energy executive assistant. She designed and implemented a field trip program for fifth-graders at the Crystal River Energy Complex in Citrus County. That’s on top of her normal work duties. It’s so successful, the program has expanded into a weeklong science curriculum in the classroom with the field trip to the energy complex as the highlight. More than 600 students participated last year, the program’s first. About 1,300 Citrus County fifth-graders and 120 educators will participate in 56 field trips to the complex this school year in support of science, technology, engineering and math (STEM) curriculum.

On the recent tour, hands waived gleefully when Martinuzzi asked: “What does a billion dollars look like?”

“I’m going to show you,” she said, referring to a 601-foot monolith, equipment that scrubs pollutants from the coal-burning process and makes two of Crystal River’s units among the cleanest in the United States.

“It is awesome,” Martinuzzi said. “You can literally see the lightbulbs go off in the kids’ heads. When they start looking at some of the towers and stacks, there are a lot of ‘oohs’ and ‘aahs.’ They say, ‘This is better than Universal or Disney World.’” 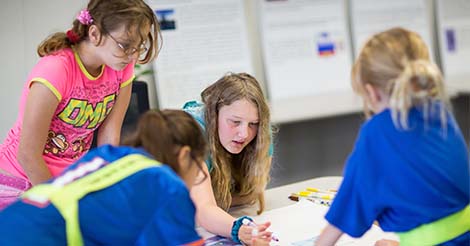 “Most of us are kinesthetic learners,” said Ann Martin, a fifth-grade teacher at Rock Crusher Elementary School in Homosassa. “When you can see it, touch it, experience it, you can connect with it and retain it.”

For this fifth-grade field trip program, Martinuzzi won the James B. Duke Award – Duke Energy’s highest honor that recognizes employees who use their passion to benefit the lives of customers and enhance the vitality of local communities.

“It’s exciting,” Martinuzzi said, “to think that 20 years from now I might run into someone who says, ‘I became an engineer because I went on the fifth-grade field trip to the Crystal River Energy Complex, and now I work for Duke Energy.’”