Will MacDonald took an unexpected turn while studying at night to become a police officer.

To make ends meet, he found a day job as a meter reader and soon landed a position as an apprentice lineman.

Now here he was getting paid to climb 75 feet up a utility pole, breathing in the sweet salt air, the sun warming his face, his adrenaline pumping.

He changed his career plans and since 2009 has worked as a lineman for Duke Energy near Tampa, first in Clearwater and now out of the Seven Springs Operations Center near his home in New Port Richey.

“I was always an adrenaline junkie ­– the height thing I loved from day one,” MacDonald said. “And being outside, talking to customers, it was great. Plus the pride that comes with being a lineman. Everybody loves the lineman.” 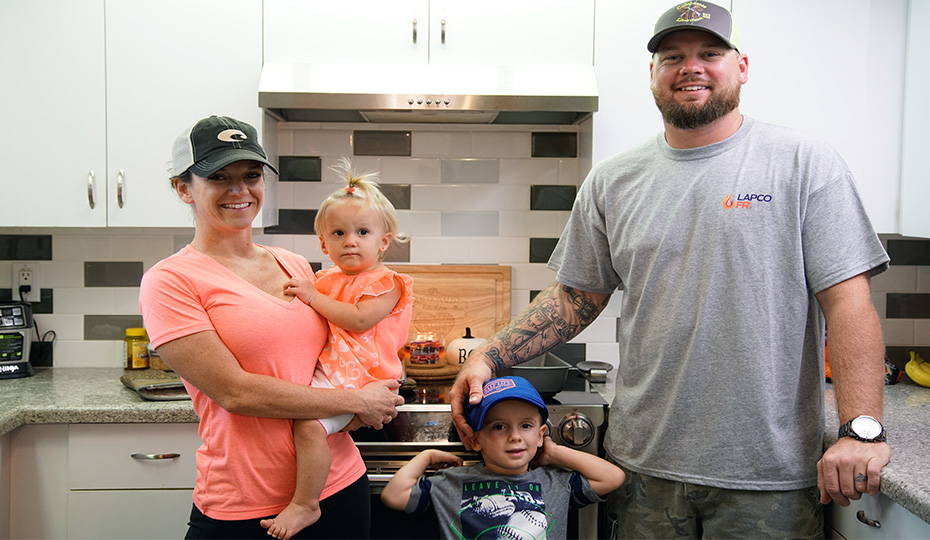 Will MacDonald and family: from left, Kristyna, Haylee and Jameson.

If you live in Florida, you may have seen his face in a recent TV commercial. That’s MacDonald, 33, turning on the light in his daughter’s room and lifting 1-year-old Haylee from her crib. That’s his wife, Kristyna, placing a bright yellow hard hat on 3-year-old Jameson’s head. And there’s MacDonald again, working in one of his favorite spots – high up on a bucket truck.

After the ad began airing, one customer confided: “You know, you look a lot like that guy on TV.”

Co-workers have ribbed him mercilessly, he said, nicknaming him “Hollywood.” But MacDonald has taken it all in stride. They’re like brothers, he said, and, like brothers, they engage in a lot of good-natured ribbing.

“There’s nobody here that I wouldn’t take a bullet for,” he said. “To show you how close I am to most of these guys, I had a wedding party of about 10 – five women and five guys – and four of the five guys were guys I met working here. They’re my best friends.

“I’ve spent more time with these guys than I do my own family. Any afternoon at 5 o'clock, you have a thunderstorm, and before you know it you’re working all night long.”

Lightning and squirrels, he said, are the main culprits that damage power lines in Florida. And, of course, the occasional hurricane that not only damages lines, but uproots lives – including the lives of the linemen. 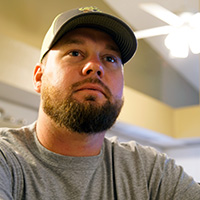 “When it’s a hurricane,” he said, “it’s a little chaotic in the beginning because you’re trying to figure out how to get power at your house while being at work 16 hours a day.”

As much as MacDonald thrives on the challenges inherent in the job, he said he’s also passionate about safety. “You’re working with electricity and everybody knows electricity has its own mind. Safety is No. 1 for me as an employee as it is for our company.”

His former supervisor, Jimmy Mumma, said that when the company was looking for someone to appear in the commercial, he thought of MacDonald for several reasons: his work ethic, his respect for his peers and his success at lineman rodeos, both in Florida and at the International Lineman’s Rodeo in Kansas.

“You can tell how proud he is of his trade,” Mumma said. “His commitment to the customer during hurricanes and his passion for his job is amazing.”

My husband, the lineman