As much as times have changed, Lynn Wilson’s job hasn’t.

In 1958, when Wilson started work as a natural gas technician, Dwight Eisenhower was president, the United States launched its first satellite and the company had only a few trucks.

For 60 years, he has worked as a technician in Western North Carolina, turning natural gas on and off, responding to emergencies, repairing leaks and preaching safety. Though the name of his employer changed over the years – from Carolina Natural Gas to Piedmont Natural Gas to Duke Energy – Wilson remained. 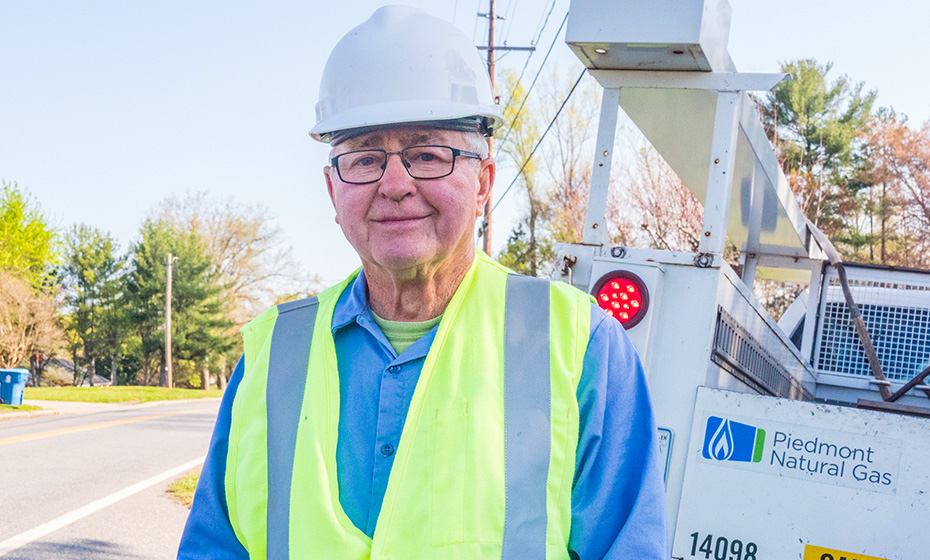 “I didn’t mean to stay that long,” said Wilson, who works in the Hickory-Morganton-Lenoir area. “But I decided there was no better place to work. You meet some of the best customers out there. It’s been an interesting job. You see something different everywhere you go, different situations and different people.”

Lori Benfield, general manager of Natural Gas Field Customer Service, said customers regularly praise Wilson for his knowledge and efficiency. “He’s been a very positive force and someone that you certainly feel like is a reliable, dedicated employee. That’s just a comfort to internal management, as well as knowing he’s out there serving our customers.”

At 78, Wilson still puts in long days – and sometimes nights. When he’s on call, he may go out at midnight and again at 3 a.m. It doesn’t seem to tire him. “He’s sort of like the Energizer Bunny,” said his wife, Landa. “He just keeps going.”

Lynn and Landa Wilson met while cruising at a drive-in restaurant in Hickory and have been married 51 years. She worked 35 years as a child nutrition manager in the public schools. They have two sons, Doug and Donnie, and two grandchildren, Hayden, 19, and Lillie Margaret, 9. Doug Wilson also works for Piedmont Natural Gas, as unregulated services program manager in Burlington, N.C. In terms of longevity, he’s following in his father’s footsteps, having been with the company for more than 28 years.

Lynn Wilson started his job after graduating from Hildebran High School. He was 18.

“Back then, you knew just about everybody’s name, and you knew where they lived,” he said. “Back then, we ran steel pipe underneath the house. We were doing everything. It was a lot harder. Now, it’s more sophisticated and more technical. Everything's computerized, and we’ve got better equipment to do the job safely.”

Over the years, he mentored new technicians, encouraging them to be punctual and to work hard. “I tell them to try to do everything efficiently so you can do a good day’s work.”

His philosophy is straightforward: “I want it to be perfect. I want it to be well-done. I don’t do shabby work. I don’t do something just to get by. I tell them to treat customers like you want to be treated. Be courteous, respect their property and make sure you leave the place like you find it – or better really.”

He said he also shows customers how to “respect the gas.”

“He’s great with customers,” said his supervisor, Barry Stevenson. “And he definitely knows what he’s doing.”

This year, Wilson has talked about retiring. It’s not the first time, and Landa Wilson quipped, “I wouldn’t swear to it.” 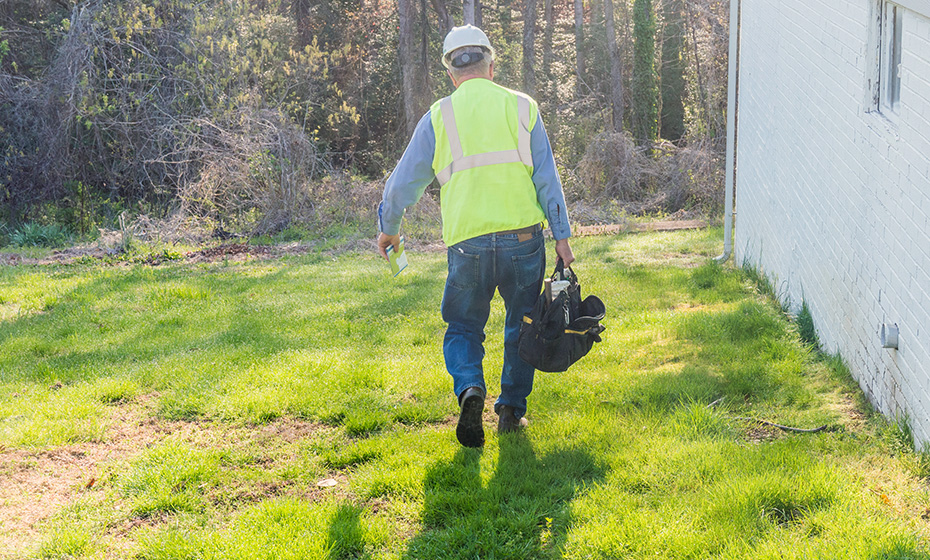 He said he wants to travel some and volunteer with his church, Valdese First Baptist, and perhaps the American Red Cross. “I’ll be 79 years old in September,” he said. “Many people don’t live that long. It might be a good time to go ahead and do something different.”

Asked what he would miss the most about the job, Wilson said: “I’ll miss the customers.”