How do you make a day at the zoo more fun? Add 4 million LEDs and come back at night.

Visitors can experience the Cincinnati Zoo & Botanical Garden PNC Festival of Lights, which turns the zoo into a wild wonderland of light until Jan. 9. 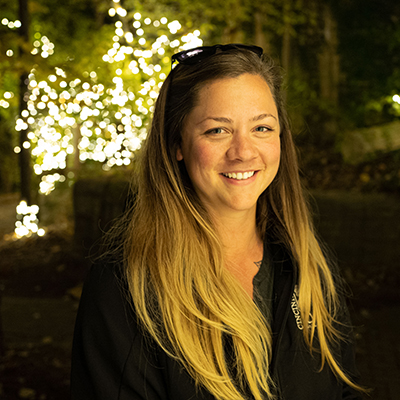 Kim Denzler, the zoo's special events manager, leads the PNC Festival of Lights, their biggest event of the year.

Several animal exhibits including manatees, lemurs, and apes are open during the nighttime event with a train ride to the North Pole to meet Santa and Mrs. Claus. Walking between exhibits, nearly every tree is swirled with strands of LED lights, and nearly 30 illuminated animal-shaped lanterns dot the path.

Kim Denzler, the zoo’s special events manager, and her team start installing the millions of bulbs in August to be ready in mid-November. This is the event’s 39th year.

“It takes up the whole zoo,” Denzler said, “and we cover every inch of space with lights.”

Here’s a look at how they light up the holidays. 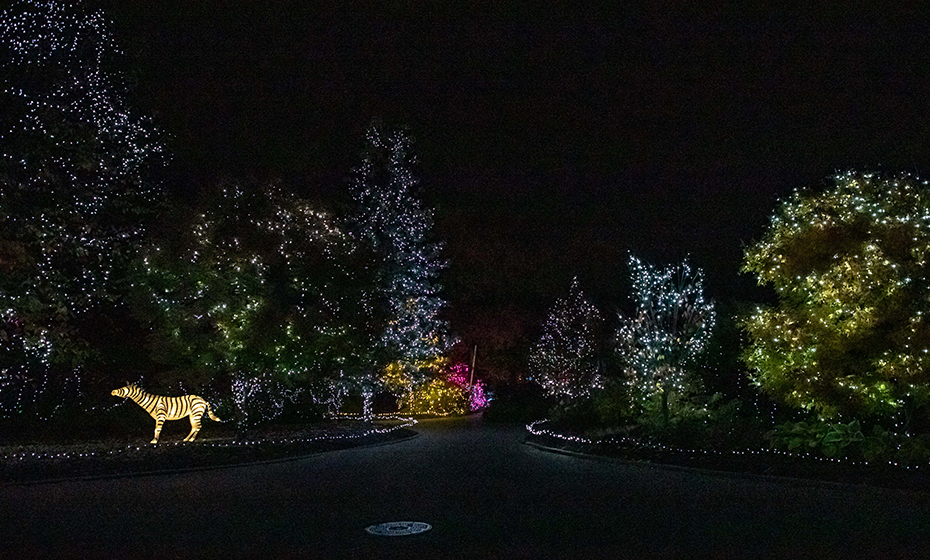 Their team works with the zoo’s Animal Excellence and Safety team to design displays that won’t affect the animals’ routine. Different animals can see varying amounts of color and light, so Denzler said they locate lights based on what colors the nearest animals can see, and they don’t place lights in trees that animals can reach.

“That's always forefront in our mind,” Denzler said, “the music, the lights, and making sure it doesn't disrupt their daily habits.” 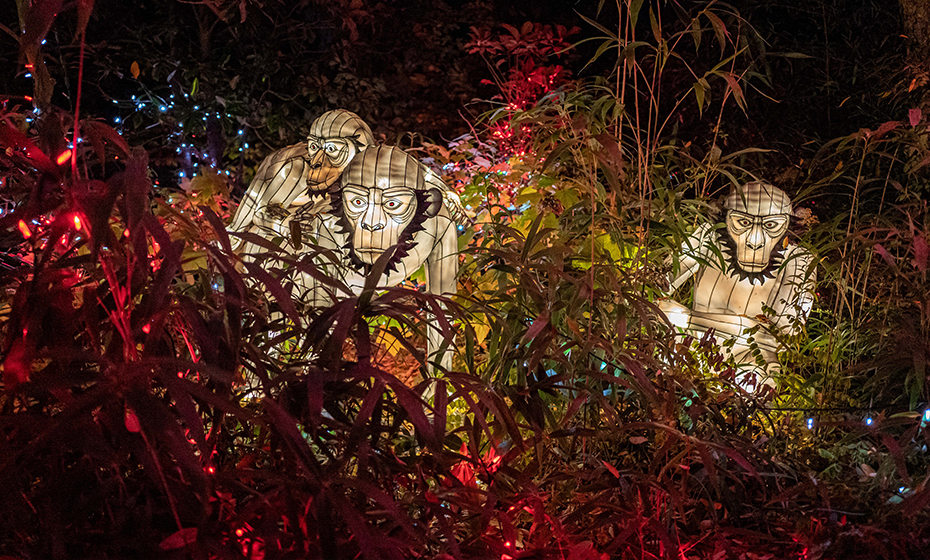 About nine years ago, the zoo switched the lights to LEDs and saves about $50,000 each year on electricity. The lights also give off less heat and provide more options for colors and programming to music.

The zoo, which has been named the Greenest Zoo in America, has a goal to reach net-zero energy, water, and waste by 2025. On sunny days, solar panels over the parking lot already generate enough electricity to power the zoo.

“We’re here for the animals, conservation and sustainability,” Denzler said. “So if there's somewhere we can help make everything a little bit better, then we're always looking for that.” 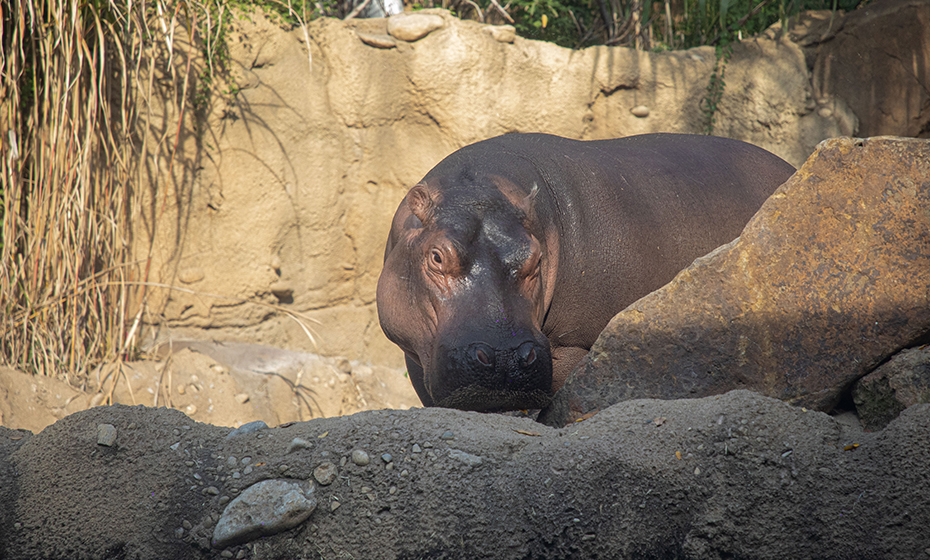 Many of the exhibits are themed based on the animals – including Fiona, the zoo’s most famous resident. Fiona was born 6 weeks premature in 2017 at 22 pounds and is the smallest hippo to ever survive. She became a social media star with fans around the world.

“Fiona is the zoo’s sweetheart,” Denzler said, “When she was born, we decided to light her area and decorated Fiona’s Fairyland.”

The team made five Fiona fairy statues, and though they’re bright and sparkly, the team tries to hide them for visitors to find. (A hint from Denzler: make sure to look high and low.) 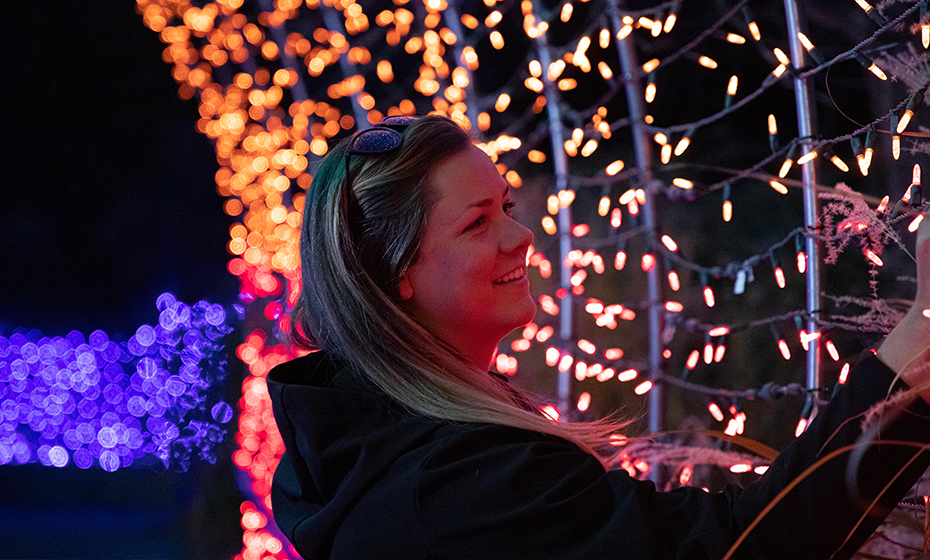 PNC Festival of Lights is the zoo’s biggest event, and it’s Denzler’s favorite. People from every zoo department help set up.

The newest – and Denzler’s current favorite – is the Under the Sea display where visitors can walk under a wave of multicolored jellyfish. A long-time visitor favorite, she said, is the rainbow tunnel. The tunnel is covered in 8,000 strands of lights from red to purple and is the festival’s best photo op. The zoo is also known for its light show on the lake where RGB lights are attached to floating spheres and set to music. It’s special, too, because the equipment was built by carpenters and welders who work at the zoo.

“It's not just me doing the lights,” Denzler said. “It's everybody here contributing to make this successful.” 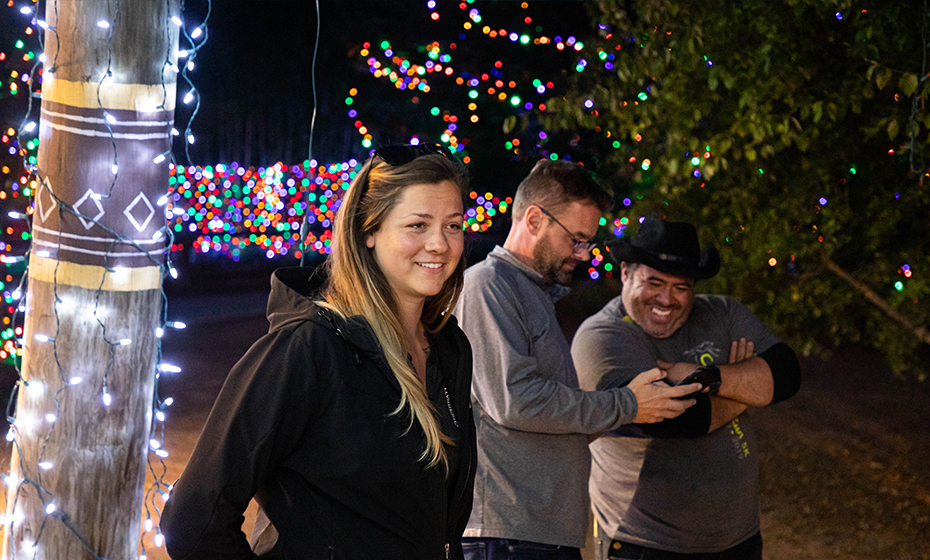 Leading up to opening night, the team stayed late checking and adjusting each strand. The whole team, Denzler said, looks forward to opening night when they light the Christmas tree and see everyone’s reactions.

“I think this event means more to the city than it does just to the zoo because people have been coming here for generations,” she said. “I think we all realize that this event might be a little bit bigger than just us.”

PNC Festival of Lights by the numbers 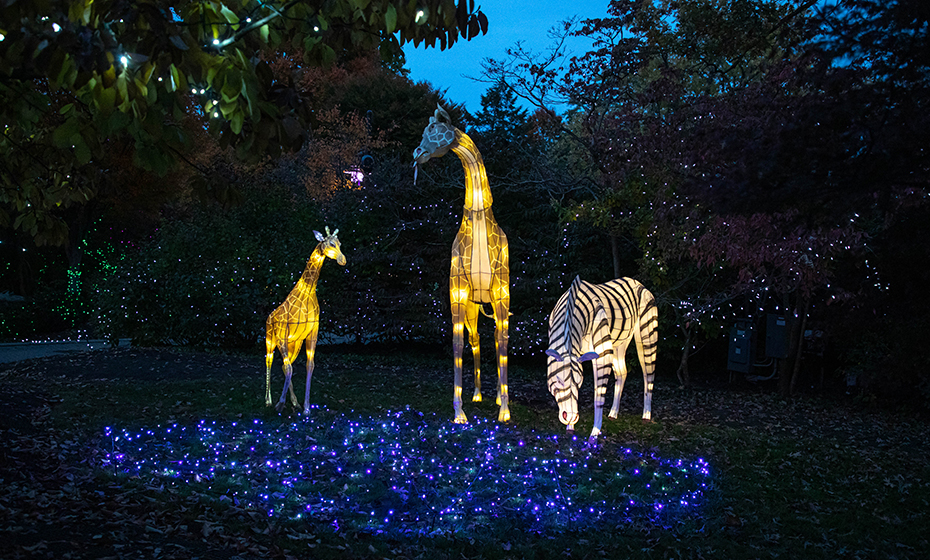 The zoo and botanical gardens cover 80 acres near downtown Cincinnati.

More than 400 animals live at the zoo.

About 75 illuminated displays depict creatures from reindeer to elves.

The team places 27 animal-shaped lanterns and scenes including zebras at a blue-LED watering hole.

The lights would stretch 284 miles from Cincinnati to Chattanooga – the rainbow tunnel lights alone reach 1.5 miles.

Visit the zoo's website to learn more and buy tickets.