Consider these six lightbulbs: Each one dwarfs an NBA center, they should last 20 to 30 years and nearly 7,000 people per day spend a few seconds enjoying their glow in Cincinnati.

You’ll find them in a mural titled “Shine” on Duke Energy’s Charles Street substation. That low-slung brick building faces Central Parkway, a road called “Avenue of the Arts” in downtown Cincinnati. The substation sat for five decades without attracting much comment. Then someone from the visual arts group ArtWorks dropped a hint in a high-ranking ear: “If you want to liven up those empty niches on the side of the building, we know how.”

The result? Six panels depicting vintage lightbulbs, from Victorian-era to Edison-style. They went up in autumn 2015 on a road traveled by an estimated 2.5 million vehicles each year, making “Shine” one of the most visible artworks in this mural-mad city of 300,000 people.

Colleen Houston, vice president of programs and operations for ArtWorks, said the craze for wall paintings began 10 years ago. Then-Mayor Mark Mallory returned from a trip to Philadelphia and decided to emulate the bigger city. He enlisted ArtWorks, which was founded in 1996 to give summer and after-school jobs to young people, train creative entrepreneurs and find work for regional artists.

Lee Barrett, Duke Energy vice president for government and community affairs in Ohio, traces the idea to an ArtsWave event. ArtsWave  raises money for more than 100 organizations with an annual fund drive and sends artists into corporate offices to show where the money goes. ArtWorks visited Duke Energy in 2015 and, said Barrett, “told us they’d been eyeing our building for some time.” 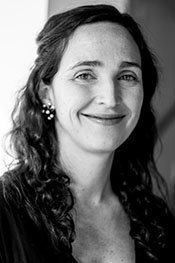 But a mural suited Cincinnati better. In the last decade, more than 130 have brightened the cityscape and nearby communities. ArtWorks creates them in partnerships with neighborhood groups, companies or institutions, always trying to reflect elements of local history.

They can be realistic, like ones devoted to heavyweight boxing champ Ezzard Charles or soul singer James Brown. They can be expressionistic, like the explosion of color welcoming you to Walnut Hills, or whimsical, like the depiction of George Washington in one of Martha’s gowns. (“Campy Washington” surrounds him with flying pigs in the Camp Washington neighborhood.) The head of astronaut Neil Armstrong, a native of Wapakoneta, Ohio, floats above a rainbow of color by Brazilian street artist Eduardo Kobra, who completed the piece after wrapping up a massive mural for the 2016 Olympics in Rio de Janeiro.

“Visitors and new residents who move here often tell us the murals were influential,” said Houston. “They have become an attractor for tourism and make a strong statement of the vibrancy of the arts in our city.” 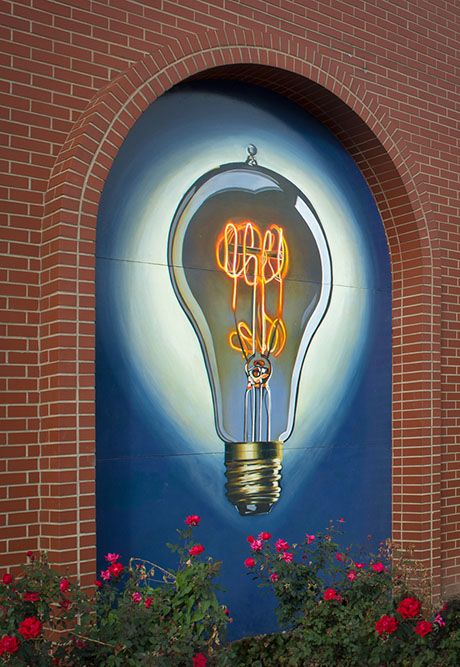 Duke Energy wanted something more realistic for “Shine.” Overnight scaffolding would have created security problems, so Duke decided not to paint a wall; instead, it approved the lightbulbs, which reflected company history. Artist Tim Parsley supervised eight young painters who worked for two months on “Shine.”

They toiled in a studio four hours a day, applying Nova Color paints – which have a clear, nonwhite base that makes colors pop – to aluminum panels. A clear coat on top ensured the paint should hold up at least 20 years. “All our murals are 10 years old or less,” Houston said, “so we are optimistic for them to have a long life span.”

Duke enhanced the art by planting shrubs underneath, choosing varieties that won’t grow to obscure it. The company also decided to light the panels: “Night’s the best time to see them,” Barrett said. Though he worried about graffiti, they’ve been admired without interference.

“ArtWorks told us taggers and graffiti artists are attracted to blank walls but leave murals alone,” he said. “When they see art on a wall, they respect it.”