Buck Steam Station in Rowan County, N.C., began operating in 1926 and was replaced by a combined cycle plant in 2011.

Here’s a look inside Duke Energy’s Buck Combined Cycle power plant, along the banks of the Yadkin River in Rowan County, N.C. Duke has been generating electricity there since the mid-1920s, first with coal and now with natural gas. The natural gas plant opened in 2011 and provides a cleaner source of energy and drastically reduces emissions, including 92 percent less nitrogen oxides and nearly 100 percent less sulfur dioxide.

How does combined cycle work? Natural gas is burned to heat compressed air, turning a turbine to generate electricity. That’s a simple-cycle plant. At a combined cycle operation, for increased efficiency, the exhaust gases then heat water to produce steam, which generates electricity in another turbine. 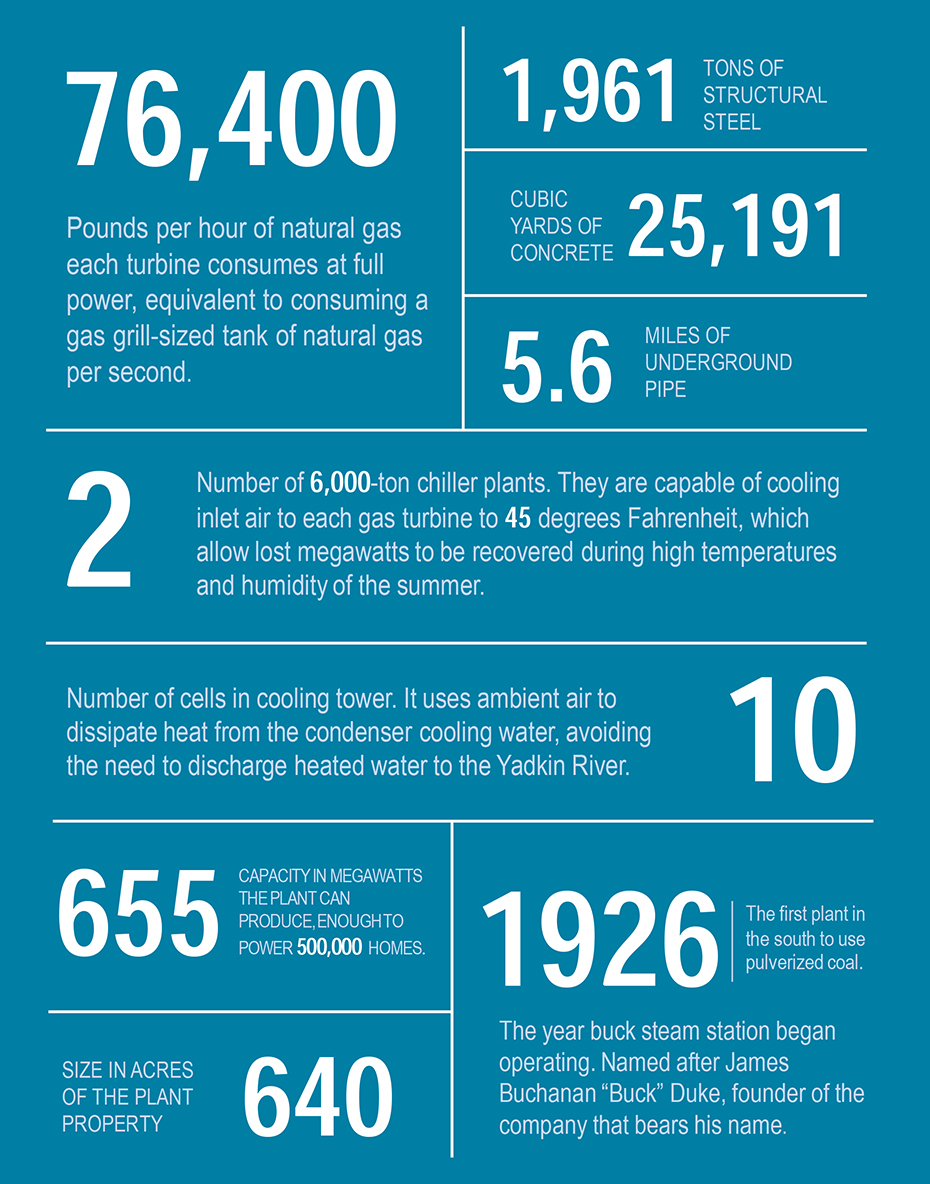