Duke Energy meteorologists predict we’ll see less tropical activity this year than we did in 2016, when major storms battered Florida and caused massive flooding in South Carolina and North Carolina.

Duke predicts 13 named storms this year, down from 15 last year and slightly below average. They predict five hurricanes − two major − during the season, which runs from June 1 through Nov. 30.

They’re anticipating an El Niño pattern will return to the equatorial Pacific this summer, ousting its sibling, La Niña, which brought cooler ocean temperatures and, as a result, higher-than-average storm activity in 2016.

What they don’t know at this point is how dramatically El Niño will return. El Niño’s strong upper-level winds provide a wind shear that normally lowers storm activity. The meteorologists also try to anticipate dust that can move across the Atlantic from the Sahara Desert in Africa. Significant amounts of dust will offer an extra cover that could help stifle major tropical storm activity.

Nor do they know if this will be the year a major hurricane will break a 12-year streak and become the first since the violent Category 5 Wilma to make landfall in the U.S.

A hurricane carries winds of 74 mph or higher. It becomes a major Category 3, 4 or 5 hurricane when it produces sustained winds of 111 mph or more. 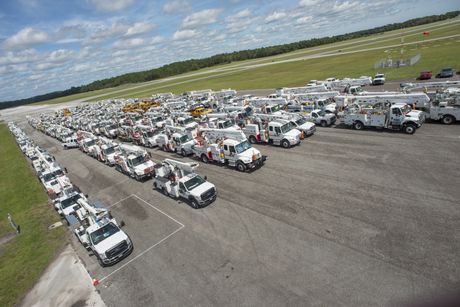 Last season, two high-impact storms, hurricanes Matthew and Hermine, caused widespread damage in Duke Energy customer service territories. Hermine was a Category 1 storm when it landed in the Florida Panhandle in September, damaging the Apalachee Bay and nearby areas before crossing over the Carolinas as a tropical storm that caused flooding and major power outages.

Matthew, the season’s most powerful, landed in Haiti in October as a Category 4 storm that left hundreds − in some estimates closer to 1,000 − dead. More than 1 million were left without power in Florida. It transitioned into a Category 2 storm when it hit the South Carolina coast in October, dumping up to 20 inches of rain in some areas. Matthew produced record flooding levels in the Carolinas, washed roads away, destroyed homes and resulted in dozens of deaths. Power was knocked out to more than 1.5 million customers in the Carolinas. Some communities are still rebuilding.

Duke meteorologists make their annual predictions to get an early read on where the company will likely have to deploy the most resources for recovery efforts. As the season evolves, they’re better able to see which areas will have the heaviest activity. 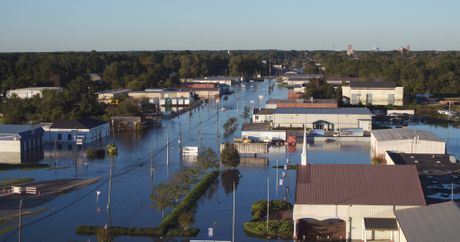 Predicting damage can be tricky as it’s subject to the twists and turns of the storms. Matthew, which dumped so much rain so quickly over an area already oversaturated, is an example of how dramatically conditions can change, Thompson said.

“I felt like we had a good forecast last year for Matthew, but it’s hard to plan for that amount of rainfall,” Thompson said. “We had 1.8 million customers off-line and restoration was delayed because of the flooding.”

And while this season’s predictions are slightly lower than average, Thompson, one of Duke’s six meteorologists, says no one should ever become complacent.

“Any given storm could become an Andrew or Katrina (hurricanes that caused widespread devastation in the U.S.), so everybody needs to be prepared,” Thompson said. “It’s always important to pay attention to the forecast.”

Prepare emergency kits. Check your supplies and be sure to have the following items in an easy-to-find location: flashlights with extra batteries; portable radio with fresh batteries; first-aid kit; canned or packaged food that can be prepared without cooking or refrigeration; several days' supply of drinking water; portable and fully charged cellphone charger; prescription medicine.

Determine alternative plans. Families who have special medical needs or elderly members should monitor weather forecasts and make arrangements in the event of an extended outage.

More storm tips: Before, during and after a storm.

10 things to do to prepare for a storm