When Scott Beard and his wife, Cate, heard they would be fostering three children instead of the two they had planned for, they wondered if their home would be big enough.

The Beards had always wanted a family but hadn't been able to have children. They had lots of love to give. 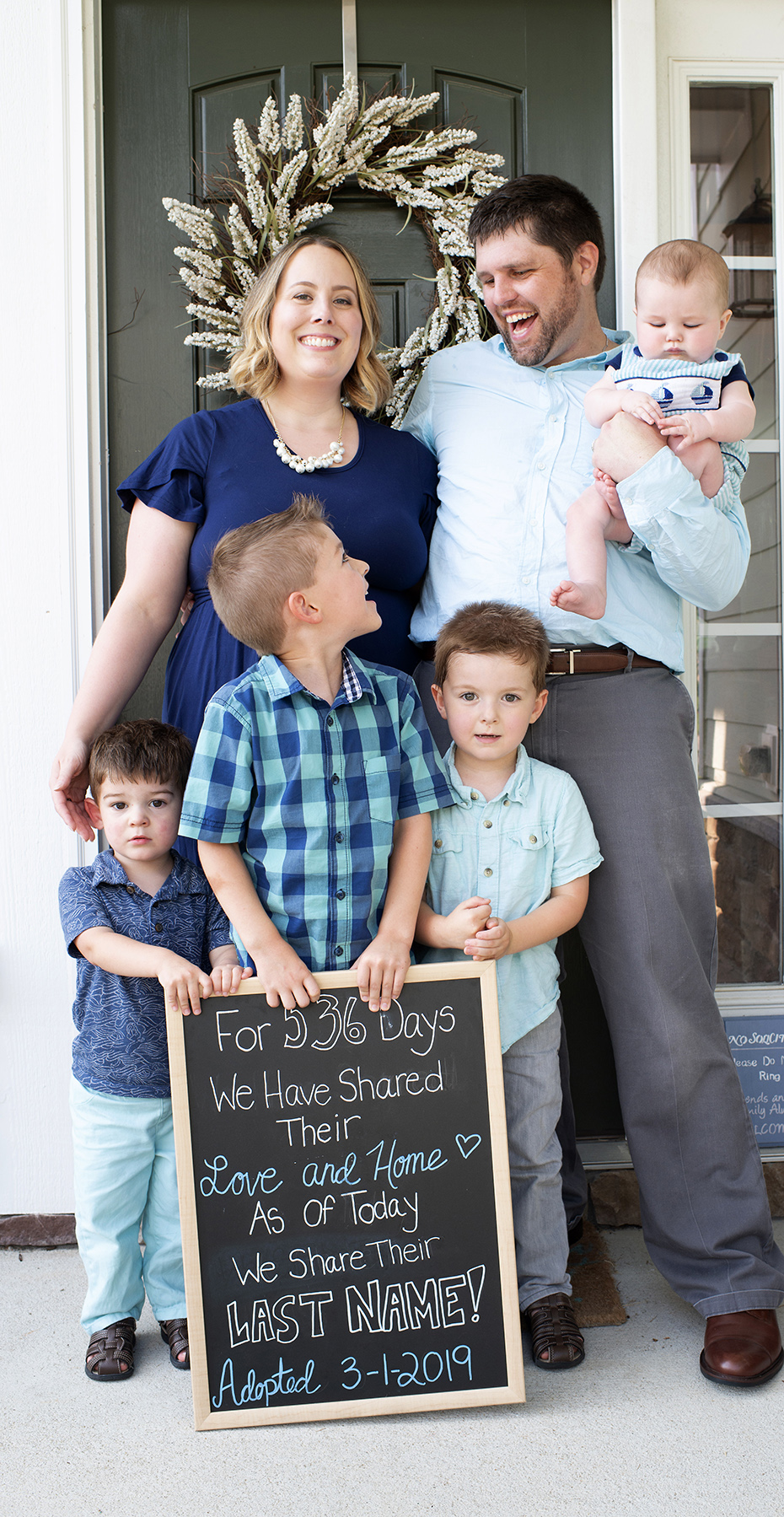 Scott and Cate Beard with their four boys, from left, Grayson, Brycen, Ashton and Milo

So in September 2017, the couple from Clayton, N.C., agreed to take brothers from an at-risk family from nearby Franklin County. They had considered taking two children, but they received a call saying there would be three brothers coming. Scott Beard said there was no hesitation, even though they had bedrooms set up for two and had three hours to prepare for their arrival.

From the moment Brycen, then 4, Ashton, 2, and Grayson, 14 months, walked through the Beards’ door and into their hearts, Scott and Cate knew they wanted the fostering process to lead to adoption.

“Once we started bonding with the boys, we fell in love,” said Scott Beard, a senior engineer working in Substation Engineering for Duke Energy in Raleigh. Sixteen months after they arrived, the boys officially became part of the Beard family on March 1, 2019.

“They had come so far since living with us, and it became clear to us that we all just fit together,” Beard said.

He found that his Duke Energy benefits helped with the fostering and adoption process.​​​​​​​​​​​ Parental leave, for example, provided six weeks of paid leave when they began fostering. “Parental leave,” he said, “was tremendous for bonding with the boys, and it allowed us to set up appointments and therapies."

Beard also praised the Employee Assistance Program (EAP), which provided information and Life Event Kits (items for specific life events such as new parenting, relationships and eldercare). “EAP assigned a worker to do research to find articles, websites, and programs in our area that could help us,” he said.

“Families are formed in lots of ways, and we want to provide programs to support our employees and their families through these important life events,” said Renee Metzler, managing director of Retirement and Health & Welfare. The company helps families, she said, with fertility solutions, maternity support, neonatal resources and covering foster children on our medical and dental plans. 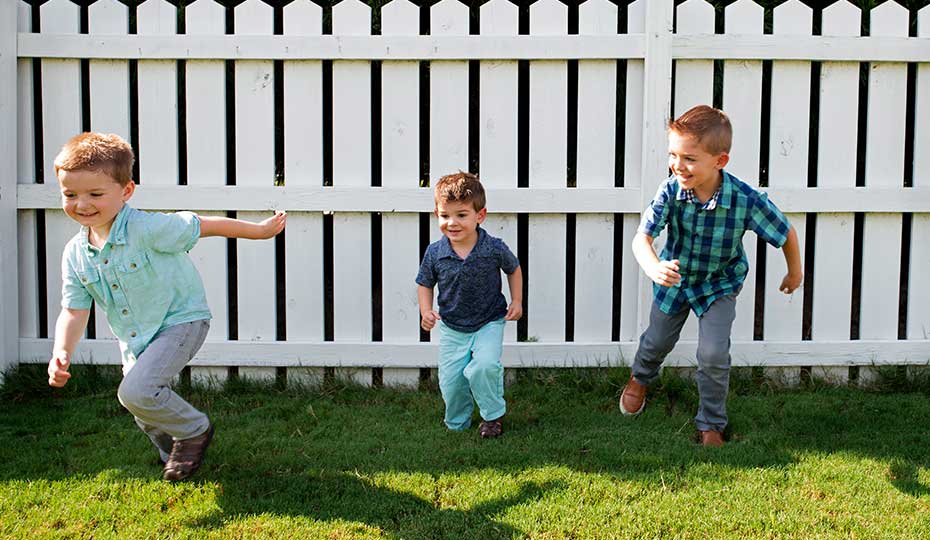 Ashton, Grayson and Brycen in their backyard in Clayton, N.C.

The experience, along with the support offered by Duke Energy, has inspired the Beards to give back. They are starting a Foster/Adoption Support Group in early September near their home at The Church @ Clayton Crossing.

The Beards also want to help other foster children and their new families get necessities and are putting together a foster closet with their church and the Johnston County Department of Social Services.

Since they began fostering, the family had another addition. Cate gave birth to Milo right before the adoption of the three boys was finalized. So, a full house became even fuller, which is just the way Scott and Cate want it.

“We now have four wild, silly, sweet, handsome boys,” Beard said. “I don’t know that we would do anything differently. It just feels as though this was supposed to be our family.”