Jerry Wright thinks of his super-size, multicultural clan as just an ordinary family. So does his wife, Catherine.

Except that through their 40 years of marriage they have created a family of 18 children, from age 11 to the late 30s.

“When we go out to dinner, it looks like we might be a traveling circus,” Catherine said. “People ask, ‘Are you a school? Is this a field trip?’ People are curious, but they’re also positive and kind.” 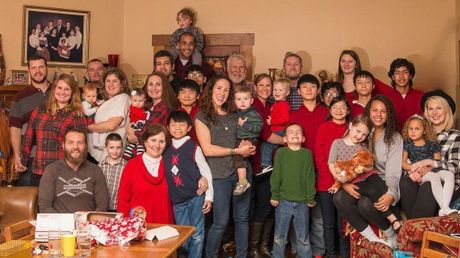 A packed house for the Wright family 2015 Christmas gathering.

On this Father’s Day, take a glimpse into the life of an extraordinary dad, Jerry Wright, a distribution planning engineer for Duke Energy’s Nantahala area in western North Carolina.

How does such a large family stay connected? Having their big meal at lunch is one way. Jerry comes home from work every day to have a family lunch. Since the children are home-schooled, they’re already there.

Everyone is so scattered in the evening – with practices, rehearsals, homework and fighting fires (literally) – that having dinner together every night is impossible.

“Everyone” refers to Jerry, who works about 25 hours a month as a volunteer firefighter, Catherine and the 10 kids still living with them. That includes three 17-year-olds, a 16-year-old, three 15-year-olds, a 13-year-old, an 11-year-old and a 24-year-old who’s living at home while she’s in college. 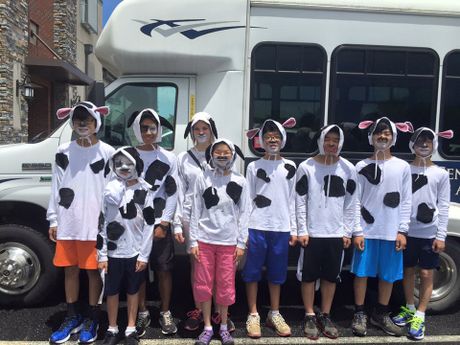 “From the time I was little and read ‘The Family Nobody Wanted,’ I’ve always wanted a big family,” Catherine said. “To meet someone who had the same heart is a very special thing. We had the same calling.”

By 1987, 11 years into their marriage, Jerry and Catherine had four biological (the oldest is now 38) and four adopted children; all were 9 years old or younger. Jerry came home from work one day in 1991 to find what he calls “a list of demands” from his wife and kids.

The list included everything they wanted in a new baby. Since they had five boys and three girls, Catherine wanted another girl. One child wanted a sibling “who cries a lot.” At the top of the list was “chocolate-colored skin.” (Their youngest at the time was bi-racial, and he wanted a sibling who looked like him. He got that – and then some. Seven of the Wright kids are from China.)

Catherine’s biggest joy is “to see the children learn to love each other,” she said. 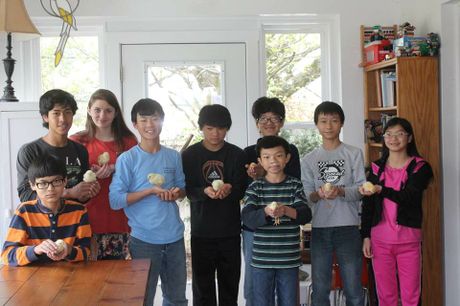 Some may have left tough situations, but with the Wrights, they learn how to give and receive love. “They have tender hearts toward each other. They’re not demanding. They’re grateful in ways lots of teenagers aren’t.”

“We make no distinction between our biological and adopted kids,” Jerry said. “We’ve been very purposeful about that. Once we were at a wedding, and a photographer said she wanted to get a picture with just my wife and me and ‘our’ kids. Catherine was upset. ‘They’re all our kids,’ she said.”

Education is important to the Wrights. Oldest daughter Camila Zolfaghari is a graduate of the University of North Carolina’s law school and is a prosecutor in the human trafficking department for the Georgia Attorney General’s office.

“There was never any question about if I would go to college,” she said. “That was a given. But none of us were pushed into one field or another. We’re all encouraged to think broadly.” 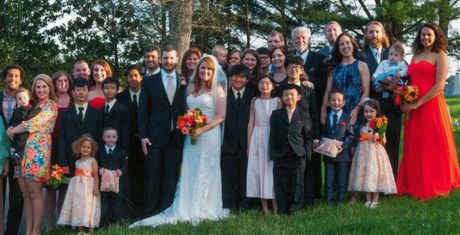 Catherine home-schools all their kids. Camila said her mother is very smart … but so is her dad, who was the one to help with math homework.

But there’s more to be learned in a family of 18 kids than math, English and history. Camila said growing up with all those siblings taught her compromise – and to speak up: “You have to have a big voice when you’re in a big family.” 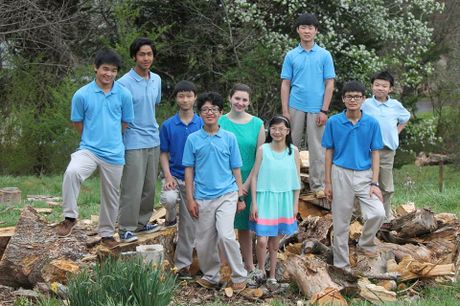 Some of the children pose for a family photo last April.

Although Jerry loves sports, the kids are encouraged to pursue their own interests and hobbies. Many of the kids play sports, but their dad doesn’t push them into it. The family also enjoys being involved in the arts community. When “The Little Mermaid” opens in July at the Smoky Mountain Center for the Performing Arts in Franklin, it will feature 11 Wrights: eight children, two daughters-in-law and Jerry.

Catherine has a few websites she visits to see how many children – especially in China – are in need of homes. “As long as we have an internet connection,” Jerry said, “there’s a chance our family could still grow.”

Life with the Wrights

Make work fun. The Wright kids love to pitch in around the house and in the yard. Jerry and Catherine teach them responsibility from a young age.

Stick together. “We don't allow the kids to pick on each other," Jerry said. "The boys know that if they ever see someone picking on one of the sisters, they need to intervene."

Expose your kids to a lot. Then let them follow their bliss. Jerry loves sports and has introduced his kids to soccer and other team sports. Catherine loves sewing costumes for the local theater. All the Wright children have been introduced to athletics and the arts.

Learn more: Read about Jerry and Catherine Wright's parenting adventures in 2008  and 2014.