Duke Energy maintains more than 150,000 miles of overhead power lines, and some of them are not easy to get to. In eastern North and South Carolina, one Duke Energy crew uses custom vehicles that can float across rivers, swamps, and flooded areas to access power poles.

The company purchased a floating bucket and digger, which helps remove wooden poles and set steel poles, to strengthen high-voltage transmission lines in hard-to-reach areas. The vehicles, which move on tracks and are set on top of pontoons, weigh more than 50,000 pounds and are more than three times as long as a standard pickup truck. 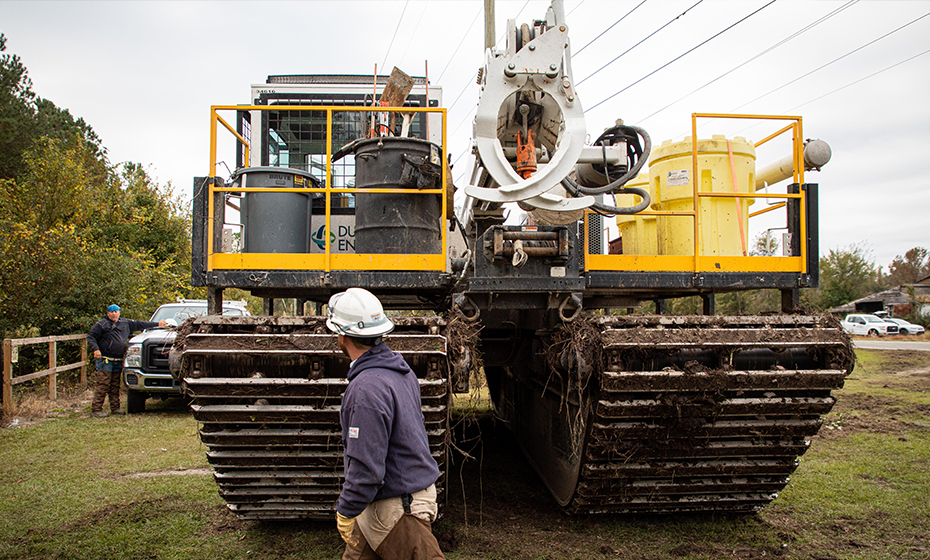 Supervisor Dan King put together the crew from different departments and trained them from January to April 2021. Since then, they have upgraded more than 70 wooden poles to stronger steel poles, making them more resistant to high winds and severe weather. King said the vehicles will help his team restore power more quickly after hurricanes or floods, too, since they will be nearby rather than waiting for the vehicles from another state or contractor.

Since 2016, Duke Energy customers in the Carolinas and Florida have experienced five major hurricanes and three historic floods. As storms are expected to be more frequent and severe, Duke Energy is focused on a multi-year strategy to strengthen the grid by upgrading poles and power lines, installing barriers around substations in flood-prone areas of the Carolinas and installing self-healing technology to avoid and shorten outages. 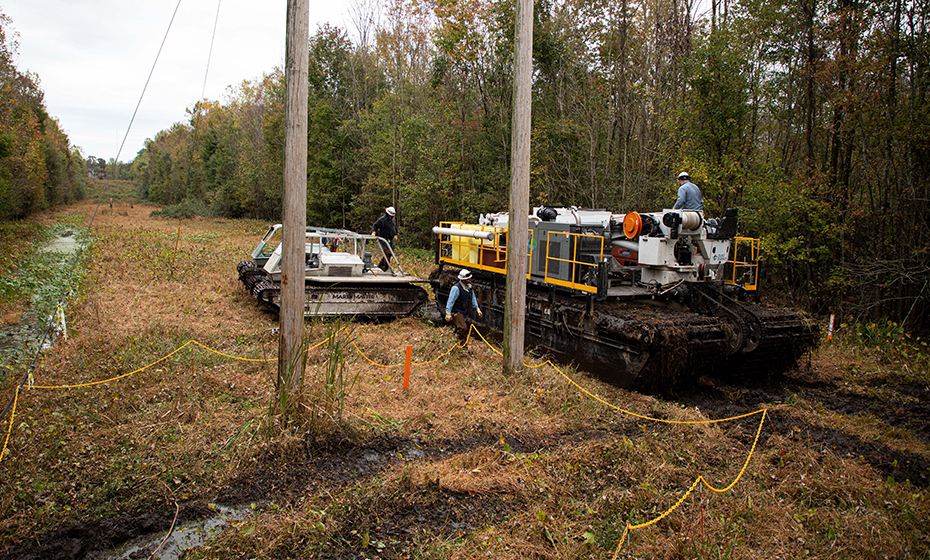 King, who’s from eastern North Carolina, worked to restore power after those storms and appreciates how valuable the vehicles will be for restoration and day-to-day work.

“Those swamps and terrain are hard to move around in and hard to navigate,” he said, “and this equipment can do that with ease.”

In addition to training his crew on the equipment, they developed training for future members in the Carolinas and other Duke Energy service areas who could use the equipment.

Watch the video to see the floating vehicles work on a swampy right of way in eastern North Carolina.