Creative writing has been a pastime for Christine Johnsen for as long as she can remember. In high school, she competed in prose contests, and in college she made a point to take poetry classes even as she majored in nuclear engineering.

She thought writing would be her career, but a high school chemistry class and the SAT changed her plans. 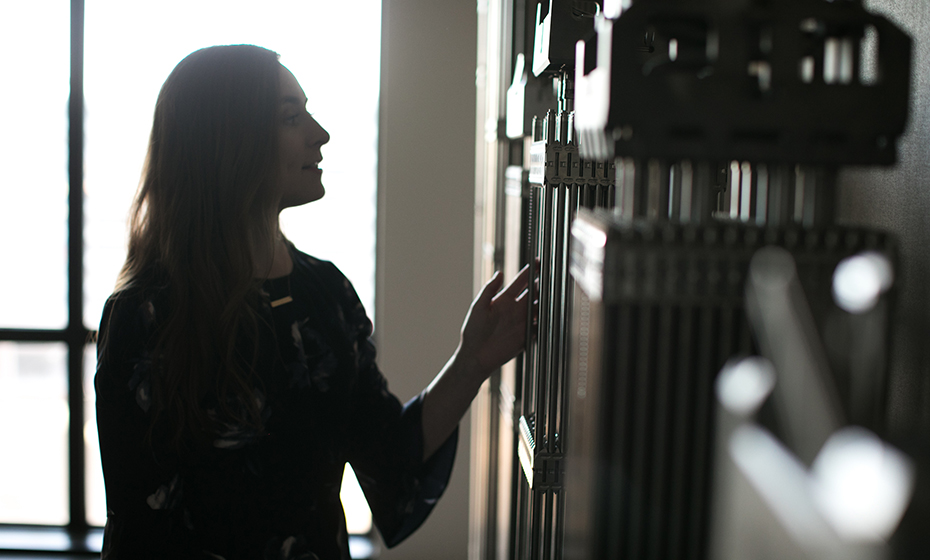 When she scored significantly higher on the math section of the SAT, her chemistry teacher, Mr. Kenney, encouraged her to consider engineering. Johnsen didn’t know any engineers or what they did. The first thought that came to her was the kind of engineer who operates a train.

“So, I started researching it,” she said, “and I realized that engineering was the application of science and math, and I thought that was really cool.”

Now, it’s been nearly 10 years since she joined Duke Energy as a nuclear engineer, and Johnsen finds it more interesting than ever.

She’s become an advocate for the energy source as the president of an international association, North American Young Generation in Nuclear (NAYGN). In 2018 alone, she earned awards including a SENSEI mentorship award, a James B. Duke Award (Duke Energy’s highest employee honor) and the NEI TIP Award for co-authoring a children’s book about the benefits of nuclear energy and her advocacy through NAYGN. 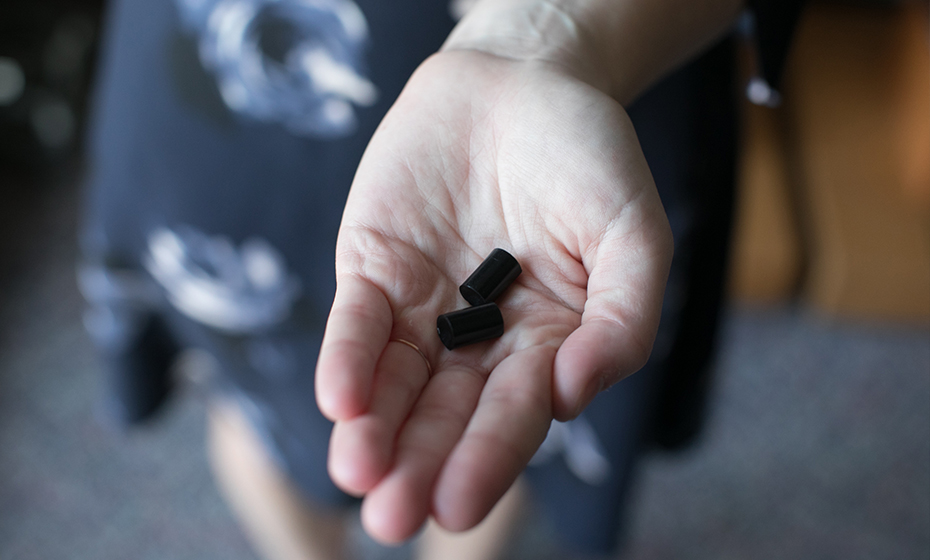 Johnsen holds true-to-size replica nuclear fuel pellets. According to the Nuclear Energy Institute, one uranium pellet contains as much energy as a ton of coal.

But even in her daily responsibilities as an engineer, she’s learned that it’s more important for engineers to be creative than most people think.

Inside a nuclear plant, power production starts in the core – a collection of more than 200 12-foot-tall metal rods filled with a stack of uranium pellets each the size of your thumbnail. All the rods are arranged in a bundle, and they interact to heat water that spins turbines to generate electricity.

Each rod’s place in the bundle depends on how it works with surrounding rods – some arrangements will generate too much heat while others won’t generate enough – and for every nuclear plant, there’s a team that figures out how to strike the perfect balance. 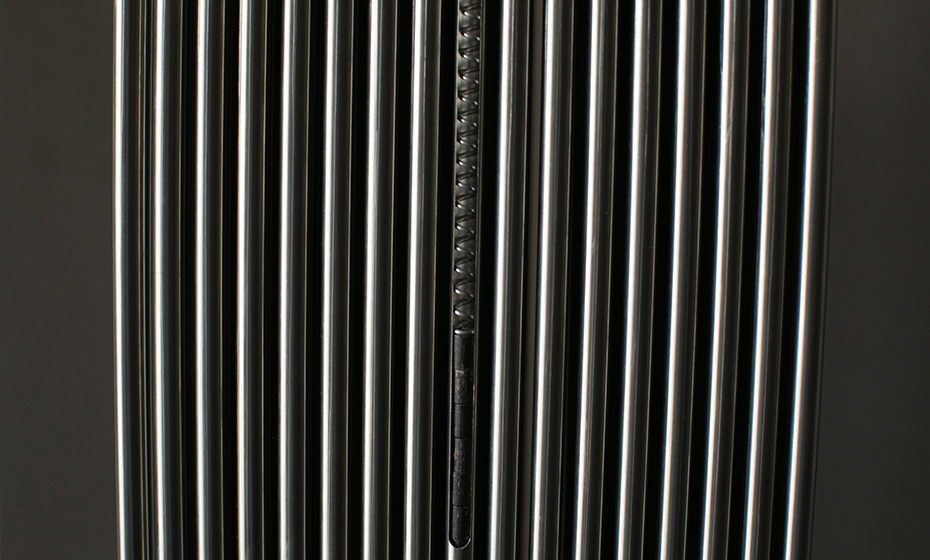 The pellets are stacked inside fuel rods, like these, that make up the reactor's core.

Johnsen is part of that team for Robinson Nuclear Plant in Darlington County, S.C., and Harris Nuclear Plant in Wake County, N.C. She moves, checks and adjusts the position of dozens of rods, one at a time, to see what design will produce power most efficiently.

Like regularly maintaining a car leads to improved gas mileage and a longer life, the better her core design, the more power the plant can produce with less fuel – it’s less expensive for customers and ensures the plant operates safely.

It’s challenging work – the kind of engineering that requires a mix of creativity and technical expertise gained from experience. That’s what Johnsen loves about it.

Sometimes it can take weeks to get the perfect arrangement and months to get it approved by internal and external oversight. When it’s finally approved, she said, it’s a good feeling. 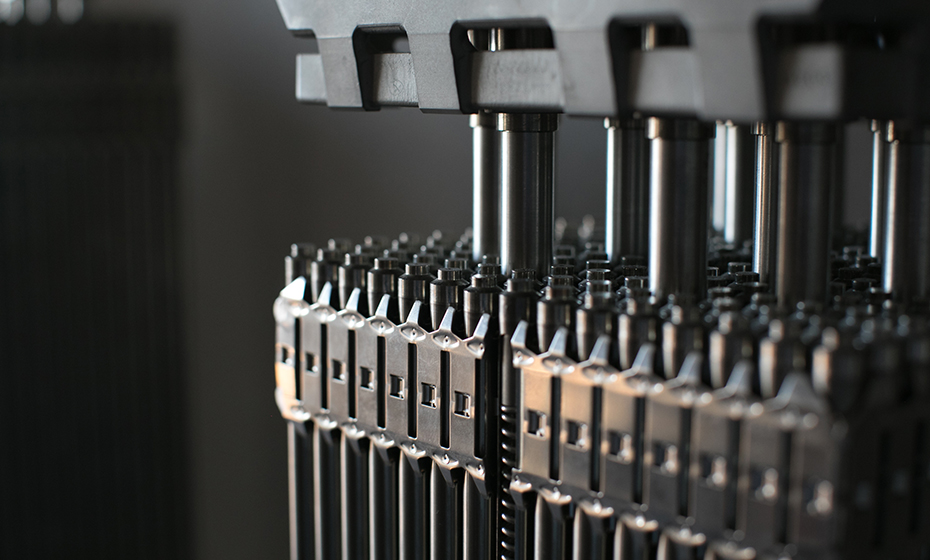 The fuel rods are bundled in assemblies like this one, and their placement determines the amount of electricity the plant can produce.

“The moment when you get the core design approved, I think that’s the most exciting thing,” Johnsen said. “It’s a lot of creativity, collaboration and teamwork, so when you hit that milestone, it feels, at least for us in core design, like we’ve crossed a big race’s finish line.”

Johnsen has worked with her team since interning as a junior at North Carolina State University. She came back to the same team her senior year, and then accepted a job offer before graduating in 2010. The teamwork and opportunity for interesting projects that intrigued her when she started her internship have held her attention longer than most recent graduates. A 2016 LinkedIn study showed that college graduates between 2006 and 2010, on average, work at about three different companies in the five years following graduation.

“A lot of people, I think, enter into their first job, and they’re kind of unsure about what they’re going to be doing, but I knew what I was getting myself into from my time as an intern,” she said. “I got really passionate about my career in nuclear because it’s the largest clean-air energy source in the country, and as a core design engineer, I get to play one of many roles that support providing the energy to my neighbors in the Carolinas.” 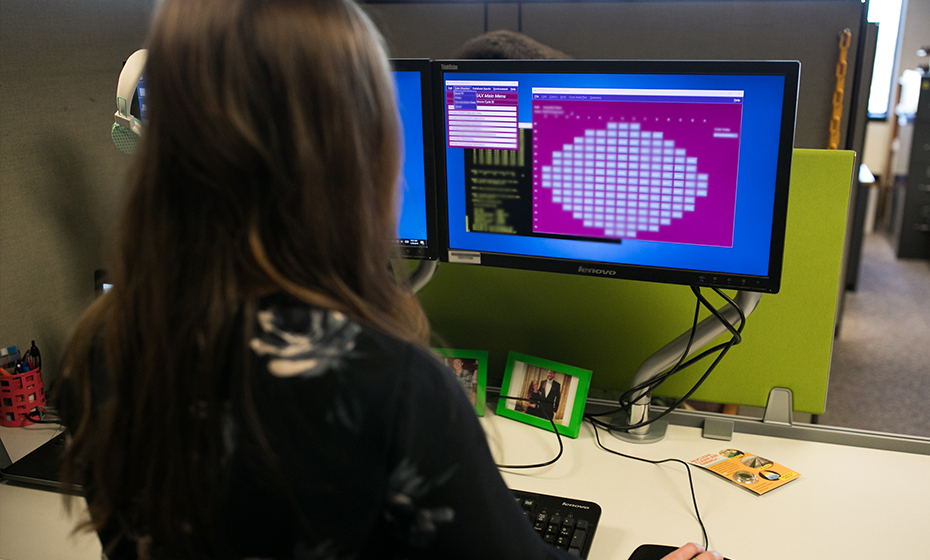 From her desk, Johnsen designs the reactor core, determining which arrangement will yield the safest, most cost-effective outcome.

And, she said, she’s never had trouble finding new challenges.

As president of North American Young Generation in Nuclear, which includes more than 100 chapters in the United States and Canada, she’s busy planning professional development events, meeting peers from other utilities and hosting the organization’s Hill Day, where a representative from each state with nuclear power will come to Washington, D.C., in June to talk with their representatives about the importance of nuclear.

At the heart of their message: Nuclear is the only source of electricity that produces power around the clock with no greenhouse gas emissions. In the Carolinas, Duke Energy’s six nuclear plants generate enough power for half of the states’ energy needs.

Johnsen is still using her creative writing skills, too, and adapting the message for a younger audience in a sequel to the group’s first book. The first book taught students that nuclear energy isn’t scary, and the second (to be published in October) explains why the energy grid will be more reliable and cleaner when it’s fueled by several sources. 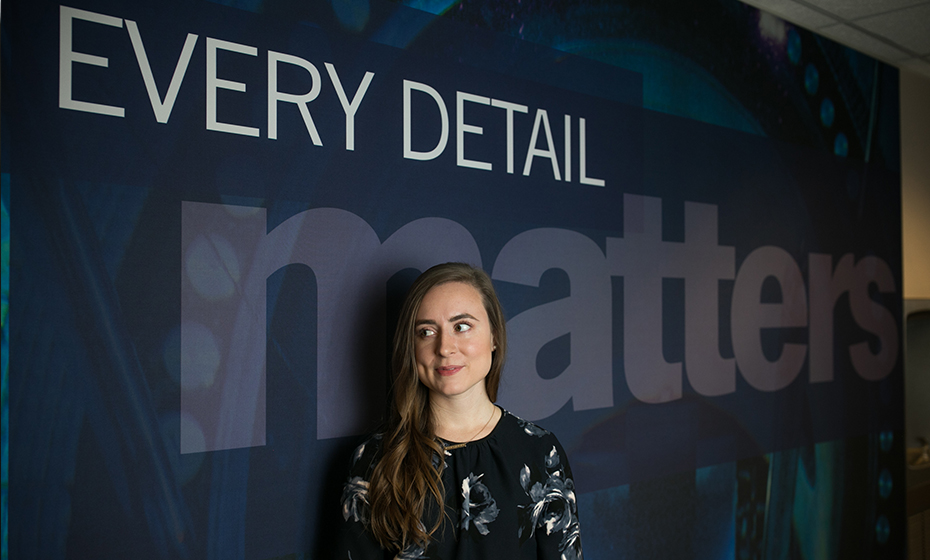 Johnsen, an advocate for nuclear energy, is the current North American Young Generation in Nuclear president.

While the nuclear industry has dwindled in size over the last decade with competition from a growing renewables sector and falling natural gas prices, Johnsen said she still believes in the energy source and opportunities for innovation.

“With a new plant under construction in Georgia, if the U.S. begins to recognize nuclear for its benefits, we could begin to open the door for new plant designs and nuclear innovation.”

Having creative engineers who are excited about the future can’t hurt either.