The first Black History Month was celebrated in 1976 to commemorate and celebrate the contributions to our nation made by people of African descent. We asked teammates to tell us which figure from African American history has had the biggest influence on them. Here are their responses:

Harriet Tubman’s (1822-1913) unwavering confidence and courage during her lifetime and throughout multiple journeys on the Underground Railroad are almost unfathomable. What makes her story even more inspiring is that after escaping to freedom, she went back and helped hundreds of other slaves escape as well. This display of selflessness, combined with a strong faith and incredible intelligence (especially for a slave who did not have access to any basic educational resources), makes Harriet Tubman a mind-blowing influential figure. I can only aspire to have her level of bravery and strength ingrained within myself while battling and overcoming adversities.

Bryan Stevenson and my grandparents 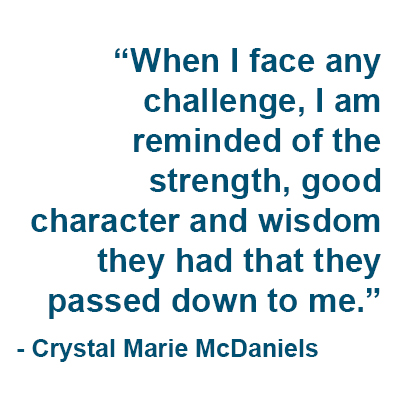 Bryan is a Harvard lawyer who has committed his life to advocating for poor people, those who have been sentenced to the death penalty, and to children who were sentenced to life imprisonment. My favorite quote of his is: ‘The true measure of our character is how we treat the poor, the disfavored, the accused, the incarcerated, and the condemned.’ I read his book ‘Just Mercy’ a few years ago, and there is currently a movie based on his life with the same title in theaters now.

My maternal grandparents are from a rural part of Upstate South Carolina called Little Africa. Neither graduated from high school, but they worked hard in factories and fields, saved money and eventually started their own small business. They raised 11 children, including one who worked for and retired from Duke Energy. When I face any challenge, I am reminded of the strength, good character and wisdom they had that they passed down to me. During labor, I told myself, ‘If my grandmother can bear 11 children, I can handle at least one.’ I am super grateful to be a part of a legacy of hard work and determination and to be the second generation to bring that to Duke Energy! 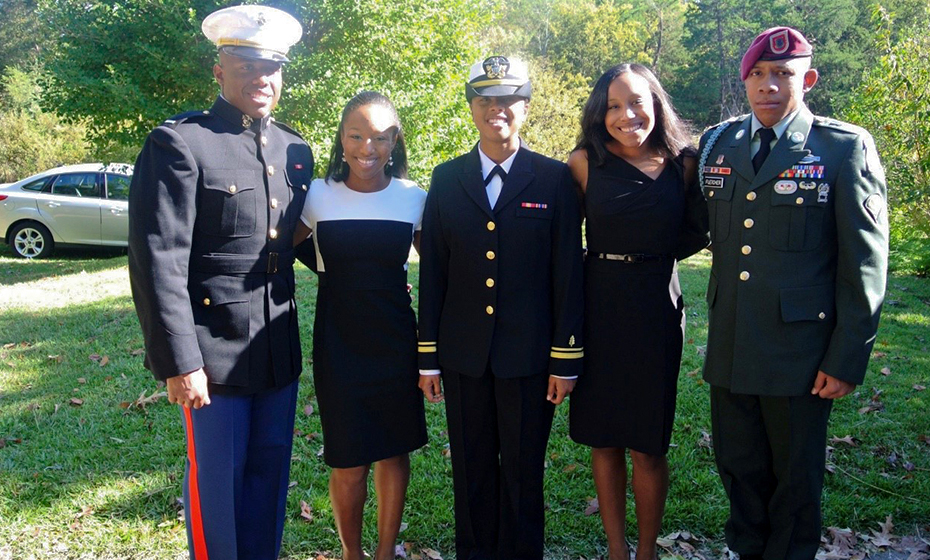 Gen. Davis (1870-1970) was the U.S. Army’s first African American general. He is an inspiration because of the work he did in the Army to desegregate and end discriminatory practices in the armed forces. I was an Army brat, going from Army base to Army base and from country to country. Those experiences shaped so much of who I am today, and I appreciate Gen. Davis’ role in that. In addition to many other accolades, he commanded troops that became known as the Buffalo Soldiers, was a special advisor for race relations in the Army, earned a Bronze Star and was the father of the second African American general in the U.S. military, Benjamin O. Davis Jr. 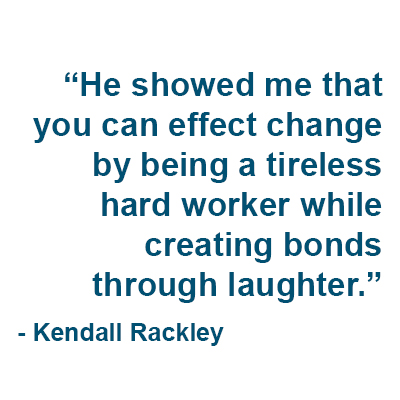 A brilliant comedian and civil rights activist, Dick Gregory (1932-2017) was a walking, breathing history book. He participated in the March on Washington, was in Selma with Dr. King, staged sit-ins, protested the Vietnam War, organized several hunger strikes, participated in anti-apartheid movements, spoke on animal rights and pollution, ran for mayor of Chicago and ran for president of the United States under the Freedom and Peace Party. In addition to all of that, he was a stand-up comedian who was the first of his era to have a crossover appeal to white audiences by poking fun at race relations. He opened the door for comedians like Richard Pryor and Redd Foxx. He was an inspiration; in 84 years of life, he showed me that you can effect change by being a tireless hard worker and while creating bonds through laughter.

After Congress passed legislation in 1807 prohibiting the importation of slaves into the United States, many slave owners resorted to breeding their slaves. It’s estimated that Charles McGruder (born 1822) fathered more than 100 children in his lifetime for the McGruder family (which owned him) and others. After the Civil War ended, Charles became a sharecropper, first renting and then purchasing land. The black McGruders became the largest landowners in that area of Alabama during that time and are still the oldest landowners in that area.

Though Charles fathered children with many women, he only married once, to another freed slave, Rachel. One of their daughters, Minerva, was the first wife of my great-great-grandfather, Noah Burge. Charles fathered a legacy that lives on today. His progeny went on to become lawyers, doctors, teachers and other successful contributing members of society. It’s an intriguing story, certainly, and I’m proud to have Charles’ story be part of a chapter in my own life. 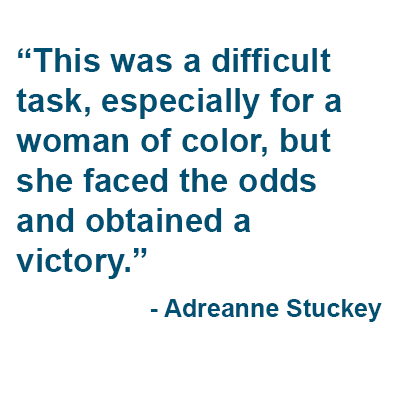 From my personal life, I want to highlight my Uncle Dwight Stephenson, who is being recognized at the Super Bowl in February for being a top 100 player in the NFL. He was a center for the Miami Dolphins from 1980-1987 and was inducted into the Hall of Fame in 1998. He is an entrepreneur who created a construction company, D. Stephenson Construction, that operates in Fort Lauderdale, Fla. Not only is he an entrepreneur and a phenomenal athlete, but he does it all with a humble attitude, a genuine demeanor and a wide grin. He is a true inspiration to me and my family.

From a historical perspective, Justice Stewart (born 1965) became the first African American woman to be elected as Ohio Supreme Court justice. She is such an inspiration as more African Americans effect change in the political space and demand our voices be heard. She had an uphill battle as a Democratic candidate seeking a seat on a bench that is historically dominated by Republicans. This was a difficult task, especially for a woman of color, but she faced the odds and obtained a victory.

Queen Mary (1848-1905) is a well-known figure by all who are from where I am from, the Virgin Islands, specifically St. Croix, USVI. She is one of the three women leaders of one of the biggest labor riots in the Danish West Indies. The riot was in response to the working conditions instituted at the time. She, along with Agnes Salomon and Mathilda McBean, led a riot and were given the nickname Queens of the Fireburn. Over a period of five days in October 1878, nearly 1,000 acres of land were burned with more than 70 casualties. This event was held in infamy and Queen Mary was immortalized in a folk song (‘Queen Mary’) that now, along with the events of the Fireburn, are learned by all kids in history classes in the Virgin Islands.

Kwame (1912-1972) was one of the fathers of Pan-Africanism, the concept of a united Africa and African diaspora, which appealed to me as a part of the African diaspora. Kwame Nkrumah led the Gold Coast to independence from Britain in 1957 and the country became known as Ghana. He became the first president of Ghana in 1960. He was awarded the Lenin Peace Prize for his work in Ghana and throughout Africa. Kwame Nkrumah met the challenge and even led to the independence of an entire country while keeping his focus on the goal of a united African front. 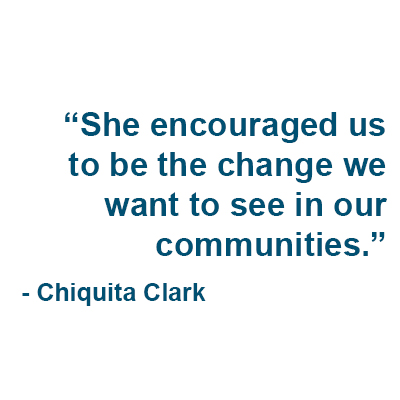 Maya Angelou (1928-2014) was the second poet in history to read a poem at a presidential inauguration, and the first African American woman. As a poet myself, she is one of the influencers contributing to my approach on how I create the content and message of my poems. She has also been a catalyst in starting much needed conversations about race relations and equality in America. She encouraged us to be the change we want to see in our communities.