Toni Morrison – born Chloe Anthony Wofford in Lorain, Ohio – has made her race and, to a lesser extent, her gender the focus of her writing. “My work requires me to think about how free I can be as an African-American woman writer in my genderized, sexualized, wholly racialized world,” she wrote in “Playing in the Dark: Whiteness and the Literary Imagination.” 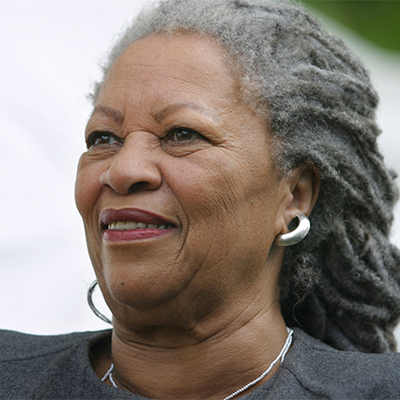 Morrison has won the highest critical acclaim for her work, which often confronts the horrors of slavery and injustice of racism. In 1993, she became the first African-American woman to win the Nobel Prize for literature. She had already won the Pulitzer in 1988 for “Beloved.” In 2012, President Barack Obama presented her with the Presidential Medal of Freedom. “She’s won every major award it’s possible to win,” said Paula Eckard, director of American studies and associate professor of English at UNC Charlotte.

Bonita Buford of the Harvey B. Gantt Center for African-American Arts + Culture is a long-time fan. Morrison spoke at Buford’s Spelman College graduation and read a line from “Song of Solomon” that has inspired Buford ever since: “He can’t value you more than you value yourself.”

Her novels include “The Bluest Eye” (set in her Ohio hometown, it describes a black girl’s painful childhood in a white society) and “Beloved,” which became a 1998 movie produced by and starring Oprah Winfrey. “Beloved” centers on a runaway slave who, when captured, cuts her daughter’s throat rather than see her grow up a slave.

Although the book is fiction, it was inspired by the true story of Margaret Garner. Eckard said, “Morrison shows us the psychological toll of slavery. It’s compelling and horrifying.”

Morrison's work is taught in university classrooms, including Eckard's. It’s fitting, since Morrison is a professor herself. She taught at Princeton and her alma mater, Howard University, in Washington, D.C. Eckard places her among the greatest American writers – including Faulkner, Twain, Melville and Hawthorne – and even puts her a notch above them in certain respects. “It’s not just her compelling content,” she said. “It’s her artistry. She is a beacon of genius for aspiring African-American writers.”

Morrison doesn’t mind – in fact, she relishes – the term “black writer” and told The Guardian in 2015 that she writes for black people: “Tolstoy was not writing for me, a 14-year-old colored girl from Lorain, Ohio. I don’t have to apologize.…”

Morrison, who turned 87 on Feb. 18, 2018, uses a wheelchair – as a result of unsuccessful back surgery – and has discussed how writing helps liberate her from pain. In a 2015 NPR interview with Terry Gross, she said: “writing is … where I have control. It’s where my imagination is fecund and I am really at my best.”