José Estela straps on a bulletproof vest, clips on a shiny silver badge and buckles up a belt outfitted with an electric shock stick and pepper spray. Then he heads out in an unmarked SUV, hoping to catch a gas thief.

As an investigator with Duke Energy's Piedmont Natural Gas, Estela hunts down people who tamper with meters or bypass them altogether with makeshift pipes.

Estela cannot forget the time in his hometown of New York City when two people were killed in the East Village in 2015 after a plumber illegally tapped into a natural gas line. He doesn’t want to see a tragedy like that in the states Piedmont serves.

“We have to make the premises safe,” said Debbie Hauliska, revenue assurance supervisor at Piedmont, who heads the anti-theft team.

With help from technology and law enforcement, Hauliska and Estela have cut thefts by two-thirds in five years. Cases dropped from 2,214 in 2012 to 868 in 2016. They expect around 500 cases this year.

“The word is on the street,” said Hauliska. “That’s one reason the numbers have decreased. The fixers know that we’re out there.” 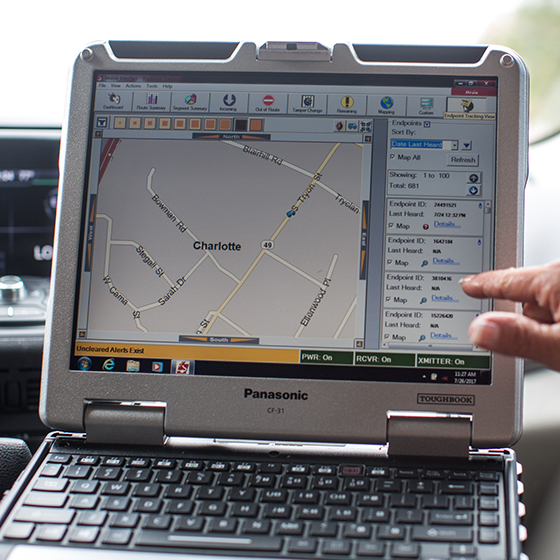 “Fixers” make money by tampering with meters to lower natural gas bills or by installing connectors that divert natural gas to homes or businesses that have had their service cut off.

The thefts cost Piedmont hundreds of thousands of dollars every year, Hauliska said.

Hauliska and Estela both joined Piedmont as meter readers, walking block to block, house to house, meter to meter.

The system is now automated. A passing truck picks up a radio signal from each meter, recording natural gas use. A data scientist alerts Hauliska and Estela about discrepancies in the records – for instance if someone’s monthly usage drops dramatically. 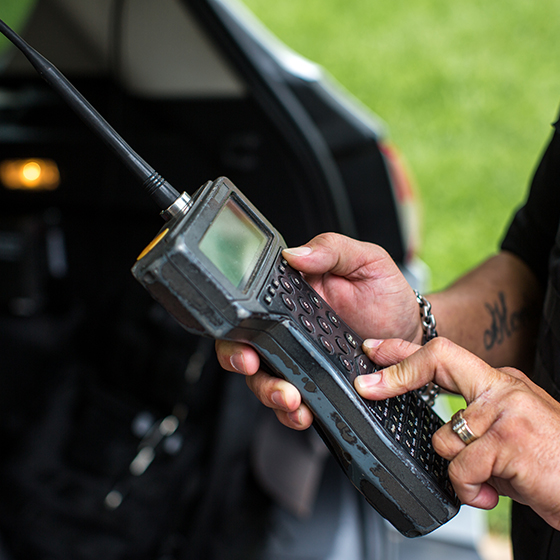 “We got a tip one time and drove out to the house,” Hauliska recalled. “José knocked on the door, and I ran around to the back.”

She said she peaked over a privacy fence. There, on the meter, she saw a device that could slow down the regulator.

She snapped a photograph with her iPhone.

Suddenly, from out of the back door, ran two men. She said they ripped off the device and one of them yelled at her:

“Get off my property.”

She said she yelled back: “I’m not leaving until I get my property!”

Hauliska is 5-foot-2 but she doesn’t back down when it comes to natural gas thieves. She called 911. After police arrived, she and Estela were allowed on the property. Estela said he turned off the natural gas and removed the meter.

Hauliska credits local law enforcement officers with a willingness to work with Piedmont – and bring charges. State laws in Piedmont’s service territories make it illegal to interfere with natural gas, electric and steam appliances or meters. 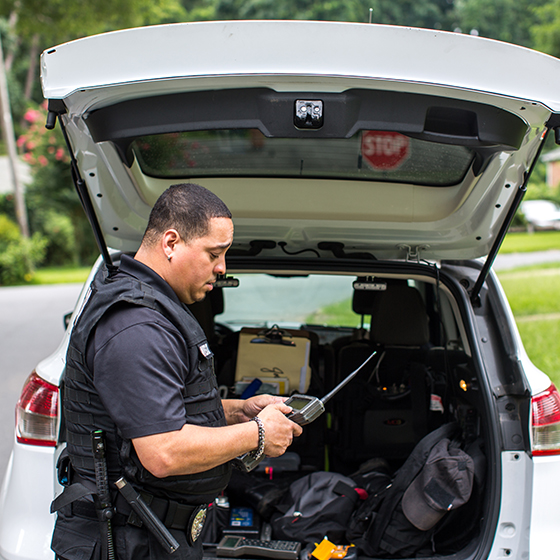 “The key to our success,” she said, “is building relationships with law enforcement. We went to every precinct. We gave out the general statute. We explained how serious it is. When I call 911 now, they recognize my voice.”

Estela and Hauliska said they work with customers to arrange repayment schedules, and most cases are settled out of court. They recognize that some people steal natural gas because they can’t afford to pay for it.

“I carry a card with the number for Crisis Assistance on it,” Estela said. “I don’t know what’s on the other side of that door. I’ll work with you. It’s rough. I could be the straw that broke the camel’s back, now that I’m leaving them in the cold. But I can wake up in the morning knowing that I’m going to see that seven children are safe.”

If you see evidence of meter tampering, report it anonymously by calling Piedmont Natural Gas Customer Service at 1-800-752-7504.