Wayne Hambrick worked a couple of jobs after a back injury ended his career in the Marines. But he hadn’t found what he was looking for – until he got a position working outside in sometimes difficult conditions with long hours.

Hambrick joined the Marines when he was 21. It happened to be a natural fit, with plenty of his relatives having served in the military, including a grandfather who was a POW in Korea.

Eventually Hambrick went to sniper school and served as a team leader in three deployments, two in Iraq, one in Afghanistan. A broken back led to a medical discharge. So Hambrick and his wife, Leslie, also a Marine veteran, moved back to his hometown of Fairfield, Ohio, outside Cincinnati. Hambrick tried to figure what was next.

He found work in construction and then landed a job at the phone company as a fiber technician. In two years, he was promoted to management, but a desk job wasn’t for him.

“As crazy as the military is, you miss it because of the family and camaraderie,” he said. “Everybody is on the same page. Everybody understands you.”

He had heard from friends that Duke Energy was a great place to work. “I love being outside, I love to work and (Duke Energy) is there to take care of people.” 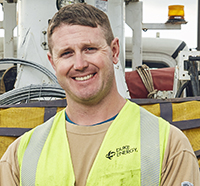 Hambrick joined Duke Energy in June as a groundperson. “For the lineman side of (Duke Energy), it works like the military – just a little more relaxed,” he said. “Everybody is like, ‘Let’s go knock this out.’”

The company has over 2,200 veterans on staff, making up 8 percent of the workforce, and continues to recruit transitioning service members, guard and reservists.

“Duke Energy takes pride in hiring veterans for what they bring to the team,” said Bennie Anderson, senior recruiting specialist and Army veteran. “The military talent and characteristic traits align with the culture and values of our organization.”

In addition to lineworker jobs, Anderson has found veterans – and their spouses, whom he also recruits – make good fits in other positions, such as nuclear engineering, cybersecurity, customer service. Once at the company, veterans can find support in the employee resource group Together We Stand. The company also has a military leave policy that supports employees in the National Guard and Reserves.

Hambrick’s supervisor, Luis Amaya, said Hambrick is “a go-getter. He doesn’t like to sit around; he always wants to be active and involved.” 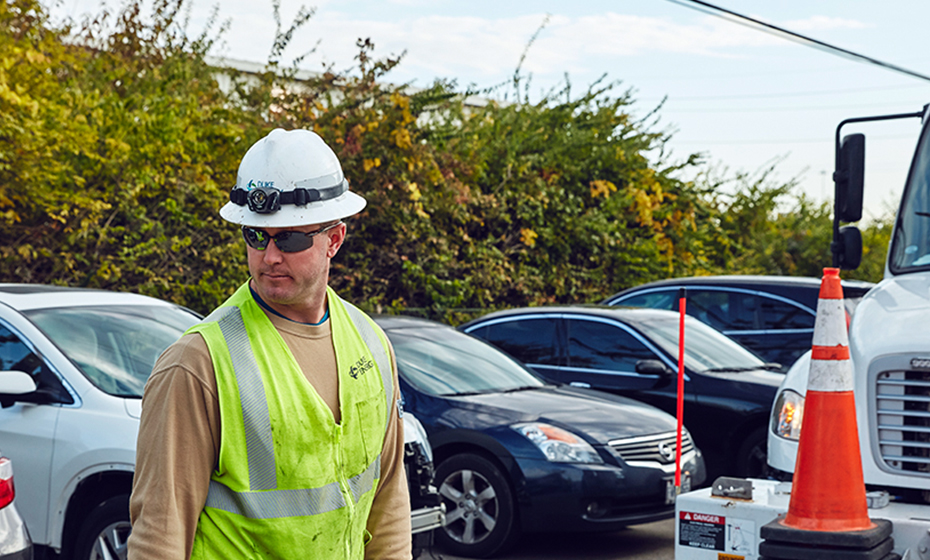 If Hambrick had any doubts that the day-to-day work paralleled his military experience, he was reminded just a couple of months into the job when the company deployed him to Wilmington, N.C., to help with Hurricane Florence storm restoration. For 13 days, he worked 16 hours on, eight hours off. Just a few weeks later, he traveled to central North Carolina after Tropical Storm Michael, working the same hours for eight days.

The tough work hasn’t let up now that he’s back in Ohio.

Wife Leslie misses her husband with his around-the-clock shifts, but she’s thrilled he has found the right fit.

“The funny thing, especially with Marines, it doesn’t matter how many years you did, you really don’t change when you leave the military,” she said. “It’s a very difficult transition. … Wayne is so much happier now; it’s more of a military-type environment.”

Hambrick intends to stick with training in hopes of becoming a lineworker. And one day, he said, he wouldn’t mind helping fellow veterans find the perfect civilian job, just like he did.