Now four months later, he is back, this time with other Duke Energy employees helping to restore power.

“It’s incredible, first of all, to me as a Duke employee to come to work in my home,” said Ortiz, 57, an equipment operator based in Clearwater, Fla. “It’s very exciting to help my fellow Puerto Ricans, my family and friends. I feel honored to be here. More than that, I feel a duty.” 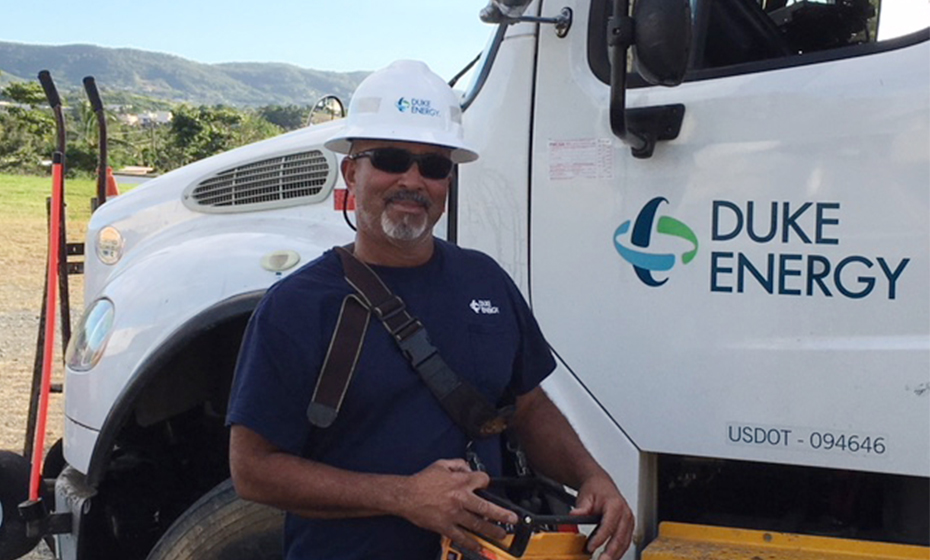 When Duke Energy announced it would help in the power restoration effort, Ortiz immediately signed up. “I wanted to go from Day 1. These are my people.”

He is one of 227 Duke Energy employees sharing their expertise. They arrived Jan. 14 and could be there for two months.

Ortiz knows and loves the island. He was born in Puerto Rico and lived there 17 years before enlisting in the U.S. Army. He moved to Tampa about 30 years ago and has worked for Duke Energy since 2003.

After Hurricane Maria swept through with 155 mph winds on Sept. 20, he said he tried for days to get in touch with his mother, his daughter and his grandson.

“There was no communication,” he said. “Nothing. It was nerve wracking.”

He tried contacting other relatives and friends. Nothing.

Desperate to know their fate, he flew in three weeks later. Though he had survived hurricanes as a child, he was not prepared for the devastation. His island home was unrecognizable, leaves stripped from trees and roofs from houses, the landscape gray as if scorched by fire. It was one of the worst natural disasters in Puerto Rico’s history.

“What I saw made me cry,” Ortiz said. “People were wandering the streets. A lot of people were trying to leave.”

He made his way to Mayaguez on the western side of the island, where he found his family and friends safe but without any way to let him know.

“There’s still a lot of devastation,” Ortiz said. “There are wires everywhere, poles leaning on top of houses and on top of churches. It’s crazy.”

But the landscape has turned green again, the sky blue, the water crystal clear.

As his co-workers witness the beauty of the U.S. territory and the kindness of the people who live there, Ortiz swells with pride. He is working in Yauco, where the remote terrain and coordination have made restoration challenging and time-consuming. But even if residents still don’t have power, he said, that hasn’t stopped them from expressing their gratitude.

Two days in a row, islanders prepared hot lunches for three volunteer crews. “It’s incredible,” Ortiz said. “One day, they cooked a typical meal: yellow rice with pigeon peas, fried pork, homemade bread pudding and pasteles, which are green bananas stuffed with meat, like tamales. I was in heaven."

“I’ve been living in the U.S. for so long, I forgot how we really are in Puerto Rico. We are kind and we care for each other and we are strong. These people have been without power for over 100 days. That’s unheard of in the States. Puerto Rico is an example of being patient.” 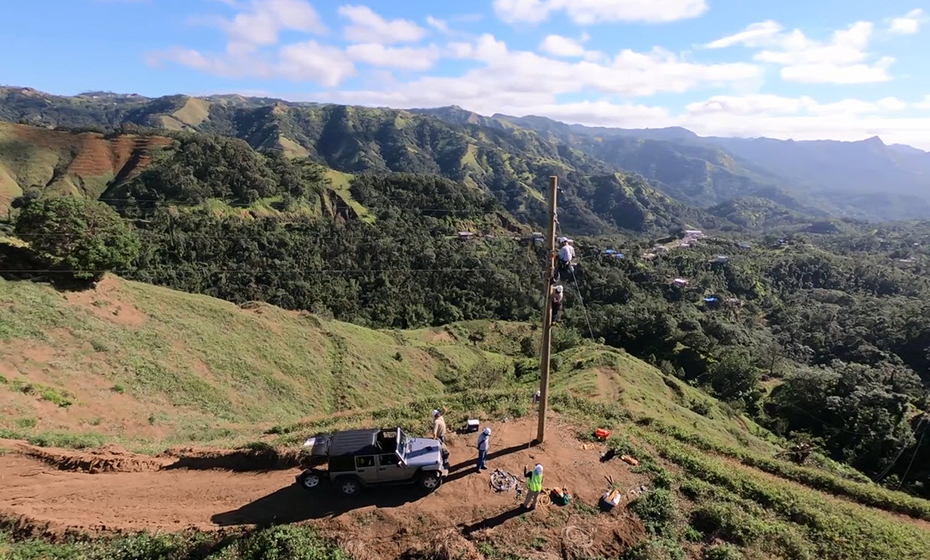 When he’s not setting up poles and operating machinery, Ortiz serves as translator for his co-workers, many of whom do not speak Spanish. He’s one of several employees who were born in Puerto Rico, said Rufus Jackson, vice president of Distribution, Construction & Maintenance in the Carolinas-East region, who is serving as incident commander.

“As you go up in the mountains where we’re working, people are mostly Spanish speaking,” Jackson said. Having volunteers who speak Spanish, he said, has been invaluable.

“It feels good,” Ortiz said. “I can communicate. I can help the guys when we’re working.”

Their sixth day there, Jan. 20, was the four-month anniversary of the hurricane. It was also Ortiz’s 57th birthday. His daughter and grandson traveled across the island to celebrate over dinner.

Their power was restored about 70 days after Maria hit. For the millions of islanders still living without electricity, Ortiz sends this message: “We’re here and we’re not leaving until you guys have power.”