The people of Apalachicola and the Florida Panhandle took time away from rebuilding after Hurricane Michael to celebrate at their annual Florida Seafood Festival.

A return to normal is much needed after the hurricane demolished homes and businesses, uprooted trees and knocked out power to 75,000 Duke Energy customers alone in early October. So leaders were confident the 55th annual festival would go on, boosting spirits and attracting visitors to an area dependent on the tourist economy. 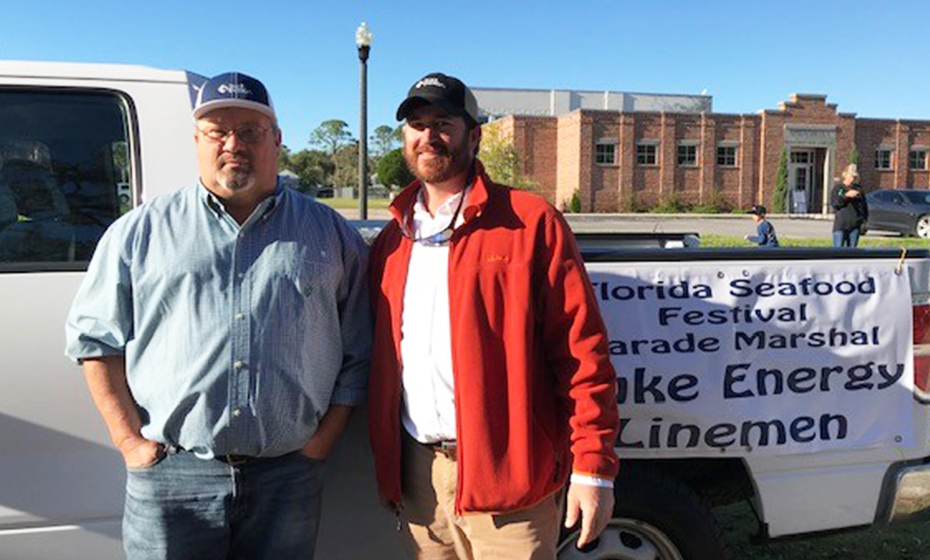 As Duke Energy bucket trucks moved through the parade on Nov. 3, the crowd cheered. Some people yelled “thank you” and “great job,” and others went up to lineworkers to shake their hands.

Moses, who was born during a festival weekend, is the construction and maintenance supervisor for the Odena Operations Center, which handles the areas hit hardest by the hurricane. He has been overwhelmed by how gracious people have been during such a difficult time, but he’s not surprised by the Panhandle’s positive attitude because he calls Apalachicola home.

Moses said he is grateful for the dedicated crews who traveled away from their families to help the Panhandle. “I appreciate they responded to our call and treated our customers like it was their hometown,” he said. “They took it on their own sleeve and put a lot of work into it.”

Joel Bernier, construction and maintenance supervisor from Eustis, came up two weeks ago to help rebuild. “I’ve been working storms for 22 years and the pictures don’t do it justice,” he said. “I’ve never seen anything like this.”

Despite losing so much more than power, Bernier said, the people welcomed crews as if they were part of the community. “It’s been a life-changing experience to see this,” he said. “It’s one of the best communities I’ve ever worked. They came together as a community to help each other.”

Duke Energy resources will remain in Mexico Beach and St. Joe Beach for months to come.

Moses said he is thankful to the people of the Panhandle for their patience. “I worked all around the company from one end of Florida to the other, but have always come back home.” 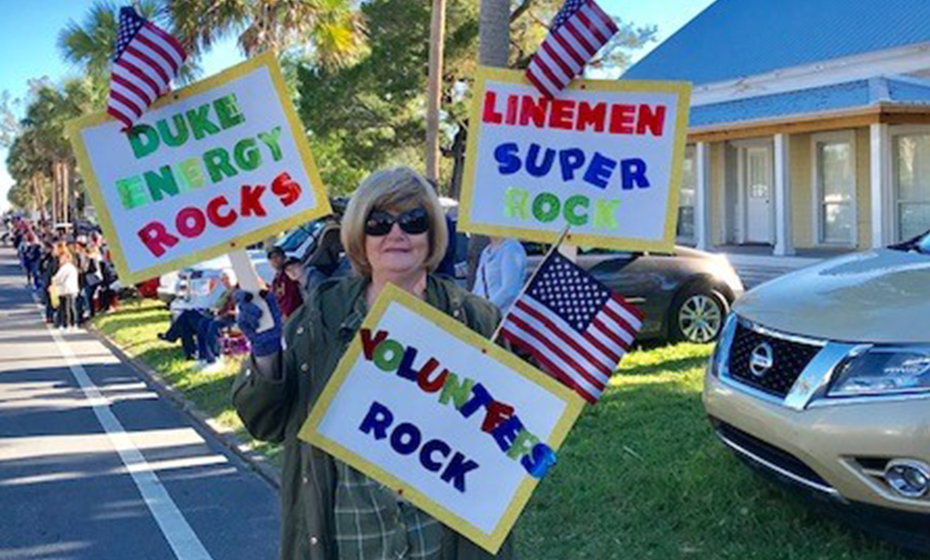