Sean Tucker experienced the thrill of a lifetime on the basketball court, learning lessons he’s certain will make him a better teammate to his colleagues at work and to the customers they serve. 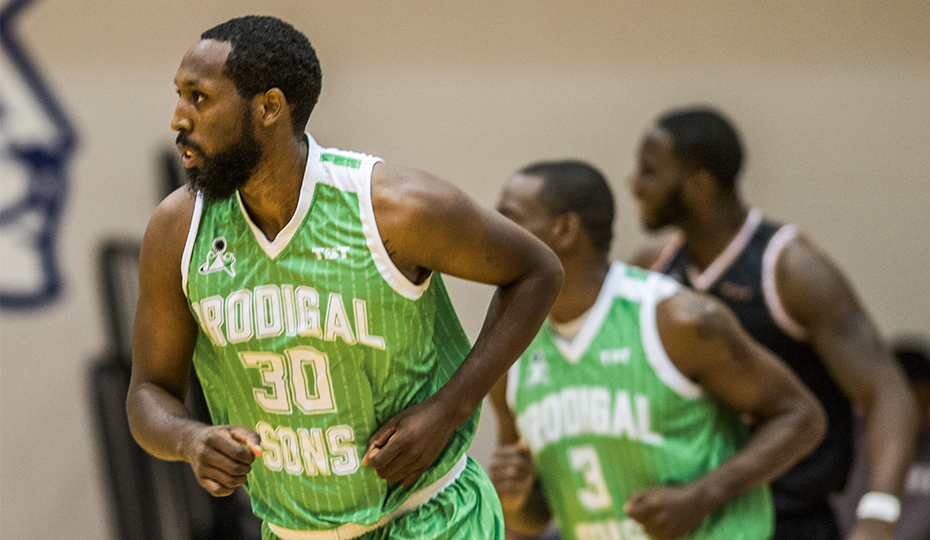 Teamwork. Sacrifice. Camaraderie. Tucker believes the qualities that helped his upstart squad advance in The Basketball Tournament and play on national television translate seamlessly into his work as a Customer Care team lead at Duke Energy.

“When you’re out there on the court,” he said, “you’re counting on people to do their jobs. I like to think we are like that on this team at Duke Energy. Everyone knows their role, and that’s why we have a successful team.”

Tucker, 31, has worked in Customer Care for four years, the last two as a team lead in the Customer Contact Center in Charlotte. His team fields customer phone calls on billing, outages and any other issue.

“We deeply appreciate the service and value our customer care representatives provide our customers,” said Gayle Lanier, senior vice president of customer services. “I am proud to honor them during Customer Service Week.” 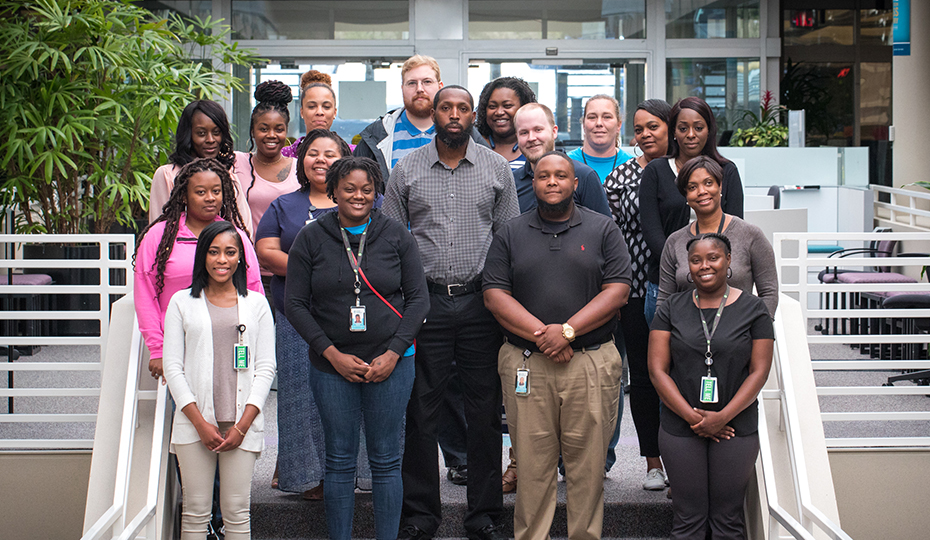 But even outside of times of special recognition, Customer Care Supervisor Andrew Cairrikier said Tucker is a positive presence for customers and a great coach to co-workers – dependable, willing to work extra hours, with a dry wit that keeps everyone loose and smiling.

“If you want to get to know him,” Cairrikier said, “you talk about basketball.”

There’s been a lot to talk about.

Tucker, a Charlotte native, was a member of the Prodigal Sons team that advanced to the Sweet 16 of The Basketball Tournament before losing in Brooklyn, N.Y., in a game aired on ESPN 2. Hoops lovers know all about TBT, as it’s called: A summer tournament featuring 64 teams playing full-court, 5-on-5, the winning squad taking home $2 million. The tournament features a scattering of former NBA players but mostly former college players, many of whom have played professionally overseas. 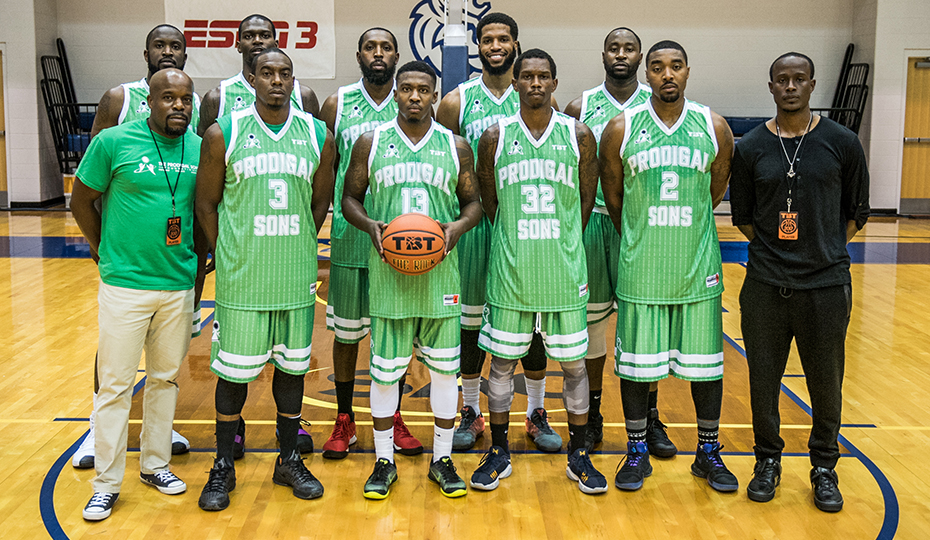 The Prodigal Sons was made up of a number of players from Charlotte.

Tucker, a shooting guard at 6 feet 5 inches, played basketball at Independence High and then Victory Christian Center School before finishing his college career at Texas A&M International University. A No. 14 seed, the Prodigal Sons won its first two games by upset in Charlotte. The wins earned the team a trip to the Sweet 16, played on the campus of Long Island University in Brooklyn. That’s where the magic ran out. The Prodigal Sons fell 79-64 to heavily favored Ram Nation, featuring players from Virginia Commonwealth’s 2011 NCAA Final Four team. 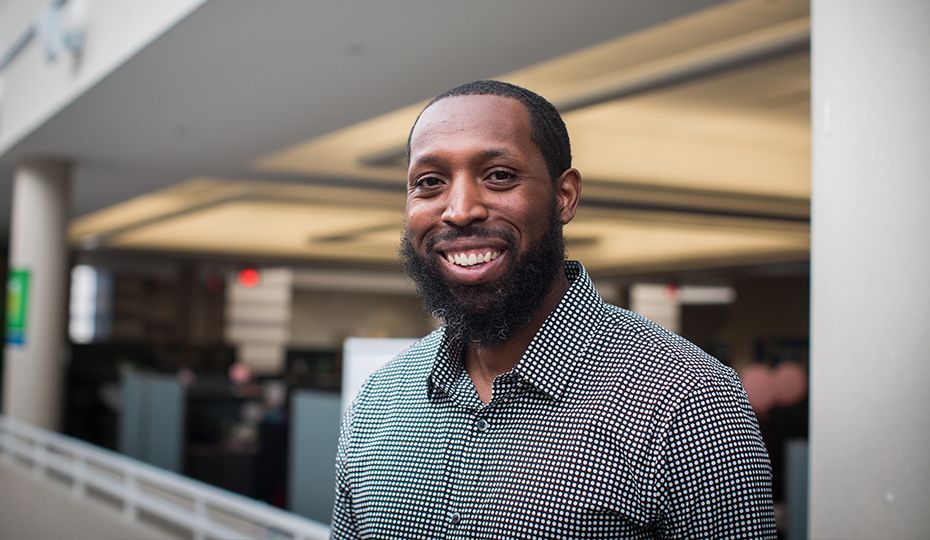 Background: Played basketball at Independence High and Victory Christian Center School before playing basketball for two years each at Palm Beach Atlantic University in West Palm Beach. Fla., and Texas A&M International University in Laredo, Texas. He is the older of Wayne and Elizabeth Tucker’s two children. His dad is a police officer with Charlotte-Mecklenburg Schools. His mom is retired from Vanguard.

Favorite Player: Michael Jordan. “His skill and will to win are unmatched. He made me want to try and do everything he did exactly the way he did it.”

Tucker came off the bench to average eight points for the three games. But his value went beyond stats. Teammate Cory Farmer, a childhood friend from Charlotte, called Tucker a quiet leader, the guy who’s always willing to make the extra pass on the court and keep everyone loose and together off the court.

Talk about fun, the trip was Tucker’s first to New York, and still has him buzzing about that first slice of New York City pizza. Just recounting it over the phone – the game, and the journey with teammates and loved ones – still radiates for Tucker and Farmer.

“Sean’s a great teammate,” said Farmer, 31, who played at Garinger High in Charlotte and East Carolina University. “He doesn’t say much, but he shows his leadership by example.”

“I loved every second of it,” Tucker said, speaking not just of the basketball and the trip to New York, but the bond between teammates. “I hadn’t had that much fun playing ball since college.”

One more part of the experience touched Tucker. The Prodigal Sons played for the Prodigal Son Foundation, raising awareness and money for the Charlotte nonprofit through team merchandise sales. The foundation helps inner-city youth through mentoring, a focus on fitness and nutrition and more.

But now it’s back to work, and applying in the Customer Contact Center what he rediscovered on the court – about success, and how you never achieve it alone.

“I think basketball can teach you a lot of life lessons,” he said. “No one can do anything by themselves. It’s the same at Duke.”