Built in 1908 by the Electric Manufacturing & Power Company and acquired in 1935 by Duke Power Company, the plant helped drive the economy, powering cotton mills, surrounding mill towns, streetlights and even the Spartanburg, S.C., trolley, known as Palmetto Traction. 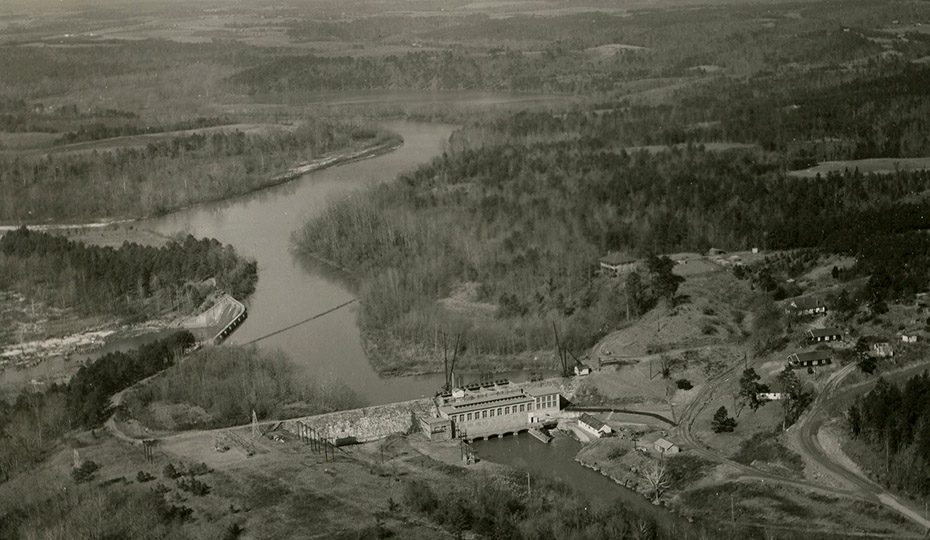 Gaston Shoals Hydro Station along the Broad River in 1951. 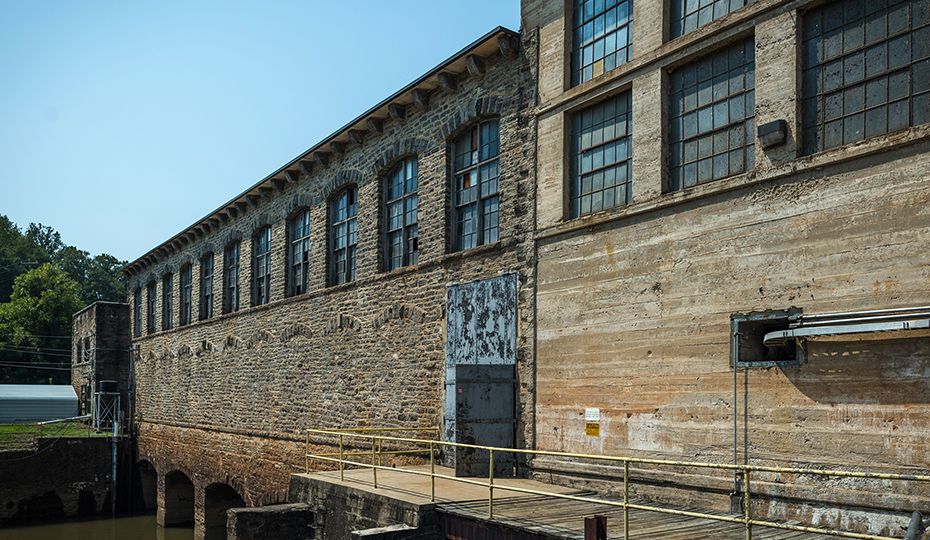 The plant’s 1907 powerhouse and dam were constructed of rubble masonry, rough building stones set in mortar. The concrete section of the powerhouse (on the right) was added in 1923 to house a vertical generating turbine, the sixth turbine at the plant. 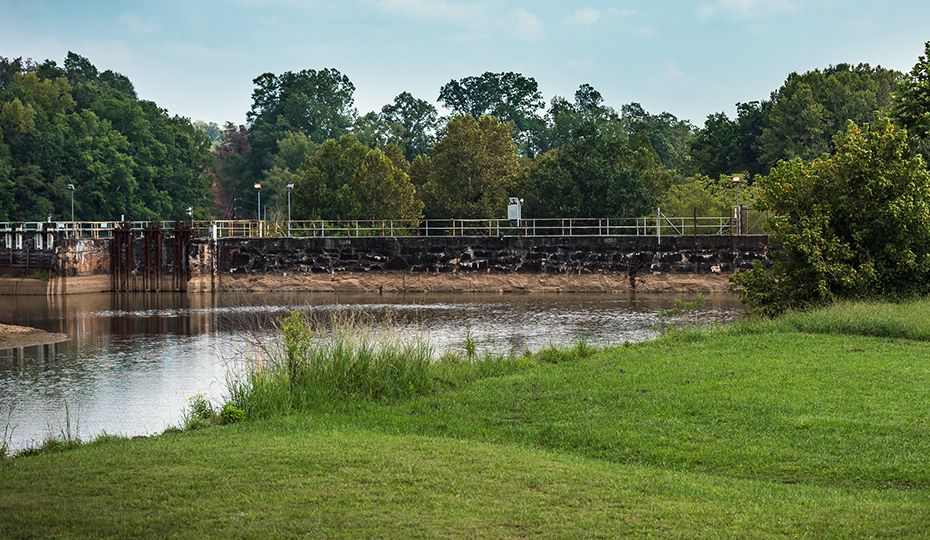 A canal leaves the Broad River just above Gaston Shoals and returns to the river in about 6,000 feet. The full pond impounded by the dam is 251 acres. The upper dam spans 707 feet. 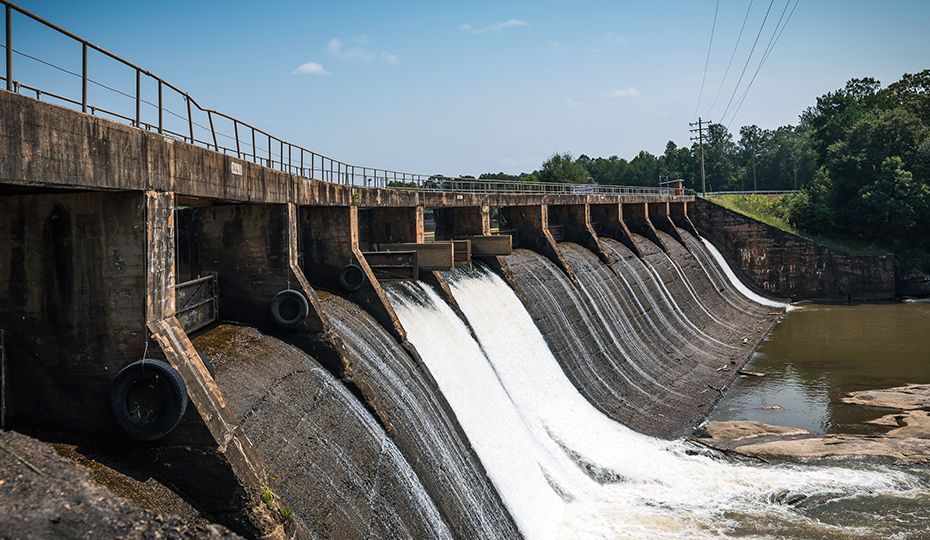 The 381-foot-long, 43-foot-high middle dam was built in 1916-1917 after the island was breached during the Great Flood of 1916. The dam features 11 barn door-style gates. During high water, the force of the water breaks a link, pushing the gates open like a barn door. 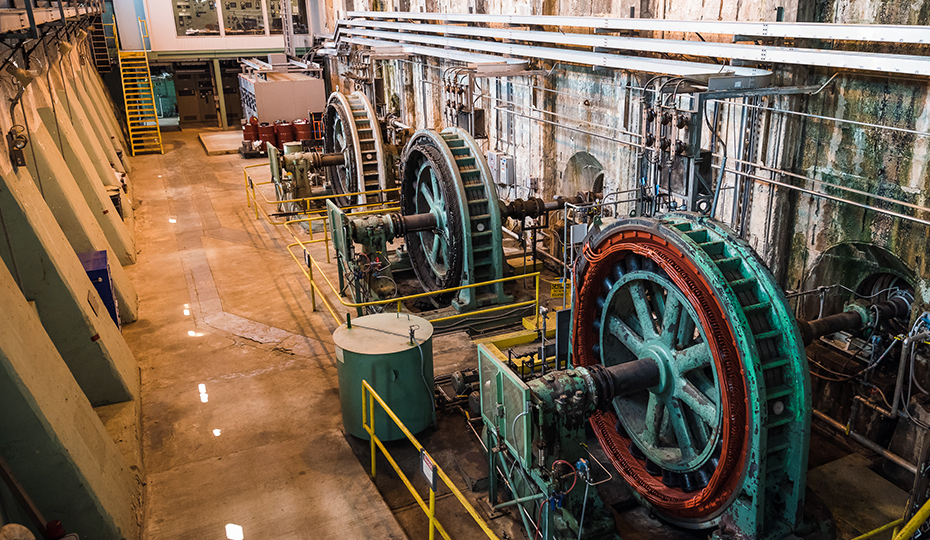 The powerhouse at the lower dam includes three horizontal generating units. In the early days of hydroelectric power, horizontal units were more common because of the lack of thrust-bearing technology used in vertical hydroelectric turbines. 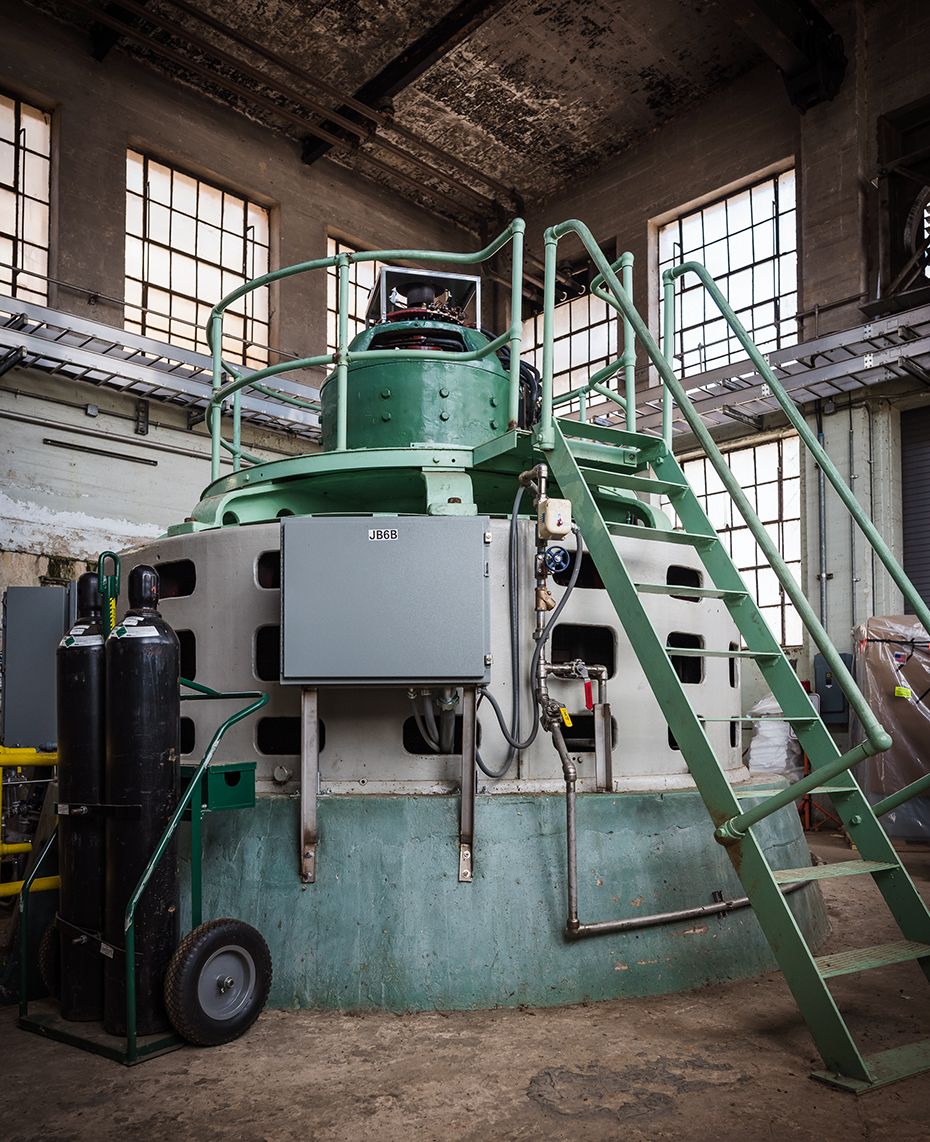 Unit 6, the newest and only vertical generating unit at Gaston Shoals, was constructed in 1923. Three of the plant’s generating units are still operating today.